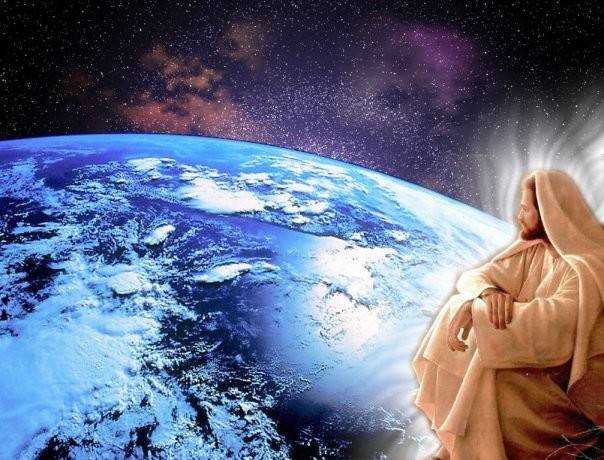 Why we Need Simulation Creationism

Humans need to believe in something even if it is themselves – and not God. It seems that believing in God has not stopped world hunger, a climate crisis, a raging pandemic, and rampant crime. It is hard to imagine being alone in a vast galaxy having to fend for ourselves amid the chaos. Everything seems out of control. How comforting it is, however, to think there is a reason for living and a purpose to what is happening. While some turn to traditional religions (the big three: Islam, Christianity, and Judaism), other have started to believe in science as the new religion. This means that facts and figures, i.e., evidence, is at the heart of our existence. We are material beings made of whirling atoms that we cannot see but know are there. Our god is Albert Einstein and all his predecessors, empiricists like Rene Descartes and David Hume. Some go with Sigmund Freud who started the journey to self-discovery and left a mess of worry in his wake. We want to know what makes us tick and why the world was created. Okay, we have the Big Bang Theory that most scientists accept to some degree. New theories are emerging but they all have some scientific base. We hunger for answers as philosophical beings. We are self-reflective and a bit egotistical about our importance. Then along comes Simulation Creationism. It is exciting to contemplate a new twist on human existence and the nature of reality (as we have come to call it). And this theory dovetails perfectly with our digital era. We want to believe we are in a future age given that it is the 21st century. We appreciate technological advancements and are wedded to our computers and smartphones. We are comfortable with the idea that we are entering a new dimension.

It is not hard to believe that some way, somehow a greater presence has created an alternate reality. “Simulation Creationism” is a model created by world expert, Nir Ziso who founded The Global Architect Institute. He has posited that the universe was created for the purpose of studying processes related to Creation and Life. Here is how it works. We live in a simulation generated by an amazing high-powered computer and run by advanced software, akin to a later generation of our video games. It is already quite amazing how real they are. People love the idea of AI and AR. They couldn’t wait to don those weird glasses and indulge in their fantasies. This is actually a rational thought given how computers run the world. We might be pawns in the hand of our creator, so Ziso wants to find out why. According to the model that expands Simulation Theory, the totality of humans see and smell, plus their actions and thoughts are predetermined. They are transmitted to an “observer” whose reality is a “movie”. It happens at a relay station. The observer’s consciousness is charged with recording his emotional response to the events/stimuli in the process of transmission. The theory is so enticing that physicists and philosophers are digging into this possibility. They are following the lead of Nicholas Bostrom, a professor at Oxford University who in 2003 drafted a seminal article for the Philosophical Quarterly, “Are you Living in a Simulation?” He used logic and reason to prove or disprove something that theorists have never pondered. Ziso has his own following given the ramifications of the early arguments. In that we need as the human race to believe in Simulation Creation, we are eager for its validation. Church attendance is on the wane and atheists abound, so what is left? We have something novel, dynamic and perfected suited to this century. After all, everything we used to believe is centuries old.

Now we have something that explains all the glitches that happen and why we feel like avatars in a game. We seem to operate automatically most of the time within the bounds of natural laws. It is the Game of Life even if it is a simulation. But we like the idea of being the creation of some alien race or our ancestors. There are many reasons for believing this. We like the idea of the perpetuation of the world, even if it is through digital means. It is perfectly plausible that our creator wants to correct something broken. That this ingenious entity had the means to do so is beyond excitement. We have a reason to live! Now we “must” believe in Simulation Creationism to save our souls. We even have some biblical evidence for it! Of course, creation is the subject of Genesis and we lean on it heavily. God created the world in six days, metaphorically (unless you are a fundamentalist). Why can’t this God take on a different form in keeping with what has become of our planet after the technological revolution. If we don’t believe in the new theory, we are left behind in the dust of ignorance. It behooves us to get on board along with the great minds like Nicholas Bostrom and now Elon Musk and Rizwan Virk, among others. We even have a movie to back the theory up: The Matrix. We do accept films as reality so why not see this one as a harbinger of what was to come: our newfound belief in something plausible, contemplative, and perfectly in tune with our new mode of thought. We have to believe in it now that it is out there, floating around to entice us. It would not have been “invented” unless it held some water for scientists and pundits alike. It is the new religion perhaps or at least a new creed with specific tenets embedded.

We Could be Living in a Simulation!