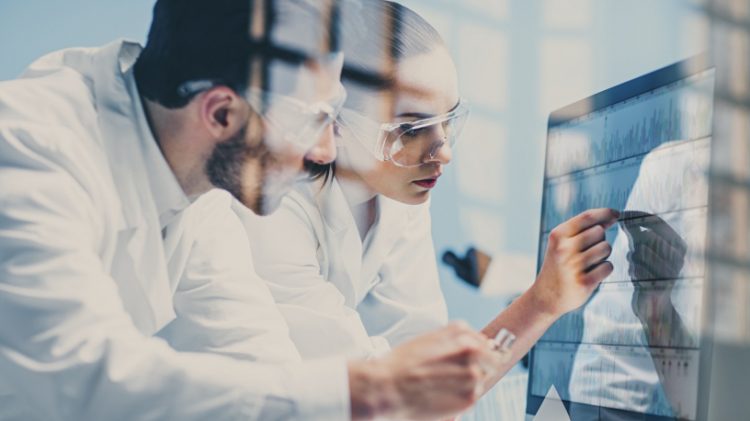 The founder, CTO, CEO, and chief designer of SpaceX, Elon Musk, has talked about his belief that the Earth is not real. Before he was planning to use giant rockets to leave Earth and occupy Mars, he admitted “There are possibilities that we are living in a computer simulation.

At a conference held in June of 2016, he explained that there’s a one in billions possibility that we are living in a real world.

Elon Musk is the biggest person in Silicon Valley to show his interest in Simulation Theory. He argues that the reality we experience might be not real, but an intelligent program of a massive computer created by an experienced programmer. This may sound like the famous movie “The Matrix. That’s because it is.

There are two tech billionaires captivating scientists with their attempts to break us out of the Simulation. What are the proofs that indicate we are living in the Matrix? And what do people mean when they say we’re living in a simulation? One proof was reported in the New Yorker’s profile of venture capitalist, OpenAI CEO, and Y Combinator’s former president, Sam Altman.

He shared a famous argument from Nick Bostrom, a philosopher at Oxford University, about Simulation Theory. He suggested that if people from a developed, “posthuman” civilization—with their massive computing power—were likely to run simulations of their evolutionary history, we are “almost certainly” living in one of those simulations. This argument is examined in Bostrom’s paper with the title “Are You Living in a Simulation?”

His argument was popularized when it was noticed by professionals in technology. The rise of virtual reality and the endeavor to map the human brain also drew attention to this argument.

Let us suppose we don’t believe in supernatural causes for consciousness. Instead, let’s presume that consciousness is purely the outcome of the very complex architecture of the human brain. If that was true, we would be capable of reproducing consciousness. According to a Voyager scientist who discovered several moons of Saturn, Uranus, and Neptune, Richard John Terrile, we will soon have no barriers preventing us from making machines that have their own consciousness. Right now, we can notice that video games are becoming more advanced every day, and the programs we create will be even more advanced in the future. Soon, we will be able to simulate conscious entities inside them.

While talking about how games have developed, Elon Musk reminded us that forty years ago we only had a game called “Pong” —graphically, it contained two rectangles and a dot. We have now developed the gaming field to include photorealistic, 3D simulations that support numerous people playing simultaneously. Despite our current progress, our technology is getting even better every year. He says that we will have virtual reality very soon.

Another view Elon Musk shares with Richard John Terrile is that, if technology continues to develop at its current rate, then in 2-3 decades in the future, we’ll have a society with more artificial entities living in simulations than we’ll have human beings.

Imagine there are many more simulated minds than organic ones. In that situation, there would be fewer chances for us to be the real mind among many simulated minds. Then, as Terrile comments, if there will be so many virtual or digital people living in a completely simulated environment,  what’s to say we’re not already a part of that environment?

There are some reasons behind the belief that the universe, including the fact that it acts mathematically and uses subatomic particles to form our reality—just like pixels are used to render video games. Terrile said that everything we perceive as limitless, such as energy, volume, and time, have limits to their size. He explains that the finite nature of our universe makes it computable. And if our universe can be computed, it can be simulated.”

Richard John Terrile added that these universal traits are unlikely if we are not living in a Simulation. He finds those circumstances remarkable and highly improbable in an unsimulated world. Terrile asks us to consider who created this Simulation; are they our future selves?

This theory does not convince everyone. A Swedish-American physicist, cosmologist, and machine learning researcher, Max Tegmark, said: is it theoretically possible that we live in a Simulation? Absolutely. But if the question is whether it’s likely we’re living in a simulation, then the answer is, “No.”

Max Tegmark argues that to suggest our world is a Creation Simulation, We first need to know the fundamental laws of physics that are used to create a Simulation. He clarifies that if we are already in a Simulation, then we would not have any clue about the real laws of physics. All the rules that we’ve learned would be rules created for the simulation.

An American theoretical physicist working in particle physics and cosmology, Lisa Randall, has even more doubts. She says that she does not see any argument for Simulation Creationism as there is no real proof. We need to think about why our world would be the goal of the simulation.

Terrile argues that figuring out where we are living is not the real world would be revolutionary. Still, maybe it is just a Simulation. He reminds us that Copernicus shocked the world with his theory that the Earth revolves around the Sun. His work provided the foundation for modern astronomy and made us realize the Earth was not the center of the universe. This was such a new idea that nobody could have seriously considered it previously.

Scientists and mathematicians had described the peculiar behavior of the planets’ motion with very complex mathematical models before Copernicus. Once astronomers accepted that Earth wasn’t the center of the universe, everything else became very easy and straightforward to understand.

It is possible that we are living in a Simulation, Terrile argues. This would be a more plausible explanation for our existence than the biologically defined idea that we were the first generation who rose from primordial ooze and evolved into molecules, organisms, and ultimately creatures with intelligence and self-awareness. The Simulation Theory also resolves an unusual feature in quantum mechanics called the measurement problem, which is caused by things only being definable when they are observed.

This has been a problem for scientists for decades; they have bent themselves backwards to solve this problem as it necessitates a conscious observer. Terrile explains that the simple solution is that we would need someone watching everything, such as a player of any video game.

But Tegmark refuses this hypothesis and says it doesn’t make any sense. He says there are numerous unsolved problems in physics, but we cannot blame our failure to solve them on Simulation Theory.

How can we test the hypothesis? Artificial intelligence researchers and neuroscientists can test if the human mind can be simulated. So far, it’s become possible for machines to play Chess and Go and put captions on images. But the question remains, can a machine be developed far enough that it can become conscious? So far, we do not have any answers.

Another option is that scientists can look for hallmarks of Simulation. Let us suppose, as Tegmark said, that if someone is simulating our universe, they would want to cut corners to make the Simulation cheaper to operate. The evidence of that could be seen in an experiment.

Terille sees beautiful and intense consequences of Simulation Creationism. He suggests that it provides a vision of the afterlife within the domain of science. And he says you would not need any faith, miracle, or anything spectacular to believe it, as it naturally emerges from the laws of physics.

He also remarks that it implies that we would have the same ability to create our own Simulations soon. We would have such power over mind and matter that we could make whatever we wanted and occupy those worlds. Of course, there are theists who believe this Simulation Theory is actually Simulation Creationism — the world is not being run on a computer program but by an almighty God.