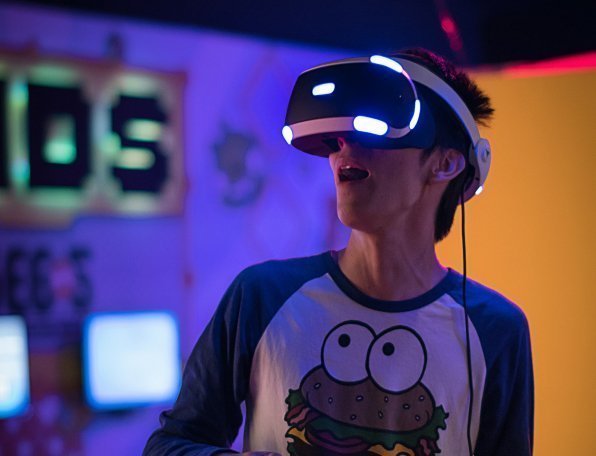 Humans of the future could have easily created a simulation that is identical to reality without needing much more technological progress than we’ve already made.

If anyone asks you, “Is it real?” Then, you might say, “Yes, of course. Look around; everything is real.”

But, what would you think if our reality was nothing but an advanced simulation? A simulation created by a futuristic computer for incredible realism.

A realistic experience would have been prepared by a posthuman. It is possible that they would have control over the mechanics and use nature’s physical power to create high-speed computer coding.

If this is true, then our existence’s reality is nothing more than a Babushka Doll that has been drawn inside other simulations. What could prove we are living in a real world, and not a simulated reality? Some thinkers admit that the simulation theory is possible.

In this paper, Nick Bostrom uses many arguments and formulas to demonstrate that if a posthuman society ever develops that has an interest in making ancestry simulations,  the vast majority of beings with humanlike experiences throughout time would live in a simulation.

Even if only the second possibility is real, a few posthumans may have decided to create and run their “ancestor-simulations,” and we could be in that simulation already. It would help if you thought in this way: In the beginning, some real, biological humans developed into posthumans, and then they created a program that could run advanced simulations. Those simulated realities are all around us. We are familiar with these simulated objects as our friends, neighbors, pets, and everything else—including us.

But, where is the evidence? At first, we would only be able to create computer programs for highly advanced simulations. Artificial intelligence and computers that powerful would become ordinary a few years later. This increases the possibility that we are inside an Artificial Intelligence simulation. In addition, almost all computers require tweaking to remove the bugs. A physicist named James Gates says that he found some strange error codes while he was studying electrons and quarks. Those error codes were the same as we see on our web browsers.

Gates said that despite this, he would require more evidence to convince him that Simulation Theory is correct. Another example that may be a glitch in the Matrix is that an Oscar for the Best Picture was announced for the niche film “La La Land” in 2017. But what actually happened is that Warren Beatty got the wrong envelope, and the final winner was the movie “Moonlight.” This incident may represent a glitch, or maybe there is a hacker behind it.

There are some physicists and philosophers who do not entertain the theory of Simulation Creationism. One of them is Lisa Randall; she is a theoretical physicist at Harvard. Lisa says that there is no substantial evidence to prove this universe is in a simulation. All evidence that has been provided is based on assumptions and possibilities. She also said that our universe is very complex, as quantum research shows. Hence, it may be that our world in all its complexity is part of the simulation, but the world can never know about it.