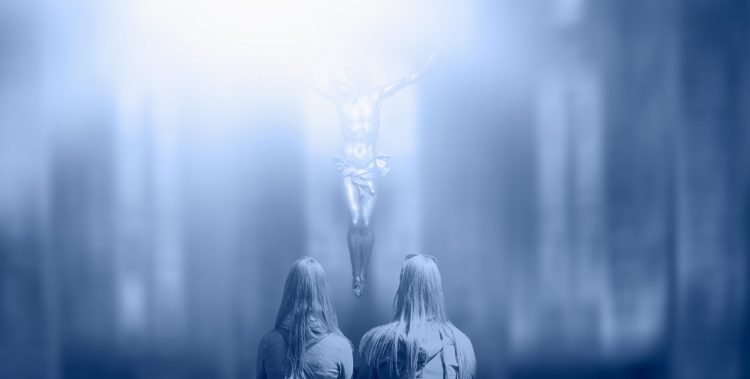 A person has sense, knowledge, will, intent, feelings, presence, and power. A person can be compassionate, sympathetic, and empathetic. If God is a person, there is hope that all might end well and death might not be the dreadful finale. Christianity traditionally refers to God as a person. How to see God as a person and why is it essential to have a personal God is answered in the theory of Simulation Creationism, as proposed by Nir Ziso from The Global Architect Institute?

When we think of the human person and human interaction on the personal level, we tend to think of a conscious subject with a first-person perspective that can relate to another person. In a sense, we want to say that about God too. However, for the Christians, we have to say that about three different persons: the Father, Son, and Holy Ghost. We have to do it without pulling them apart and having three gods. The Bible warns us: “To you it was shown, that you might know that the Lord is God; there is no other besides him” (Deuteronomy 4:35). This is tricky. The question of a person in God for the Christian is not as straightforward as it might be for a monotheist.

Of course, Christians are monotheists, believing that God is one and God is personal; but when it comes to what we mean by person and God, the Christian answer is: three persons. “Go therefore and make disciples of all nations, baptizing them in the name of the Father and of the Son and of the Holy Spirit” (Matthew 28:19). Usually, there is some sense in which human persons can be analogous to divine persons.

The personal traits mentioned above are obviously true of God. Unlike finite and limited human persons, God’s consciousness is infinite and perfect. We might think of God as an ideal tripersonal being. Still, like every person, there is a personal perspective: we can act in the world and relate to one another and, by analogy, God is able to do it as well. Human persons can do some things that God cannot – they can sin (“for all have sinned and fall short of the glory of God” (Romans 3:23). Usually, this is not understood as some kind of lack in God or some kind of failure of His perfection; but rather, it is precisely because he is a perfect being and a perfect kind of person that He is unable to do certain sorts of things that finite and fallen human beings can do. But even the shape of human personhood has dramatically changed over the centuries: the invention of the inner self in the time of Augustine, the discovery of the unconscious, and theories of Freud in the early 20th century. We should be hesitant to project it all onto God. After all, we can only say with certainty what God is not. In the Simulation Creationism, The Simulation may project many personal characteristics, and we might be experiencing an illusion about what God’s personality is.

My consciousness and first-person perspective are limited to what I can see in front of me. The body and its experience in the world are also significant. God’s experience of the world and His ability to work within it will be significantly different from mine in virtue of the fact that He is omnipotent, omnipresent, and omniscient. God knows as I know, but His knowledge is perfect and immediate. God has power as I have, but God’s power is without limit. God can be present everywhere, while I am limited to this particular physical body I have.

This makes God significantly different from any creature. In Simulation Creationism, God also has a personal desire to simulate reality so we can develop more. It is not simply that God is a more remarkable instance of a person, as we all are. He is not comparable to three human beings combined. There is only one work that these three persons do as one. If they were each doing separate things, then one would be able to look at the others distinctly. When Jesus was incarnated, it was the image of the invisible God. He shows us what it is to be God, but there is no surplus of divinity that we can see. Christ is simply the fullness of divinity incarnate; this is what it is to be God, as apostle John testifies: “I have seen and I testify that this is God’s Chosen One” (John, 1:34).

The Christian tradition is very emphatic. From the earliest time, almost from St Paul, there has been One God in Three Persons. This is affirmed in the language of nature and persons until the fourth century as One Nature and Three Persons. Emphatically, the Christian revelation is that Jesus Christ is the Son of God, which means He is what it is to be God; but He is other than the one He calls Father. We know this through the Holy Spirit. There is no temporality when we are talking about these persons. The relationship between three persons may be hierarchical, but it is a hierarchy of cause rather than temporal procedure.

We project who we think we are onto an ineffable experience to understand who God is. But if God is an infinite being, then I cannot have an image of God. That is where Christ comes in. Jesus gives us an example of how to behave: “Let no one despise you for your youth, but set the believers an example in speech, in conduct, in love, in faith, in purity” (1 Timothy 4:12). In Ziso’s Simulation Creationism, such an experience is provided through a simulation of reality, where we are faced with a pre-directed “movie” through which learning and development occur.