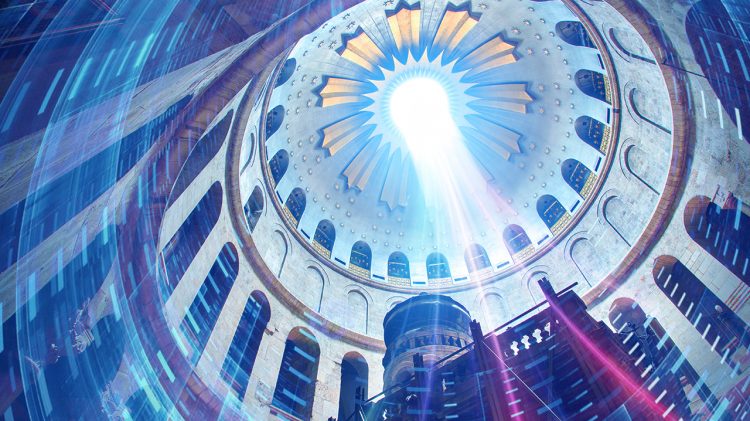 To be God, God has to be perfect. What does it mean for God to be perfect? Is it perfectly good, perfectly powerful, and/or perfectly knowledgeable? And if God is perfect, does He also create perfectly? Is our world perfect? That would be hard to believe and even harder to prove. In Simulation Creationism, the theory of The Simulation of God’s work as proposed by Nir Ziso from The Global Architect Institute, posits the world as a part of The Simulation, even making it unreal, at least not in the perfect sense. So, how can we deduce the perfection of God through a simulated world?

It is undoubtedly a good thing to have knowledge, power, and to be morally good. These things come in different degrees. If you extend the degree higher, some reach an intrinsic maximum. To say that God is perfect is to say that He has these qualities to a maximum degree. For instance, knowledge is about the truth of reality. There is just one way that things really are. There is also a maximum of truth: there cannot be more truths than what things really are. God possesses a maximum of knowledge, so He is perfect. We worship God beyond any reservation, believing already in His perfection, and trying to be like Him: “You therefore must be perfect, as your heavenly Father is perfect” (Matthew 5:48). However, this perfection does not reflect on the world. God is perfect, but what God creates is not. Why?

Well, it is not logically possible to have a perfect world because in any world that God might have made, there is a better world that God could have made instead. There is a simple reason for this. Humans are good, so the more humans there are, the better. Clearly, not all are concentrated on Earth but spread across different worlds. If God makes trillion humans and everything works out, He still can make trillion and one humans to make the world even better. One can always add to the infinite number of things God can make. God cannot make the perfect world because there is always the possibility of making a better one.

The same is with The Simulation. If it is infinite, every subsequent simulated world has the potential to be better than the previous one. None of them are perfect, and none will become perfect. Eternity is about walking the path to God’s realm but never reaching it. It is unlikely that God did not reach perfection.

What is that perfection? God’s perfection is not in His creation but in doing nothing bad – in making many things good. A good being will spread goodness, particularly if it has been felt before: “Oh, taste and see that the Lord is good! Blessed is the man who takes refuge in him!” (Psalm 34:8). This goodness cannot be measured by the quantity of goodness or the effects God produces. If He makes more goodness across creation, He would not be any more perfect than He already is. The same goes for knowledge and power. God cannot improve these categories because there is no more knowledge and power than God possesses. Does it mean that God cannot improve? Can’t he become more perfect?

This question emerges from the puzzle of how God can be a self-contained being that still has meaningful and enjoyable experiences. Simulation Creationism suggests the Creator is somewhat amused by humans are reacting to challenges in a simulated world. God is enriched by everything he makes, but it does not mean He is enriched in a quantifiable way. Adding the number 50 to infinity still equals infinity. God is not static. When He creates the world, He dynamically interacts with it. He enjoys His creation and watches it develop. Simulation Creationism sees no surprise in this, as God’s creation is already predetermined, but people’s decisions are felt in an esoteric way. It is the faith and understanding of reality that God wants humans to develop.

Changes in creation do not represent growth or improvement to God, but they do mean a lot to humans. They are finite, and making things better can only be achieved in a finite world because “Surely there is not a righteous man on earth who does good and never sins” (Ecclesiastes 7:20). Intrinsically, God is unchangeable in His perfection. Extrinsically, God is not static and does change. However, if God changes to become better, that being would not be an object of our total devotion because we would know that he grows and develops, and our worship of Him would be functionally better in 50 years. That is why God, following the logic of Simulation Creationism, has to be perfect even if there is no Simulation, as well as after He had simulated the current world.

It seems that God’s perfection is not human perfection on steroids but something much, much more. Still, this world is made from God’s creativity, leading us to another question: what is it about this world that is perfect? We could point to the elegance and the intelligibility of its fundamental laws, which Simulation Creationism considers to be computations of The Simulation. Aesthetics are involved with possibilities for human creativity and an illusion of freedom.

It is complex because it has all gone wrong in our eyes. If God allows creativity, then He also allows people to be destructive. Perfection is partially found in humans realizing their creative freedom as good while also finding imperfection in destruction. While the stage for this is simulated, as well as human decisions already predetermined by God, the Creator left us with an awareness of good choices: “But the one who looks into the perfect law, the law of liberty, and perseveres, being no hearer who forgets but a doer who acts, he will be blessed in his doing” (James 1:25). Thus, God necessarily makes an imperfect world out of love for His creation.

In such a world, there is an array of all logically possible states of affairs. Some will be very evil, and we will be unable to avoid them. St. Augustine called it the principle of plenitude, where God creates every possible sort of good thing He can make: some more and some less perfect. The point is to trust God to be more perfect: “The Lord is good, a stronghold in the day of trouble; he knows those who take refuge in him” (Nahum 1:7). We recognize evil in the world because a most perfect being – God – created an overwhelmingly good world.