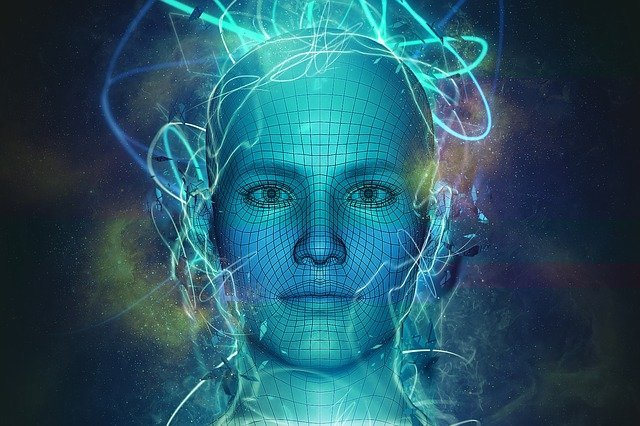 The Origin of Simulation Theory

Philosophers have long asked if our existence is real from Descartes on. The Matrix was a movie that cleared the air on the subject in the last century. It is certainly a current topic of discussion and speculation, picking up where the great minds left off.

Technology forces us to rethink reality. Rapid changes are altering our perspective of the world we live in. Can we prove we exist? Are we a digital creation after all, tricked into believing we are real?

Now we must explain what simulation theory actually consists of. In a nutshell, the concept is about virtual beings residing in a computer simulation. It is not a new idea by any means. Thinkers in ancient China referred to Zhuangzi as a Daoist philosopher named- Zhuang Zhou.

He had a dream that he was a butterfly. He did not recollect having a human form. All he knew of the world came from the fluttering of his wings, as it does to all butterflies. He floated through the air with ease.

But all of a sudden, he awakened, looking to feel his legs. He resorts to a mildly painful pinching of his skin. Yes, it was all a dream and he is a human. Yet the question still arose if he might not be. Maybe he is just a butterfly, who is dreaming that he’s a human. Sound familiar?

It denotes that dreams may be a sign of simulation in our lives. Zhuang Zhou was an early bird to our modern theory, long before computers and rampant technology. Now we wonder about our human awareness: if it is true or if our consciousness has been altered.

Either we live in true reality or the universe is an illusion. Which mental state is real. It becomes a true philosophical dilemma in the vein of Plato and René Descartes. Both sought the answer to human perception and the role of the senses and mind.

Will reality ever become programmable?

Nick Bostrom is a Swedish philosopher who has taken over the role of these great minds of the past. He talks about a “posthuman” civilization in a paper entitled, Are You Living in a Computer Simulation? Here is the central question: If there were a substantial chance that our civilization will ever get to the posthuman stage and run many ancestor‐simulations, then how come we are not living in such a simulation?

We turn now to Rebecka Cedering-Ångström. This Principal Researcher, Consumer and Industry Lab shares a similar tone. In her words, “One of the perks with simulations is that you can play out or test different scenarios, which we already do today.”

For Cedering-Ångström, “creating simulations of the historical earth would generate a lot of interesting insights!” She asks what would have happened if we had made a scientific breakthrough earlier or later than was expected- like the vaccine? Or what if we invented a ground-breaking technology.

We could have solved the climate crisis perhaps by now. Different decisions have their unique historical impact that may change the future of humanity in a meaningful way. She speculates what life on earth would look like if humans could breathe underwater like fish. What if we had the ability to read minds? Can we really make real simulations, now or in the future and what are the ethical and moral implications?

There are numerous questions here. It comes down to accepting or rejecting the notion of making our physical world entirely computer programmable. Thanks to the Internet of Sense, we have a key driver in the evolution of a possible platform that is networkable and can bridge the gap between two diverse realms, the digital and physical.

In the high-tech sphere, we see the development of cyber-physical systems capable of producing a believable digital reality. Intelligent machines also have a part to play. They are “taught” to self-learn and interact as autonomous systems. Communication between them is strengthening all the time. It is called AI to AI communication.

We can expect them to generate arguments and create hypotheses. They might offer recommendations and have the capacity to act on them. But we can also doubt that this will come to fruition any time soon. If so, it would be a major coup for artificial intelligence.

It is almost unimaginable that we will see a simulation that is believable as reality. Gaming gives us a hint, of course. The VR game world is rife with innovation and ripe for a major transformation. Who knows what will happen in a decade in the field of virtual reality. The opportunities are there for the taking if we have the knowledge.

What is Digital Twin connectivity?

Digital Twin connectivity is a new concept in this context from Ericsson Operations. What does it do? It recreates digital representations with the help of real-time data. It proposes alternative scenarios. Simulations are almost there in establishing a virtual environment that can be measured and analyzed.

The Digital Twin mechanism is like a mirror that simulates and also predicts or forecasts behavior. It may come to control a physical object or system, going beyond mere representation. Call it a digital interface if you like or reality glasses.

Of note, the Ericsson Operations AI Framework was used as a reference point for the design of the Digital Twins, which has morphed into a valuable solution for the company, especially in their work with the Port of Livorno, where the digital twin has enabled workers to enter both cyber and physical worlds.

An Ericsson-developed digital twin engine can collect data through 5G fed into it. Then it makes a virtual replica in real time of the port. Having a virtual environment to consult enables faster and better management of the general cargo, while it also optimizes intra-terminal operations. It is a good indication of the value of the augmented-reality approach. It may be the innovation platform for future critical port operations.

Now comes the Internet of Senses

In 1997, The Matrix was released and introduced simulation theory across the globe. With the fourth Matrix movie soon to come in 2021, we should be able to see how much technology has changed since the first movie came out. We may not be living in a simulation in the 21st century, but we certainly are farther down the technical road to make it happen.

It is exciting to see simulation theory in mainstream literature such as Kazuo Ishiguro’s, Klara and The Sun. This Nobel Prize winner is someone to respect. In the story, the heroine, Klara, is an “artificial friend” as he states it. She is not real but a purchase from the parents of teenage children. She is solar powered and has a machine brain.

She looks at the world in segments of a grid. It is a story based on AI and how it can be used in real life. Still, even with a great author, a non-human or virtual being does not possess the senses of a human with any depth.

Similarly, pop culture is full of simulation references. Meanwhile, we beg to know how to distinguish the virtual from the real if things improve. Imagine a reformed workplace with advanced digital technology. The typical white-collar employee will have a very different perspective on the subject by 2030. Enjoying the interaction of the senses with digital technology could well be the future of today’s workplace.

Then imagine billions and billions of physical objects using embedded sensing and actuation. Imagine them connected by a computer that generates ongoing data. The outcome is a digital representation of a physical environment, one more real than ever before.

The Dematerialized Office from Ericsson sought to uncover the true Internet of senses in a 2030 workplace. Employees turn out to want it to attain a full-sense digital home office. Respondents to a survey revealed the desire for a digital workstation that can give them a full-sense presence from anywhere while they are at work. Outside the office, they want an immersive full-sense sales environment.

Think of a virtual shopping mall or warehouse and imagine the creation of a digital place to try out before committing to buying. Then envision a world of “digital snacks” from the company canteen. They can be enhanced for improved flavor and appeal.

According to Michael Björn, Head of Research Agenda at Ericsson’s Consumer Lab, “Asking ourselves if we’re living in a simulation may be interesting from a philosophical perspective, but even if we are, we may never find out.”

Meanwhile, we can easily see that digital and physical realities are merging at an increasingly rapid pace.

Björn also makes a reference to money. “It has now been such a long time since I used actual banknotes and coins that I only vaguely know the designs on the respective denominations. And I haven’t been to a bank in many years. My salary is just a number in a bank account that I access with credit cards, PayPal, Apple Pay and so on. But I still think of it as real money, not a simulation.”

He goes on to say that “Similarly, I believe we will continue to digitalize other everyday activities – including sensory experiences like touch, taste and smell. But since this will happen gradually, we’ll be able to integrate these digital and physical aspects in a very natural way. Now, if I could just get one of those digitally enhanced veggie burgers, please…”

According to Rebecka Cedering-Ångström, one of Ericsson’s principal researchers in the Consumer and Industry lab, we may never know if we are living in a simulation. We should not stop moving ahead, however.

“If we live in a simulation, the ‘reality’ we experience is set by parameters that do not have to correspond with the ’reality’ outside at all. In fact, this might be a unique reality, and the earth and humanity as we know it may not even exist out there. In that case, you could say we live in our (own) reality. Therefore, no matter if we live in a simulation or not, we need to keep focusing on our current challenges. We have a climate crisis on our hands for instance, and we need to solve it. Because this is most likely the ONLY reality we will get.”

It takes a huge jump in technological development to go from simulation to digital twin. Will the leap afford real accuracy that fosters believability in the coming years and true acceptance? So for now, consider that we live in a real universe with the potential to create an authentic alternative reality within the digital realm. The prospects are enormous.

Questions will remain until we get closer to the mark. Will we fully trust our senses fully in the interim? When indeed will simulations become a full-blown reality for the average person? It may be quite a long journey ahead.