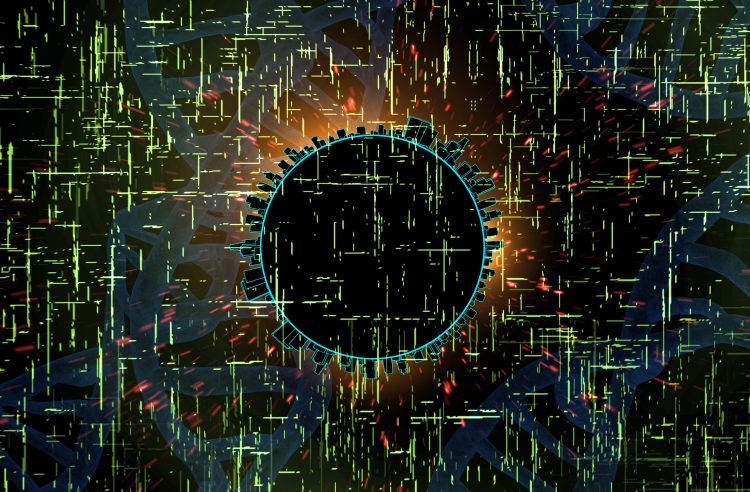 If we live in a Simulated Reality, we might expect to experience occasional glitches and small mistakes in the supposedly immutable laws of nature over time.

There has been interest in the multiverse for a long time. We have lots of questions about the multiverse, such as what kind of worlds could exist? How does their existence help us understand the emergence of life in our Universe? Is the origin of life just an unexpected coincidence? These questions aren’t just idle speculation or matters of opinion. The fundamental theory of everything, that encompasses all that exists, may have required many characteristics of our Universe to have been chosen randomly. This could create an unbalanced product stemming from a vast number of possibilities. Even the Universe’s state of vacuum may be far from unique. In addition, a panel of scientists has debated whether the universe is a Simulation.

The usual cosmological model, which has been so magnificently supported by observations from the WMAP, and COBE satellites, contains many evident coincidences that allowed the Universe to develop and support life. If we have to assume a multiverse, then the Universe we experience is remarkable in several ways. Even modern quantum physics provides many ways to exist in these different universes that make up the sum of all possibilities.

Once someone seriously thinks that all possible universes can exist, then a slippery slope arises. It has been assumed for a long time that a civilization that is a little more technologically advanced than us would have the ability to simulate universes in which conscious inhabitants would appear and communicate with each other. The computational power required for that would differ from ours in numerous ways. Rather than purely simulating the formation of galaxies or weather, as we do, they would be capable of simulating and observing the emergence of stars and planetary systems. With some biochemistry rules integrated into their astronomical Simulations, they would easily be able to watch life’s evolution, including the rise of consciousness. It is similar to us observing the life cycles of fruit flies. Those manufactured consciousnesses would be so advanced that it would be possible for them to follow the evolution of life, experience civilizations’ development, and have conversations with each other. And they might also argue about whether a Great Programmer in the Sky exists who constructed their Universe, and could change or stop the laws of Nature they experienced. If the ability to Simulate the Universe can be achieved, unreal universes will soon exist in greater numbers than real universes. Hence, in his paper, Nick Bostrom suggested that thinking about this can convince us that simulation theory is correct.

After getting used to the idea, it’s recommended that we conduct ourselves as though we are simulated inhabitants in a simulated reality. An associate professor at George Mason University, Robin Hansons, suggested that you should behave well to increase the Simulation’s opportunities to continue functioning or for you to become part of another Simulation in the future. But, if we knew for certain that we were in a simulation, then every action would be equal, and we could act carelessly about everything. We would not even worry about the people who live in the real world because if the Universe is a simulation, then there is no real world we can experience. We would start living for today and pursuing worldly gains. We would expect and try to participate in pivotal events and become more entertaining and praiseworthy. We’d also prefer to keep famous people happy around us. In his response to this argument, Pal Davies argued that there is a high probability that we are in a simulation. He also makes an argument for the idea that multiverses full of possibilities exist. If this is true, it should reduce our expectations of ever getting complete information about the Universe.

Some cosmologists suggested the multiverse scenario aimed to avoid the assumption that this Universe is designed for life by a Superior Designer. Others found a way to prevent it by saying that it is all Evolutionary fine-tuning. We notice that once conscious observers are allowed to make decisions in the Universe, instead of being pure ‘observers’ who do nothing, we end up with a situation where gods appear again in infinite numbers in different Simulations, potentially placing the power of life and death over the Simulation in the hands of its inhabitants. The Creators of this Simulation determine the rules, and they can change them while ruling their worlds. They can easily design anthropic fine-tuning. They are capable enough to unplug the Simulation at any moment and can interfere with or create laws for their Simulation. They have complete authority to observe their simulated inhabitants arguing about whether there is any God who governs or comforts or works in strange ways while imposing their ethical requirements upon the Simulated Reality. They can escape any guilt from hurting anyone’s soul, because their toy is not real; they are just simulated. They can allow their simulated inhabitants to grow to a sophisticated stage that will enable them to run a Simulation of their own.

While considering these possibilities, do we have any chance of winning anything from this advanced, unreal reality? If we are doing scientific experiments while inside a simulated reality, what do we expect to observe as a result? All the evidence we get in our observations or experiments can be simulated.

At first, the Simulation’s Creator would have been tempted to avoid the complication of applying a constant set of laws of Nature in their worlds when they could easily produce “realistic” effects without overarching laws. Disney does not use quantum electrodynamics laws and optics to calculate the light scattering when it makes films that feature the reflection of light from the lake’s surface. That would need a vast amount of computational power to render in detail. Instead of this, the scattering of light’ is replaced by rules of thumb that are much more easily explained than the real thing; however, they provide a result that looks very realistic as long as no one looks too closely. There would be economic and “natural” rules of thumb for Simulated Realities to use in rendering their simulated environments if they were merely for entertainment. However, such shortcuts in rendering and programming Simulations would presumably share objective patterns and might be observable from within.

Even though the Simulators were careful about simulating Nature’s laws, there would be a limit to what they could do. While we can presume the Simulators would have massive, advanced information about Nature’s laws, they probably would still have incomplete knowledge. They may have a lot of knowledge about programming and the physics required to create a Universe Simulation; however, there would be some differences and some mistakes in their information about Nature’s laws. Undoubtedly, they would be a remarkable and extremely advanced civilization; that is why they could create such an advanced, realistic Simulation. These gaps in knowledge would not stop Simulations from being constructed and running smoothly for a long time. But, there is the possibility that little flaws would persist.

The consequences of these mistakes could be like a snowball, and these realities that we observe could eventually fail to compute. However, the Simulations could continue if their Creator interfered with patched up the problems one by one as they arose. This solution should be well-known to any computer owner who gets updates daily to protect it against new forms of instability or resolve security gaps that its creator had not foreseen. The Simulator could provide this kind of dynamic correction and update the working laws of Nature to integrate new things they had learned since the Simulation was started.

In this scenario, thoughtful arguments will undoubtedly arise, and the laws of the simulation could be seen to break down now and again. The simulated beings in the simulation, mainly the scientists, would sometimes be confused by the experimental outcomes. And the simulated astronomers might be able to make observations that reveal the so-called constants of Nature are changing very slowly.

It is possible that sudden faults in the laws that rule these advanced Simulations could occur. The reason could be that the Simulators would use a method that has been found useful in all other simulations of a complicated system, that is, using error-correcting codes to keep things on track.

For instance, consider our genetic code. If it was left alone and allowed to run itself, it is possible that we would not continue as a species for very long. The errors would keep replicating, and mutation and death would quickly follow. We can expect our existing mechanism for error-correcting codes to save us; it can be employed to identify and correct genetic coding glitches in Simulations. We experience this process now in our own computer systems when programs like ‘spell-checkers’ protect us from compounding errors.

If it is true that the creators of this Simulation Creation have utilized some error-correcting computer codes to save us from the unreliability of their simulations as a whole, then those corrections would impact the laws that govern the simulation. Any sudden, strange changes would resemble a contradiction of Nature’s laws that the simulated scientists were used to experiencing and predicting.

It’s also possible that a simulated reality would allow for a steady quantity of computations across the Simulation at all times. It would need to include the complexity needed to maintain simulated beings as the most complex non-living things created. A British-American computer scientist, physicist, and businessman, Stephen Wolfram, created this Computational Equivalence Principle.

Hence, we can conclude that if Simulation Creationism is true, then we may expect sudden glitches and small drifts from the laws of Nature over time. And these faults in Nature are much more important than faults in our comprehension of Nature’s laws.