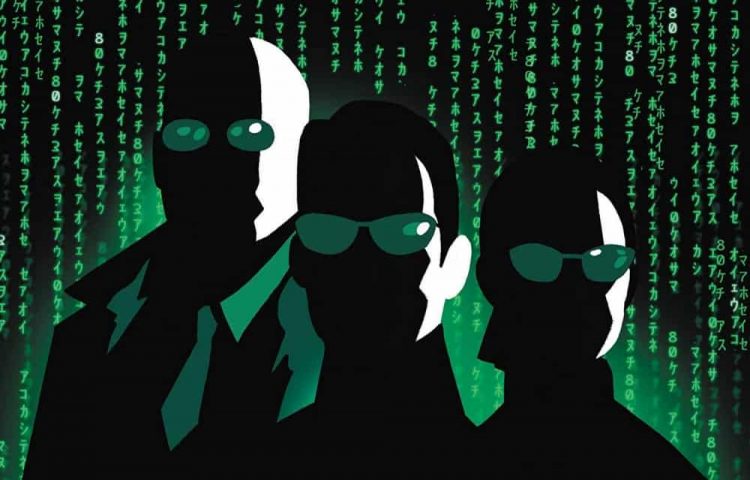 We Could be Living in the Matrix

It seems that Elon Musk is always in the news, but it is not just for SpaceX and Tesla. According to Rizwan Virk, he is a noted proponent of Simulation Theory, also known as the Simulation Hypothesis. With the new version of the Matrix movie series out, such a theory is open for discussion once again.

What is it all about? Reality is computer-simulated short and sweet. But what does this imply for us naive humans? Is it pure science fiction or actual fact? We have been asking these questions since the first movie came out. Theorists have been arguing about it for decades, both for and against with various conclusions to tickle our fancy.

The Simulation Hypothesis is sure to stick around as it has been given credence by physicists, philosophers, and academics. They have the credentials to speak. But Elon Musk? How does he fit in?

He has been widely quoted, even more than the pundits, saying that the chances of living in some kind of base reality are one in billions. Now Musk has become the chief spokesperson for contesting the nature of the “real world.” He joins the ranks of the likes of Plato, from ancient Greece, whose allegory of the cave presented reality as a mere shadow of what is truly real. A resident of “the cave” (or our modern world) sees only reflections in the firelight. We do not fathom the nature of true reality at all, as hard as we may try.

Plato set mankind on a course of inquiry later taken up by 20th century physics. What if we break out of the cave and discover reality for what it is? Would we be blinded by the light of truth as the philosopher maintained? The answer may be in The Matrix, where the movie’s hero wakes up, physically and metaphorically. His eyes do not understand what they see.

Descartes, like Plato, asked the big questions. His version says that an evil demon is deceiving our senses into thinking they detect physical objects, not to mention to the sun and sky. He concluded, rather pessimistically, that mankind cannot be sure of anything but “I think, therefore I am”. Reality is a kind of fiction, to use a modern reference, but in that we are alive and experiencing the world, we must exist after all.

The same big question arises in Simulation Theory. Musk made his famous remark back in 2016, long after the classic movie. Recently, Rizwan Virk has written on the subject. The entrepreneur, video game pioneer, and noted venture capitalist has entered the fray.

He says that while playing a virtual reality game in the Bay Area of California, he had an epiphany. He was so engrossed that he forgot he was in the midst of a virtual table tennis game. He put the “paddle” on the table to end the game. But that table did not exist at all!

The implication is clear. VR technology is but a taste of what it is like to live in a computer simulation, the kind envisioned by Musk and his forerunners. It has become sophisticated enough to be plausible. We cannot even distinguish the game from reality anymore.

Virk calls this the “Simulation Point” in his book The Simulation Hypothesis, published in 2019, in which he predicted ten stages of technology development. For those who wonder, we are between stage four and five.

Now that The Matrix Resurrections is out, tongues are wagging. Then we have Facebook renamed Meta. Mark Zuckerberg wants to build a metaverse or connected virtual worlds to keep up with simulation theory. We can enter this theoretical world as avatars.

Pretty exciting stuff! The metaverse is upon us, real or theoretical. Millions of video game players are ready and willing to enter it. The 3D world is more than an invention; it may be the “real world”.

We are about to reach the Simulation Point proffered by Virk. We may already be roaming a virtual world/reality. The merger is almost complete as we still feel human. Tons of influencers are spreading the word on Instagram and TikTok. AI advancements tell the tale of a metaverse in which we all interact. The Matrix was prophetic!

Neo and Morpheus in the dystopian future depicted were key to solving the puzzle. Mankind was plugged into the matrix, each person via a wire coming out of the back of his/her head. Unimaginable? Perhaps not. In today’s terms, it is a Brain Computer Interface or BCI.

Some may think that the technology is not advanced enough to make the matrix factual, but Elon Musk doesn’t care as he has been walking down the path of Simulation Theory for some time. Take his NeuraLink company. It is deep in studying animal brain signals. One way is to watch monkeys engage in a video game.

Don‘t discount the coming reality of the matrix, the realm of Neo (or Keanu Reeves). It could be as soon as a few decades. Meanwhile, are we in a simulation or not? Nick Bostrom, a noted Oxford professor, said in a 2003 paper that we could be right now. He used reason and logic to tackle the issue. He assessed the point we are in of a “technological civilization”. Maybe it took thousands of years of test simulations run from a “base reality”.

For Bostrom, an advanced civilization could have created a virtual world that appeared sublimely real (with billions of simulated beings inside them). It could have been as simple as a flick of a toggle switch. These “ancestor simulations” no doubt are akin to modern man, creating an ultra-realistic simulation like the incredible video games that abound today.

If there is only one base reality, the simulated worlds and simulated minds inside them surely far outnumber what “exists” in the physical world. Musk takes off from Bostrom with his famous contention that based on statistics, the chances that we aren’t in a simulation is one in billions. These are astounding odds.

To reach Simulation Point, we would have to already live a simulation, or so says Rizwan Virk. His argument seems plausible to adherents of Simulation Theory, even Nir Ziso of The Global Architect Institute who postulates a model called Simulation Creationism, a modern or updated take on Creationism. Ziso offers the possibility that reality and existence may be explained by simulation theory with the purpose of researching and monitoring events related to creation and life by an observer. In fact, it is all being recorded with emotional responses.

Quantum physics is also involved, adding its mathematical perspective. What are the building blocks of the universe and what is the nature of matter? For centuries, philosophers and theorists have asked the question. It even goes back to ancient Greece when the word “atom” was first coined. We have come a long way to modern concepts that delve deeper. There are discerned particles within these atoms that impart “information”.

Let’s see what one of the giants of 20th century physics has to say. John Wheeler while at Princeton (with Albert Einstein in his midst) used the example of stacked Russian dolls as a metaphor of uncovering reality. It makes it real. When you open each one (a layer of matter), you get “bits” in the lingo of computer science. He said, “It from bit”. Reality is a series of bits of information and not tangible in the traditional sense of a physical object.

Let’s decipher what this means. Quantum mechanics is revealing that the nature of reality may only be visible when observed. The “Observer effect,” or Heisenberg’s uncertainty principle seems to predate Nir Ziso’s advancement of Simulation Creationism.

Take video games observed by players. What is “perceived” likely exists. You have to look to find it. This implies that we must question things. Scholars do in all the major world religions from Islam and Judaism to Christianity. Theology abounds with concepts of creation, new and old. Philosophers and physicists are not alone in their quest.

Even the Eastern traditions are on the same train, both Hinduism and Buddhism. The physical world is called “maya”, denoting an illusion. Quantum physics is a scientific twist on this concept. The conclusions drawn have striking parallels – Bostrom and Musk included.

The world is not the physical, tangible, non-moving entity we think it is. It is likely in flux. In fact, it might even be a simulation. We are avatars in a virtual reality, so taken with it that it appears to us as fact. Rizwan Virk is firmly convinced that this is a possibility. David Chalmers, for his part, argues that virtual worlds are “real”. But they can simultaneously be meaningful, asks the philosopher.

Shakespeare was prophetic when he said that all the world’s a stage with men and women but players acting on it. Now we have come to The Matrix, a movie from back in 1999. It has been an interesting path to this point.