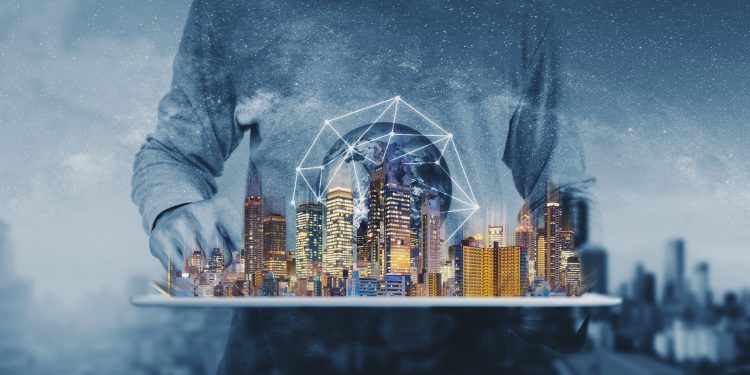 A paper written in 2003 by philosopher Nick Bostrom throws light on the argument that we are in a simulation. He suggests everything around us is a part of a simulation. We, human beings, are the programs installed on a computer, and we are operating in response to its commands. This type of world is called a simulation hypothesis.

Nick Bostrom suggests that future human beings will be so advanced that they would visualize their ancestors in a simulation world.

It is nearly impossible to prove that this world is a simulation, but the prospect is tantalizing to contemplate. Think of it: We all are living in a virtual world. It is being simulated on a computer created by another terrestrial being, and we are all just one part of it. We are characters within a computer game that are allowed to interact with each other.

A movie that was released in 1999 named “The Matrix” depicts the idea of a simulation world. For a machine to create our reality, taking an entire life with each event a person experiences into consideration, it must be superbly powerful. It would keep track of an almost infinite number of activities as it facilitated every experience within the lifetimes of the billions of humans who exist on the planet. It would operate within each human’s life effectively.

The interactions between people and the interactions among the 8.7 million species of animals, plants, bacteria, and micro-organisms on Earth, as well as the movements of our planetary bodies, constitute this reality and are all part of this world. This comprises a massive, almost unimaginable amount of data. It is nearly inconceivable to coordinate that enormous amount of data.

However, now you have an idea of how much data is being discussed. Can you imagine how such a machine would work?

The Swedish-born philosopher Nick Bostrom, who works at Oxford University and is known for his work on artificial intelligence, the anthropic principle, etc., wrote a 2003 paper favoring the statement, “We are living in a simulation.”

He discussed the power and vision of future human beings. He argues that future humans will most likely have powerful computers to create simulated universes of their ancestors. These simulated humans of the future would be positive that they were leading their lives in reality.

In favor of his argument, Nick Bostrom further states that an artificial system with the right kind of computational processes and structures could be made to have conscious experiences. It may be overconfident to assume that only experiences within a carbon-based biological neural network inside your brain can give rise to consciousness. Silicon processors could imitate the same thing on a computer.

With the current rate of technological advancement, we can assume the rate of progress we’ll see in upcoming decades. You can imagine the rapid rise of technology leading civilizations to run their simulation worlds. They can create their programs and hypothetically operate the beings according to their whims. Also, we know the restrictions imposed by the laws of physics can motivate civilizations to come up with the machines discussed above. It may even turn planets and stars into giant computers. These could be either quantum or nuclear machines that would run detailed simulations.

Nick Bostrom gives an idea of the sort of power needed to compute a human’s brain function. He claims each human mind performs several operations per second. If this computational speed is matched, it could be possible to run a human brain within a machine.

Bostrom considers that simulating the whole universe, right down to the quantum level, including every detail, may need more computer power than is practical. On the other hand, he also considers that it may not be necessary for all future humans to run simulations of human experiences. He also considers that a post-human would need to make sure that simulated minds do not notice anything which is inconsistent or irregular. The microscopic things happening in our world that human beings could not observe would not need to be recreated.

It is not necessary to represent everything happening on distant planets. There is no need to get into the details of them, at least not at this point in human history. All that is required for a machine to do is create and sustain the perfect illusion. They could fill in essential details on demand, as they would keep a record of what each simulated mind thinks. Meanwhile, if any error takes place, they would be able to edit the program and correct the error.

Philosopher Nick Bostrom also provides the number of operations necessary for simulating human history. Based on what we already know about how their system would work, the upper limit of operations required for sophisticated virtual reality could be achieved with just one computer with the mass of the planet. He says a computer that size could pull off the task while using less than one-millionth of its processing power for a single second. The massive capabilities of these machines can be built by superbly advanced civilizations in upcoming decades.

In his paper, Nick Bostrom considers the possibility of humanity being destroyed by itself or by an outside event like a giant meteor before it reaches the post-human simulated world. Since the future is unpredictable and uncertain, anything can happen. There are several ways in which humanity could be stuck in the seminal stages and never create a virtual, simulated world. His coverage of the possible extinction of the human species before reaching this highly advanced hypothetical world of Simulation Creationism, where the computer programs would create everything, is extensive.

Another controversial point is that post-humans might not be allowed to create the programs or computers needed to create simulated minds. However, Bostrom points out that it is unlikely for the practice of running simulated minds to be widely considered immoral. It is unlikely to be prohibited everywhere. Given human nature, it’s probable that someone would find this project fascinating. This is the sort of project we’d like to create today, and if we could, we would do it right away.

Chances are, if We are Not Living in a Simulation, our descendants will also not be likely to simulate their ancestors.

It’s exciting to think about how we don’t know the exact nature of reality. Is our existence a reality, or is it set within a super-powerful computer where we all live a simulated life? We don’t have any way to find out the truth. Only a small proportion of the totality of physical existence is accessed by our minds. For all we know, we may be run on virtual machines which are controlled by other simulators. Post-humans simulating us could also be simulated by different simulators. There would be many levels of simulations within simulations, according to Nick Bostrom. As you consider simulated worlds and the reality of our existence, you can become engrossed in thought. There would likely be many more levels than we could even justify.

This sheer scope of what we cannot know suggests the necessity of universal morality. We have to behave better, like we are the children of God, if we do not know the reality of our origin. Human beings remain unaware of most genuine facts, yet we are willing to conclude that we know the whole truth. Some work to figure out whether we live in a simulation and our lives are just like a game on a computer.

Nick Bostrom concludes that if we are genuinely in a virtual world or a simulation, it will not affect our behavior much. Even with our massive knowledge and advanced technology, we are unaware of what future humans’ purpose behind creating simulated minds would be.

Their morality may be entirely different from ours.

Bostrom is not the only philosopher who put forward his thoughts on Simulation Creationism; some scientists and physicists favor Bostrom and promote his ideas. We may be like characters in a video game on a computer while the entire universe is inside a computer simulation. We may be in that simulation right now. In essence, our existence may not rely on our common sense; it may all be computer-based programs operated by other simulators. We may not have any empirical existence at all.