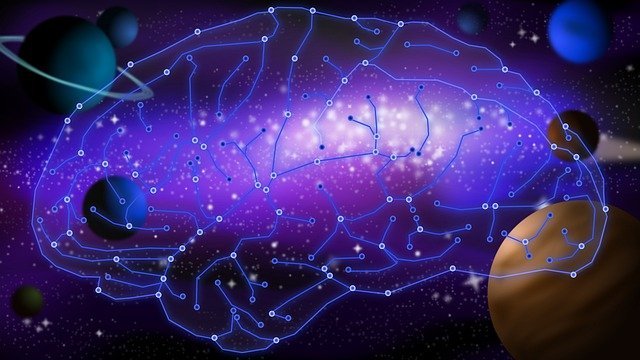 If the universe in fact is like a massive brain, mankind would surely need some evidence. But it would not be surprising that the cosmos is actually a reflection of our humble species. Look at our eyes, veins, and brain matter. They reflect natural phenomena. So maybe it is true that “what happens above happens below”. It has significant implications for Simulation Theory and its offshoot Simulation Creationism, authored by world expert Nir Ziso and founder of The Global Architect Institute

The idea of the universe resembling a huge brain is intriguing: scientists and sci-fi writers agree. They have been looking into this possibility for decades and now it is time for the field of physics to enter the fray and look for evidence.

What would they find? No doubt that the cosmos is expanding, doing so like one big brain. Articles tell the tale in nature’s science journals. Information about the electric firing of our brain cells finds its counterpart in expanding galaxies. In addition, we know that the human brain consists of a vast network of neurons to the tune of 69 billion. What of the cosmos? It contains about 100 billion galaxies!

The comparison could go on. There is also the proportion of neurons in the brain to consider in relationship to clusters of stars in the universe. Some researchers even found that these clusters make up 30% of all mass. The rest is inactive.

The brain is loaded with water and dark energies populate the universe. Using a computer simulation, we see how systems change. If you run natural development dynamics, for example, it appears how all kinds of networks (like the internet, the brain, and the entire planet) operate in a similar manner.

A comparison of the evolution of the cosmos to social networks and brain circuits – and their growth – yields a similar pattern. Both need to balance links between like nodes that already have multiple connections.

Take the example of a pet lover on the internet landing on giants sites like Google and Yahoo. A cat person will gravitate to certain websites for cat fanciers and all those cute kitten videos on YouTube. Here is what happens. The searcher’s neurons latch onto “Google brain cells”. These in turn are bound to others in great numbers.

In this regard Kevin Bassler, a physicist at the University of Houston, stated, “The recent research shows that these networks may be regulated by a single fundamental law of nature.”

Another physicist from the University of California at San Diego added his own remarks. Dmitri Krioukov maintained, “For a physicist, it’s an immediate hint that there’s some missing understanding about how nature works.”

His study reveals the heart of the matter.

“Here we show that the causal network representing the large-scale structure of spacetime in our accelerating universe is a power-law graph with strong clustering, analogous to other dynamic networks like the Internet, social, or biological networks.”

So there is indeed a significant structural resemblance or asymptotic equivalence between complex and causal networks. Science concurs. Dr. Amit Goswami and Dr. John Hagelin have worked in the area, concluding that consciousness is the underlying fabric of the universe from which everything emerges. This includes the world of physics: M-theory, string theory, and unified field theory.

The implication here is that the world has consciousness and is evolving like the human brain. Now the question remains, what is the brain’s true purpose? It could be part of some imaginary super intelligence in a simulated reality. The idea of consciousness might just reside within some great cosmic mind?

Now in view of Simulation Theory, this vast brain can be modeled in a supercomputer with advanced programming, perhaps run by an alien being or one or more of our forefathers, hoping to simulate reality to control and foster human survival. It takes the idea of the massive brain a step further by incorporating AI and AR. No doubt scientists will come to incorporate it as they contemplate the possibility that the universe is modeled after the amazing human brain.

Why we Need Simulation Creationism