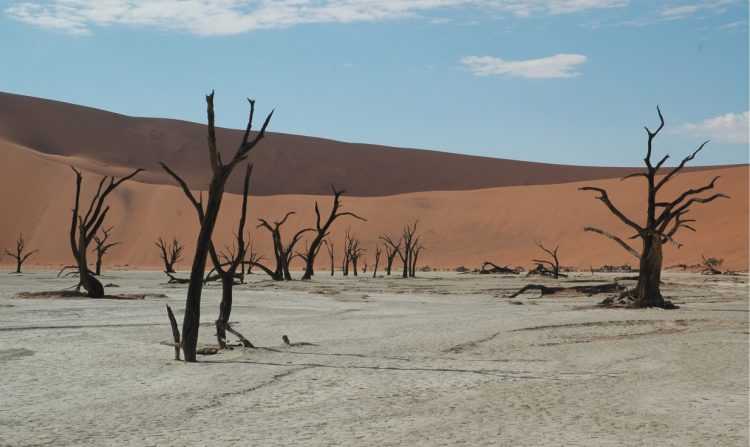 There are Tech Billionaires Who Intend to Destroy Our Universe

In the beginning, they made new ways for us to interact online. They made changes in taxi and hotel services and revolutionized financial transactions. They even transformed light bulbs by ensuring they will not get switched on until or unless the right driver is installed. Now, they want to destroy our Universe. This news was published in a New Yorker profile of Silicon Valley without any comment or attribution. They explained that we might already have our first warning of the world’s complete, final destruction. Several people in Silicon Valley are interested in the Simulation Hypothesis. This is an argument that says whatever we experience, we notice, and we do—even our belief in the reality of our existence—might be programmed in a computer. Two tech billionaires are working hard and hiring scientists to break and take us out of this Simulation.

These headlines have been frequently repeated on all the usual news sites, generally as brief, funny stories: Nerds Versus the Matrix, Tech Shamans and similar stories about Their Crazy Philosophical Theories grab eyeballs without encouraging readers to think about what it would mean. Let’s leave aside the validity of the Simulation Hypothesis for a moment and consider what, exactly, these tech moguls are trying to do.

There are two billionaires among them; Elon Musk is highly convinced we’re in a Simulation, and he believes that this idea has allowed him to see a breathtaking reality. But ordinary people like us often feel the complete opposite when faced with this possibility; we feel like we would lose our home, our family, and everything else around us if living in reality requires exiting a Simulation. Whether our reality is a simulation or not, it will eventually cease to exist. Comic books and movies are spreading simulated story universes and upping the stakes for years. Every season, we see several devils who plan to destroy the Universe, but their inevitable failure comforts us. Maybe now we know the reason why these baddies want to ruin the entire Universe again and again: to leave the Simulation.

None of these people asked us if we want the end of this world or not. They are just trying to end it. Silicon Valley works to solve problems that do not yet exist. Now, tech products seem to be forced on the public, not merely offered. A person with a great vision keeps his eye on everyone, whatever they are doing, and determines to change it by himself. The result is predictable, but it all means something.

Only a few people live lives of luxury; technology is changing our reality, leaving us with less ownership of our own lives. And these tech billionaires are automating many more decent-paying jobs. They have imposed so much technology that many human jobs, are now performed by machines. They are turning humankind into an ungrateful sea of excess flesh. If social reality is the property of those monumental thinkers, why shouldn’t our physical reality be next? Calico of Google demanded a hedge fund investment for the Transformative Technologies Lab, a company aiming to achieve human immortality by externalizing human consciousness; the industry is expanding into territory once reserved for the occult. The destiny of the entire Universe should not be in the hands of a programmer who tries to hide from the California sun. Why? Because they may destroy the Universe whenever they wish.

The theory of Simulation Creationism might be new to everyone It believes we live in a Simulated Reality. If true, it means everything we assume to be real, including our own existence, is not real, but Simulated. The argument for Simulation Theory was introduced by a famous Swedish Philosopher, Nick Bostrom. He said that future posthumans might have such massive computing power that they could run a great many simulations. If it is so, they might have already done that. They might have created a realistic virtual reality that is entirely identical to real life. And if this is the case, it is highly likely that we are within of their simulations now. Elon Musk is not alone in saying that we may be in a simulation. He stated in a podcast that there is a one in a billion chance we live in base reality. Bank of America reported looking forward to virtual reality. Many philosophers and scientists have claimed there is a 20 to 50 percent chance we are living in a computer simulation. It makes sense that we could be trapped inside a computer. You may argue with this idea, saying that those tech billionaires who have lived their lives surrounded by computer programs and coders might be more inclined to consider everything in the world as a digital, artificial thing than most of us are. However, people have always suspected that the world we know may not be real. What we used to dream about the cosmos and whispering devils is now explained through old, boring computers. That piece of clumsy hardware that sits waiting every morning on your desk could encode each detail of your life.

Descartes with his misleading demons, Kabbalist mysticism, and Zhuangzi in his dream of the butterfly have raised questions about the reality of their sense perceptions. However, it is not a private, egotistical delusion. If the entire Universe is a case of Simulation Creationism, then the fact is that all of us are trapped in a prison.

The real ancestors of these simulation are the Gnostics, a sect of early Christianity that believed the creation of the physical Universe was performed by Samael, Ialdaboath, or the Demiurge. A snake sometimes considers itself important despite being created by a blind god who constructs his unreal world in the real Creator’s imperfect Simulation. In other words, we can say that this world is much like a piece of software.

Early Christians accused Gnostics of Satanism several times. They may have had a point in doing so—many associated the petty, jealous, passionate God of the Old Testament with the Demiurge. Simultaneously, sects like the Ophites respected the serpent in the Garden of Eden as the first to recommend knowledge to humankind and release them from their first prison. There is something like a Demon that persists among techno-Gnostics of San Francisco. They might have determined that a Creator creates our Cosmos because it is conscious. And now they are preparing to get into Heaven and begin a war with their God. Their belief is similar to that of Goethe’s Mephistopheles. Everything that exists will surely perish.

Let’s rephrase that statement: everything that appears to exist in this Universe must be demolished. It seems profane to pursue this intention. However, the foundation of this belief relies upon some very complicated ideas. It may help us to observe the impact of Simulation Creationism using a better-known source than the Nag Hammadi codices: there was a movie released in 1999 named “The Matrix,” it shows how a group of heroic freedom-fighters struggle to wake humanity from a fictional, computer-generated universe and bring them back to the real world. There are many things to know about the ancient traditions and the newer ones in this film. There is a scene where Neo tries to hide his cash in a hollowed-out duplicate Simulacra and Simulation of Jean Baudrillard. The fact is, even the philosopher was not especially pleased and said in an interview that the movie misunderstood his project. He said a film about a real Matrix would have been impossible to produce.

There is a world behind the simulation in this movie, which is not as pleasant, but is true. Baudrillard also speaks about completely unreal realities formed from misleading pictures; however, he did not mean that every image we see or observe in this reality has clouded our perception of the reality beyond. Today’s social media system is massive and surrounds those within it inside a sort of reality. It is only real when people begin to think that there is something different behind the curtain. Baudrillard used to refer to an overgrown child who loves Disneyland. Baudrillard said there was nothing unreal once you leave its gates and come back to America, which is only one colossal Disneyland. That is, America is a collection of copies with no original things, from coast to coast. Something that conceals the truth is not the simulacrum, but our reality hides that there is no reality here. Digital and cinematic media rapidly build our experience of reality. The world of theme parks, film stars, supermarkets, and racks designed to look similar to something that existed in old-timey groceries. This is the place where we are living. Silicon Valley has prompted a bizarre question about what would happen if there is no place to break out into?

Baudrillard was not talking about the reality of material existence but was talking about social reality. Still, his points have a solid basis. Believers of Simulation Creationism say that he’s right. They suggest that a hypothetical, advanced humankind would have nothing better to do than creating an advanced, realistic reality, including San Bernardino, Stevenage, banal revolutions of the tech industry, and tax returns. If the truth is that whatever we mutually agree upon, or in Philip K. Dick’s statements, if when you stop having trust in reality, but it cannot go away, would it make any sense to start discussing virtual reality and real ones? As per the statement given by Deleuze, virtual reality is also a kind of reality. Next, a question arises about the creation of the Universe: why would it be created with software to look the same as the Universe that was created by matter? The computer simulation is nothing but an idea used to explain what was once discussed in oneiric or theological terms. It would be odd to construct this Universe in some machine that could create anything.

Our Simulation is experienced individually regardless of whatever technological apparatus or divine mechanism is used to build it. The main argument for Simulation Theory is that whatever we observe is only a result of what exists thanks to some unknown mechanism. However, since Kant, we have been aware that our perception can never give us complete and accurate information about the material world. All of us can be said to experience an imagined reality.

Apart from Simulation Creationism, many scientists suggest that our Cosmos is nothing but a single black hole, and what we observe is matter projecting an illusion that appears from a two-dimensional ring of instructions with its event horizon. On the other hand, some mathematical Platonists support the argument by Max Tegmark. He considered the world a set of abstract objects of mathematics and considered existing physical objects to be a primitive epiphenomenon. If the reality of the matter is that they do not exist, there is no requirement for anything to physically exist anywhere. There are chances that we are living in a chain of simulations that are within each other, emerge, and then come back on themselves without any need to touch the ground.

It is true that no deception blinds Elon Musk and his fellow believers. They have a grip on something so strange and storied that somewhere, they think there must be an existing reality.

However, they have determined that we are not in that reality. It does not matter what projects are secretly being prepared in their fairly malicious campuses. It is almost impossible for us to break the bonds of physical reality. Our creators might have focused their mouse over every unreal body and pressed the delete button. The far more worrying fact is that the people who wish to demolish the world have increasingly capable people working towards that goal.