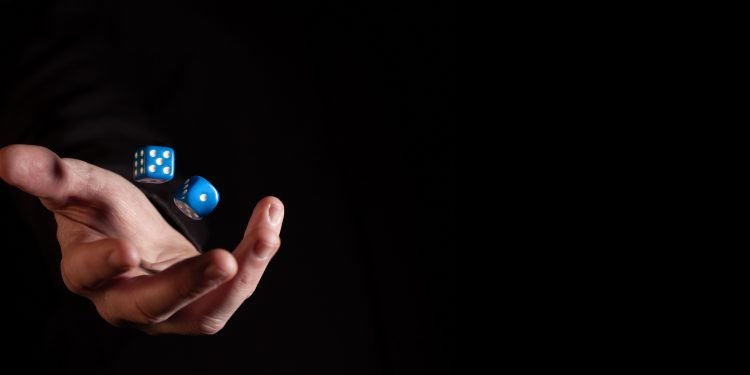 In the podcast StarTalk, hosted by Neil deGrasse Tyson, he argued about Simulation Creationism, saying that we could be aware of our existence even if the universe was created inside a Computer Simulation. If it is true, then it is highly likely that the Simulation would create aspects of reality on demand, whenever they needed to be perceived, instead of simulating everything all the time. It would be similar to a video game, which only renders visible scenes as needed. Tyson said that this could be why we can not travel faster than the speed of light; if we could, we would cross this galaxy and enter another. The astrophysicist guest added that we might do this before the programmer has programmed it. Hence, the programmer could have set us that limit to prevent us from reaching the edge of our simulated reality.

These sorts of conversations may look frivolous. However, since a Swedish-born philosopher at the University of Oxford, Nick Bostrom, wrote his paper, “Are you living in a simulation,” in 2003, many philosophers, technologists, physicists, and even comedians are contemplating Simulation Theory. Some people have tried to uncover processes by which we could identify simulated beings. Others have attempted to compute the probability of us being in a Simulation.

Recently, another analysis expressed that simulating a reality like our own would be less likely. However, research indicates that as we have already developed the technology needed to create virtual reality games, in the future, with our current rate of technological development, we could ultimately make a realistic virtual reality. Hence, living in a Simulation may become a reality. We might even be living in a Simulation created by some advanced being right now.

In 2003, Nick Bostrom imagined a civilization that would have the massive computing power needed to create a Simulation with simulated inhabitants with simulated consciousnesses. In this scenario, his arguments showed that at least one of three propositions must be right. The first proposition suggested that human civilization would go extinct before developing the technology needed for a human to run the Simulation. The second proposition said that a post-human civilization would have the necessary computing power, but they would not be interested in doing so. The third proposition asserted that we are already living in a Simulation.

There is a movie named The Matrix that’s based on the Simulation Theory, which popularized the belief in simulated realities before Nick Bostrom’s argument. Simulation Creationism echoes Eastern and Western philosophical traditions, from Zhuang Zhou’s butterfly dream to Plato’s cave allegory. Furthermore, Elon Musk had given his opinion in a code conference that we are probably in a simulation, and the chances we live in a real, physical world are one in a billion.

An astronomer, David Kipping, said that Elon Musk would be right if we agree that the first and second propositions suggested by Nick Bostrom are false. But the question arises, how can we assume this?

To get a better handle on Nick Bostrom’s trilemma, Kipping applied Bayesian reasoning. Bayesian analysis allows us to compute the chances of something occurring by first making calculated assumptions about the thing being analyzed.

David Kipping started by transforming the trilemma into a dilemma; he suggested that in the first and second propositions, it is clear that the result in both propositions is that there is no simulation. Hence, the dilemma states that there are two options: we experience a real physical world or a realistic Simulation. Kipping says that you only need to consider the likelihood of these two models. There is no reason to presume one possibility is more likely than the other. Hence, the probability for each of these is one-half; it’s similar to the possibility of getting heads and tails when we flip a coin.

If we live in physical reality, it would be easy to calculate the chances of living in a nulliparous reality. The chances would be 100% if we observe a nulliparous state. Kipping explained that even if we are in a Simulation, many simulated realities would be nulliparous. The reason is that simulations can create many more simulations. The availability of computing resources to every future generation will create a situation where the vast majority of realities will not have the computing power necessary to simulate Ancestor Realities that can host conscious beings. When we connect all these assumptions into a Bayesian formula, the answer is that the probability that we live in a Simulation Creation, and that we are in a real, physical world is the same.

These probabilities would change if humans created a Simulation with inhabitants that possess genuine consciousness. Such an event might change the probability that we earlier allocated to the physical hypothesis. Kipping says that you may balk at the idea, but you would only be left with the Simulation Hypothesis. When we create that technology, according to his computation, the chances would be better than 50-50 that we are real beings. Sentient beings would be less likely in unreal worlds. When we reach that day, it will create a very unusual reason to celebrate our genius.

The result of the analysis by Kipping is that, according to our present evidence, Elon Musk is incorrect in his statement that the chance we are in base reality is one in billions. Bostrom concurs with this analysis, with some caveats. He says this does not refute the Simulation Argument, which claims that Simulations would lack some of the consistency of the real world. He says the idea is that one of his three possibilities would be correct.

However, Bostrom expresses issues with Kipping’s decision to treat both physical and simulation hypotheses equally at the beginning of the analysis. He says that mentioning the principle of indifference here is not valid. It would be more valid to distribute the probability amongst the three propositions he articulated, giving them chances of one-third each. You could manipulate the possibilities any way you like and get any outcome you wish.

These objections and discussions are all valid. There is no evidence we can use to back one claim over another. Suppose we find evidence we are living in a simulation. In that case, the simulation could easily change that evidence, leaving us with nothing. So, is there any way to find a glitch in the Matrix?

An expert in computational mathematics, Houman Owhadi, opined that, if the Simulation has unlimited computing power, then there is no way that you are going to get any clue or evidence that you are in virtual reality because it will calculate and create anything you want to measure to the degree of realism required. For it to be possible to detect inconsistencies in the Simulation, you need to begin with the principle that computational resources are limited. Here we can recall video games once again and think about the tricks smart programmers use to minimize the computational power required to construct their virtual worlds.

As per Owhadi, quantum physics experiments are the best way to look for possible paradoxes. Quantum objects exist in a superposition of states, and a mathematical abstraction explains this superposition by calling it a wave function. In standard quantum mechanics, perceiving an object causes this wave function to collapse into one of many viable states randomly. Physicists are split over whether the collapse is real or reflects a change in our understanding of the system. Owhadi says that there would be no collapse if it is an authentic simulation. Everything you look at would be decided instantly; it is similar when you play any video game.

For this purpose, Owhadi and his colleagues performed five theoretical variations of the double-slit experiment; each of the conceptual variations was designed to trip up a simulation. However, Owhadi says that it is not possible to know whether such experiments could work. All these five experiments provide nothing but conjectures.

A physicist at the University of Maryland, Zohreh Davoudi, put forward her thoughts about Simulation Creationism. She said that a Simulation with limited computational resources would disclose itself. Davoudi’s work mainly focuses on the powerful interactions of the strong nuclear force, one of the four natural, fundamental forces. The equation explains strong interactions that bring quarks together to form neutrons and protons. These interactions are so complicated that they cannot be worked out analytically. To better understand the strong forces, many physicists are forced to do numerical simulations. And unlikely any civilization with infinite computing power, we must have faith in the shortcuts we use to make simulating those interactions computationally feasible. Usually, it is believed that spacetime is discrete instead of continuous. Using this approach, so far, the most advanced result researchers can produce is a simulation of a single helium nucleus, made of two neutrons and two protons.

Davoudi says that you might naturally suspect that if we can simulate an atomic nucleus now, then maybe in 10 years, we could make a better and larger nucleus. And, he says, in the next 30-50 years, we may simulate something the size of a few inches of matter. Maybe in the next 100 years, we’ll be able to simulate a human brain.

Davoudi expressed her thought that the advancement of classical computers will soon fall behind. She says there is a possibility that in the next 10 to 20 years, we will see the limitations of making simulations on a physical system. Hence, she looks to quantum computing, which depends on superpositions and other quantum effects to manage computational problems that would not be possible using classical computers. Davoudi says that if it is possible for quantum computing to materialize, reliable, larger-scale computing projects will be an option for us. Then, we would enter an era that would be entirely different. She also said that she would be working on her strong force atomic and physics nuclei simulations as soon as she had a viable quantum computer.

All these points have made Davoudi hypothesize about Simulation Theory. If our existence’s reality is nothing but a Simulation, this Simulation’s creator will probably also discretely enable spacetime to save on calculating resources. Such an individuated signature of spacetime could undoubtedly be seen in the high-energy direction cosmic rays arrive from: Breaking the so-called rotational symmetry would create what we see in the sky more easily.

Kipping worries that the basis of further work on Simulation Creationism is on thin ice. He said that it is impossible to test whether we live in a simulation or a real, physical world. How can anyone claim to scientifically assess a theory that is not falsifiable?

The quicker answer for this comes from Occam’s razor; it says that the easiest and simplest explanation is more likely to be right in the absence of the other proofs. The Simulation Hypothesis that assumes realities are nested within one another is the more complex explanation. Also, it is not possible for a simulated being to know that they are in a simulation. This is because it is a very complex and detailed model in the first place. By Occam’s razor, it is sensible to assume the simple explanation that we live in the real world.

It is possible that we are in a base reality despite the weird quantum physics discussed by Elon Musk and in the movie The Matrix.

There are Tech Billionaires Who Intend to Destroy Our Universe