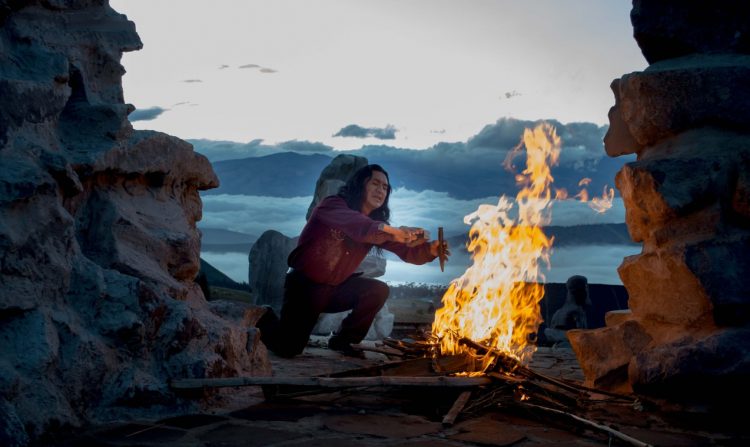 If the truth is that we live in a simulation, then it is apparent that we would not care about others. We would live for the present day, we would work to become rich and famous, we would start participating in pivotal events, and we would be more entertaining. And we would try to keep people who are recognized and interested in us around us.

Through movies and stories based on virtual reality, we make people feel as though they are watching the same events and places they imagine. Role-playing is also getting better, with game devs creating an environment where many people can observe how they would act in another place and time. It is possible that such role-playing could become so perfect that people would not feel they are watching something unreal; they would assume it to be real.

This makes us remember some exciting movies such as 13th Floor, Truman Show, Dark City, and the most famous movie based on virtual reality, The Matrix. What would happen if future humans could create a perfect role-playing simulation in which people would never know that they are only a part of some simulation. This thought can go even deeper; what if posthumans have already created a simulation utterly identical to reality. If this possibility is real, then how sure can we be about the reality of our existence? How can we know that we are not in some role-playing simulation right now?

Let’s look at an example of a similar scenario that appeared on the television show Star Trek Generation. There was a fictional device called the Holodeck that offered an entirely computer-generated environment. This computer-generated environment allowed people to role-play, not only with each other, but also with experienced computer-generated people. The computer-generated people of today are only a pale shadow of real humans in the present day. If we keep making better simulations rapidly, it is highly likely that someday a simulated human would be indistinguishable from a real human. A simulated being in a Holodeck might not be aware that they are simulated. So, how can we be sure that we are not a sophisticated, unreal being in a future Holodeck?

If we are the same as the characters in those movies who have discovered specific evidence that tells them they are not living in a real world, we should take those clues seriously to see what they say about our lives. However, many observers have asserted that there are no indications and there is no strong evidence that we are in a simulation.

We should think in more detail about how our decisions would be impacted by recognizing that we might exist in a simulation. If we consider that we are in a simulation, several factors might be changed. We would wish to live a longer life and to avoid pain, we would want this to be true for other people, and we would like to influence others. The mixture of simulation types and the reasons behind these behaviors would be different from today’s decision making processes. It would change more than we could possibly imagine. However, this addresses a rough idea of some of the changes we could expect.

There are several possible reasons that our descendants may run historical simulations. The first one could be to know exactly what happened in the past and how circumstances have changed. Another possibility could be that posthumans would decide to run simulations for entertainment.

If every simulation, including simulations of the future and human history, is a faithful reproduction, then the only decision would be for those who care about leaving an impact on real history or who care about what the real people are considering. People who care about such things should understand that it is not as easy as it looks. The only way to influence the real world would be to find a way to control someone who is observing or running this simulation.

Running this simulation would be costly if the simulation reproduces the entire universe in complete detail. This is why today most computer simulations differ in the amount of information they use to simulate events. For example, a vibrating airplane wing is generally simulated in excellent detail in places where it curves more or where air currents around it differ more. Usually, the quality and level are appropriate for any position depending on how expensive it would be to create such detail. These shortcuts could create robust errors that would create additional errors that could impact the outcome. As it is hard to differentiate the people in role-playing simulations from real people, these people have some limitations in selecting when and where the simulation ends.

The probability of living in a bounded simulation that differs from reality provides many suggestions on how we should live this life. We can show this with an example from a simulation of a party celebrating the new millennium that was created to allow a specific future guest to participate. Such a computer simulation might be planned only for a night. Also, it might be possible that a few people from another building could also experience that party. If the guest came from the future and decided to leave the party and walk around the city, then there is a possibility that people at the party might be deleted. It’s also possible that these people would be replaced by other simulated beings to populate the street where the future guest decided to walk.

If you were aware that you were not a real person at the party, and if you desired to live as long as possible, you might motivate people to leave. If a simulation ends early, then it can mean that the future guest would have become bored; it is also possible to make sure everyone at the party had a good time to prolong your life. Your dedication to helping poor people in Ethiopia might end upon realizing that your Ethiopia does not truly exist; what you see is also a simulation.

You certainly know nothing about whether you are in a party simulation to benefit that guy with red hair. However, the average suggestion of other possible simulations makes you consider what is implicated by the probability of living in a simulation.

If you are not living in a simulation, then there is a higher chance for the world to end soon. After all, you should not care much about your future or about humanity. Rather, you should focus more on living for the day you have been given: today. This would even be right if you are not confident how long this simulation would exist.

Additionally, many people’s behavior would be far from the simulated people who were created randomly based on statistics from former simulations or cashed records of the previously simulated being. Much as actors are often used multiple times to create crowded scenes in a movie. If you did not care about any simulated being, it might lead you to not care about your actions and their influence on the world.

Suppose that if enough people became aware of the reality that they are in a simulation,the simulation would cease. In that case, if you have a wish to live longer, it is highly possible that you would stop other people from knowing that they are living in a simulation. Presuming that our posthuman’s real history included many people who said they were in a world produced by Simulation Creationism, it should not be a problem if the same number of people in a simulation say this. If very few people said this, then that might also be a problem.

If there is a possibility that our descendants would simulate a world, then it would be more similar to the world of their history. Hence, if you wish your world to continue, then you would like to look more like what was recorded in their history. As the the simulated forebear of rich and powerful descendants, you would want the world you are living in to look the same as their history.

Suppose our posthuman is more interested in creating a simulation of central people and events from their history. In that case, you should estimate the probability that the people and events around you will be important to your descendants. If you try to make your surroundings more important, your actions might make the simulator drop the project. If you can observe and identify the exciting incidents around you, then the simulation may end tight after the desired event ends.

If there are any chances our descendants would prefer their simulations to be delightful, everything would be equal, and you should wish for things around you to be enjoyable. Then the world would seem similar to the stage, and people would be simple players. However, what is assumed to be entertaining is quite different across various times and cultures. The tastes of our descendants will probably differ from ours. Hence, someone should focus on sharing features for pleasurable stories. Be outrageous, violent, sexy, pathetic, heroic in the world. Being a martyr may be a proud feeling for you. If doing this can make your story influential, then there are chances that our descendants would wish to simulate you.

Let’s discuss another possible situation. Our descendants could play a righteous God in their simulation who decides to punish or reward inhabitants according to their deeds and how they lived their lives. Maybe you will align with their ideals so well that they will think about your praiseworthy life. Without any second opinion, you will try to sort out the standard features of righteousness according to descendants preparing to play a role as God.

In short, if it is right that your descendants might create simulations of lives similar to yours, then it is possible that you are not living in a base reality but a Simulation Creation. As you probably cannot learn in-depth about the simulation where you live, you can draw a rough sketch and draw comparisons to the types and causes of simulations today. Suppose you are confident that we are living in a simulation. In that case, everything will be the same as whatever you observe, or experience as part of the simulation. Then you shouldn’t worry about others and live more for the present day. It would be best to make your world more entertaining, rich, praiseworthy while keeping famous people around you who make you feel happy and interested.