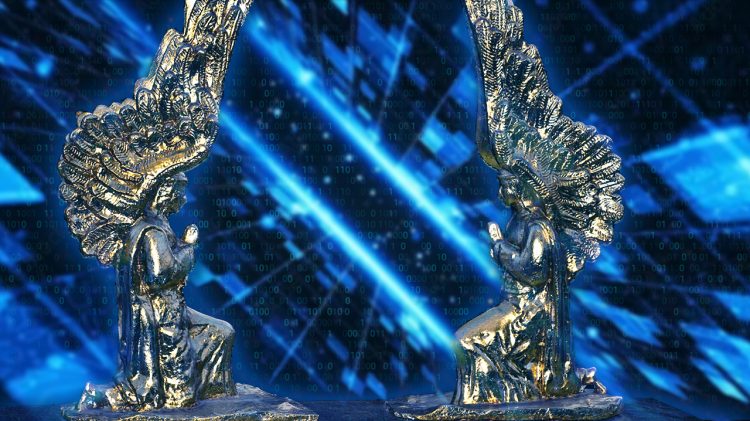 The Covenant is probably the most important word in the Bible. It appears everywhere and contains a multitude of meanings in terms of semantics and theological ideas. In some Biblical translations, the Old and New Testaments are also called Old and New Covenants. Such presence inevitably asks for an explanation of the Covenant in the theory of Simulation Creationism, proposed by Nir Ziso from The Global Architect Institute. What is the Covenant really and how is it connected to The Simulation?

The Book of Sirach, not found in all canons (present in Catholic and Orthodox canons) is of particular interest to this question. Sirach goes back to the act of creation and says: “God established an eternal covenant with them, and he showed them his decrees” (Sirach 17:12). Ben Sira uses the Midrash concept to reveal his message with the help of certain Biblical and historical events. He warns the reader of the purpose of everything created by positioning creatures and humans to the validity of God’s goodness and place in the world: “The Lord’s works in creation existed from the beginning, and he defined their exact stations when he made them” (Sirach 16:26). Everything created seemingly abides by God’s commands, except humans. People want a reason to follow God, or at least a measure to define our reality.

While accepting general predetermination of everything, many theologies still think humans can choose to be sinful. According to Simulation Creationism, sin as such does not exist, as it is a predetermined action with the purpose of the human soul to learn through challenges and attain God-like character. Ben Sira is interesting because he does not write about human’s “fall” or first sin, but directly involves the Covenant after the act of creation. Death is not a consequence of Adam’s sin, but it is part of creation: “The Lord created a human being out of earth, and he returned that human being into it again. God gave human beings a set number of days and a fixed time” (Sirach 17:1-2). It is indeed an exciting and revealing verse. Ben Sira writes that God made beings out of the material used for The Simulation, only to return it after a certain period. There is no punishment: it is just how The Simulation works. Pay attention to the words: Ben Sira is not saying that the human soul is created out of the earth, but is a being in with a physical and temporal character. It also follows the Simulation Creationism idea of the difference between a person/soul and a human/body where the soul moves on to other/higher simulated worlds while the body necessarily stays in this one to eventually disappear or transform into another piece of information.

Ben Sira counts God’s gifts to men: strength, fear of God, dominion over the animals and birds, capacity to plan and think, common sense, awe for God, and interestingly, God “showed them good things and bad” (Sirach 17:7). It is another thing that minimizes Adam’s acts. Ben Sira does not mention the Tree of Life either. If we accept Simulation Creationism’s argument that The Simulation exists for souls to develop further, these gifts are necessary additions in which the distinction between good and bad things takes an entirely different narrative than explained in Genesis.

Simulation Creationism would further stress Sirach’s description of God’s creation: “God placed knowledge before them, and he gave them a code for living. God established an eternal covenant with them, and he showed them his decrees” (Sirach 17:11-12). It also contradicts Genesis because Ben Sira talks about the gift of knowledge and not the boundaries. He doesn’t talk much about death but speaks volumes about the eternal covenant and gifts coming from it. These verses remind us of previous Biblical truths: “See, I set before you today life and prosperity, death and destruction” (Deuteronomy 30:15), and the events on Mount Sinai. Thus, Ben Sira points to the Ten Commandments (Decalogue) as the code for living or a way to go through The Simulation in the best manner.

Ben Sira proves that God gave the code of life to all creatures, and such a code provides humans with proper knowledge and wisdom for life. The Covenant and the code exist from the very beginning of creation and never disappear in The Simulation. God repeatedly reminds Noah, Abraham, Moses, David, and other prophets and rulers of this Covenant. These particular events are mere temporal symbols of an eternal Covenant and a direct confirmation of it. The code of life is given to everyone, and Adam’s sin is not a greater or smaller one than any other person who breaks the law.

The Book of Sirach provides Simulation Creationism with a particularly interesting vision of creation and most suitable to this theory of Nir Ziso. The Covenant is eternal, based on the relation between God, who created a separately personal soul that will continue to live in various simulated worlds (we might call them heaven and hell), and human beings in their predetermined state of a physically and temporally bound simulated existence.