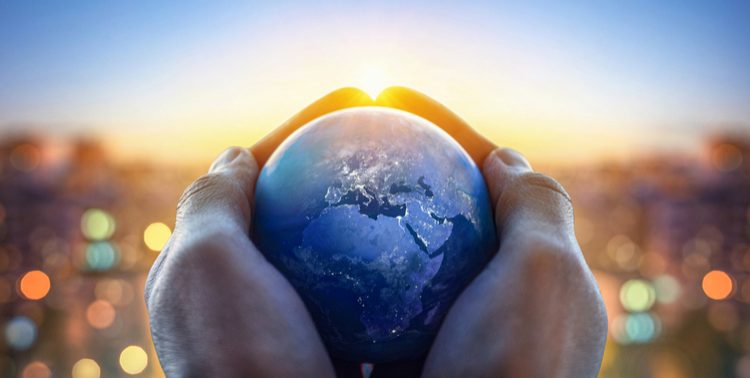 We can all use some good news. Think of what Elon Musk said some time ago during a Code Conference interview. He made some controversial remarks about the world being a simulation. “The odds that we’re in base reality is one in billions.” The implication of these words is that the universe we live in probably (or probably like) a sophisticated computer game.

It all started with the landmark film of 1999, The Matrix. When it was released, it sparked curiosity and then turmoil. The idea of a simulation as presented has gained serious consideration in some circles. Yet many are skeptical. Among the proponents of a possible simulation are scientists and engineers who believe the world is rigged in some way.

Whether you debunk Simulation Theory or Simulation Creationism, it is “not embarrassing to discuss it” per Musk. Now even Christians are entering the fray with the goal of offering a biblical explanation or convergence with the notion. The idea of a simulation is being reconciled with the traditional biblical worldview. And that is good news for adherents of the theory. Nir Ziso, a world expert on the subject and the founder of The Global Architect Institute would agree. He has found a place for Christian theology as have others.

In fact, analogies, metaphors, parables, and all kinds of symbolism work to clarify Simulation Theory in contemporary language. Figurative speech is the best way perhaps to talk about the mysteries of God and creation. After all this is the primary modus operandi of theology. Think of Daniel Migliore’s Faith Seeking Understanding in which the author uses words like generation, formation, emanation, mind-body relationship and even artistic expression (as applied to God’s work).

In light of what is happening across the globe in this innovative arena, there is no reason why reality cannot be considered to be a video game or computer simulation of another type. It is an apt analogy if not a fact. Technology defines our era and advancements are rampant. God and creation are hot topics as they have always been for theologists. Pondering them is nothing new, but we now see a new twist. We hear pastors on the pulpit talking about “following God’s Twitter” by getting back into the Bible. They speak of “connecting to God’s Wi-Fi” or walking with the Spirit while “decoding” key passages in the New Testament. Some mention the “rewiring” of our spiritual lives, etc.

It is a fascinating alternation of traditional sermon content. Using computer science in reference to God is odd if not captivating. But Christianity is ready and willing to accept this turn of events. Many believe it is time to offer new translations and meanings. It is not just a reductionist metaphysics with everything under question. It is more an amazing metanarrative that alters what we have always known and accepted.

We have been there with Freud, Darwin, Einstein, Marx, etc. Now we approach Christ on different terms. The results are fascinating and yield “good news”. In the process, we will see that an altered reality is actually old hat. Many have postulated a world beyond this one. In fact, theologians, philosophers and assorted theorists (including religious priests and medieval scholastics) have been doing so for centuries. They have questioned if what we experience is “real”. This was a major problem as far back as the ancient Egyptians and Greek philosophers like Plato and Aristotle. Then it took hold with Indian Brahmins. Of note, the universe has always been depicted as “multi-dimensional” in some way.

Now we talk about a base reality. We are in a materialistic era, one that even allows for Simulation Theory. Many are deeply invested in it since it suits our digital age as defined by technological advancement. Hence the possibility of a vast supercomputer running a simulation akin to a video game. No longer is creation just a matter of religious belief and faith. Secularism has taken over as seen in the traditional role of science. The good news is that it can be diminished by reconciling Christianity and AR.

How exciting is it that there might be an “architect” or master programmer communicating with those in the simulation! It could be related to the idea of God as the great Maker. It seems that classic theology is being turned on its head. Many questions are being raised. Is the new theory “rational” or preposterous? Well, many great minds are behind it!

Why? Because a simulation would be a brilliant piece of work by advanced software. It could produce fire, the smell of pine trees or even a solar eclipse. There would still be the change of seasons, and the experience of fresh fruit. Memory would exist along with sex and human forgiveness. Nothing would be left out.

As an offering of computer science, Simulation Theory could expand into all domains such as anthropology, eschatology, and engineering. Any field can explore theories about our origin and existence. Doctrines of salvation are now updated as is the afterlife and heaven. The world is a creation and so be it! It behooves us all to accept this as a fact.

It comes down to the fact that the simulation hypothesis and related presuppositions reveal good arguments for God’s existence. A simulation can be well defined and fine- tuned as described by Musk, a rocket scientist. Guillermo Gonzales speaks of intelligent design and astronomy in a way that could impact Simulation Theory. In any case, the universe is either created, purposeful and infinite or it is not.

Language is limited in describing the phenomenon. Words shape how we see our world and the same goes for a simulation. Think of how we deem the medieval period as the Dark Ages or the onset of modern times as the Enlightenment. Words imply a judgment, even when used as metaphors. But figurative speech has changed in the context of scientific inquiry. A computer used to be equated to the human brain while it is now said to “be” the brain. The body is not a metaphorical machine; it is literally a machine. Hence for Musk, the world is not “like” a simulation; it is a simulation.

The collapse of the metaphor is interesting as it was such a common practice. Now things are reduced to their “true” nature. In a simulation, a human is a neuron-firing automaton. Imagine how odd it was to once hear Darwin suggest that man is an animal a century and a half ago! The same surprise is happening now with our reductionist language.

It was a subject tacked by Wendell Berry in Life is a Miracle: An Essay Against Modern Superstition. Sallie McFague offered the same stern warnings in her famous Metaphorical Theology (1982), when she said, “Great care must be exercised lest the models by which we structure ourselves and our world tyrannize us, for such models easily become literalized. We live within these models and may forget the tension that is crucial to the proper use of models: people are not their heroes, a society is not an organism, the state is not a machine.”

We surely must find all this dabbling in divinity by the science community rather exciting. It causes no great concern or consternation for atheists or theists. Even global companies, tech or otherwise, and governments have found it fascinating. But it has the most relevance to the theological and biblical world. Think of the creation story of scripture.

Passages say that the earth is God’s “temple,” and the “heavens” are where God dwells. After death, the faithful return to “my Father’s house”. Eden’s garden is called “Paradise.” Gehenna is the terrible place where the unfaithful are relegated outside Jerusalem – a worm-infested compost heap.

Being “born again” describes conversion while Jesus is the “logos” or rational principle behind creation (at least as per the ancient Greeks). He is more than the supreme metaphor for God. He “became flesh and dwelt among us.” The Incarnation cannot be described with metaphoric language. It is for “anyone who has seen me has seen the Father.” (John 14:9)

So many other words run through the Bible such as rock fortress, midwife, fresh water, mother hen, and thunder that imply an “architect”. God is referred to as “bridegroom,” “friend,” and “lover.” Titles given to God carry a mighty descriptive power: “judge”, “savior”, and “king”. God and His creation were thus indicated and it continues to this day; and now it is about a “simulation” or Simulation Creationism.

What in the end is the truth? God is painting a picture in the Bible, and we are refining and even defining it. We are contemplating its dimensions and concreteness. Christ, his baptism and communion, are part and parcel of God’s image of things. Think of the tabernacle’s construction, the burning bush, the Garden of Eden, etc. They are in the picture as well. They all reflect a divine presence. It is a material construct given the passage that the gardener likes to “get his hands dirty.” That is quite an apt phrase.

Rather than become mystified by the Bible, we are at a crossroads where metaphor protects but does not undermine what we believe. It doesn’t distort the truth or belie the mystery. Christianity is dedicated to this truth whatever words are used. We now rely on scientific theories and technological terms to decode Christian doctrine, perhaps through apps and their user-friendly interfaces.

The Matrix Spawned the Simulation Theory