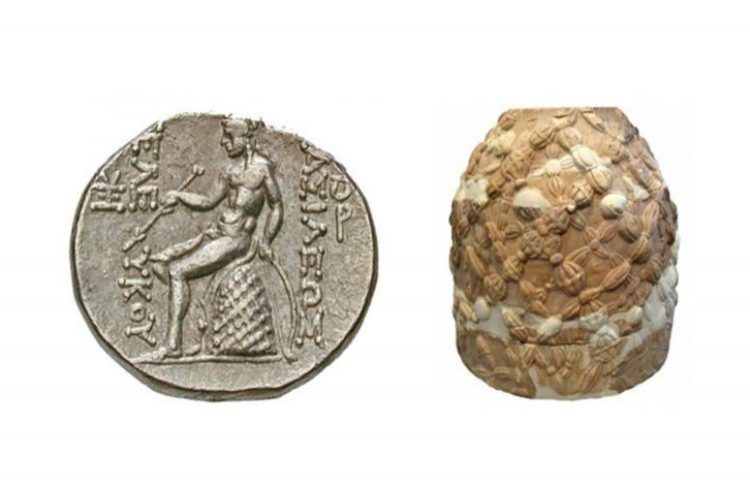 The creation of the universe and its age needs scientific evidence for some. People want to know if the cosmos is billions of years old and if the biblical creation story is sound. They may take it literally or metaphorically. In any case, what if the earth is only a few thousand years old. Such is the religious belief that accepts a divine creator behind reality and human existence.

In fact, this divinity did its work six to ten thousand years ago. It seems to work off the premise of the geological flood. There is no need to ask for scientific proof that the world is older than about ten millennia as the creator would only give false evidence to make it look older. As such, this entity would be a great deceiver. It is a strange thing for the creator to do, right?

Not according to the Omphalos Theory of Philip Henry Gosse. In 1857, he penned a book entitled, Omphalos, that addressed why the world is “functional”. Well, it is because God made it so by creating the great mountains and canyons of the world along with trees displaying growth rings. He made Adam and Eve fully formed with all their hair, fingernails, and navels intact. It is no surprise that omphalos is Greek for navel – ὀμφαλός. In sum, no empirical evidence exists for the true age of the earth or the universe that can be deemed reliable.

Thus, there is no longer an issue of the earth’s age or the universe’s time of creation. We wouldn’t believe it in any case. We can thank Young Earth Creationism for propagating a simple explanation. Yes, false evidence has made mankind accept the wrong presumptions about the timeline of the universe.

You can get the requisite scientific and discuss ecosystems and how they need a certain amount of time to function, but it must be silenced in the face of the Young Earth crew and the upgraded Omphalos theory. Nonetheless, why would the creator bother to manufacture false proof? Why deceive mankind, which is already in a daze, asking so many impossible philosophical and theological questions.

Gosse published his book and faced rejection in the 19th century, but we would see a smile on his face now. His argument has been extended in what is called the “starlight problem” that argues the appearance of visible light from stars and galleries far away are emitted for a purpose. No matter as nothing is provable.

What would he say to Nir Ziso after pondering his Simulation Creationism. It is the brainchild of this world expert and founder of The Global Architect Institute. He would be astounded even at the older Simulation Theory that posits mankind as living within a digital simulation created by an advanced brain we call a supercomputer. He would have no conception of it. He would not fathom Ziso’s model any better even though it offers a unique explanation of an observer of the simulation receiving data from a relay station in order to record his emotional reactions to human processes, thoughts, and actions. It is a good thing that we have alternatives to fully-developed navels and a better reason for existence.

There are pre-scientific sources referencing creation, the most significant being the Genesis creation story. Then in the 4th century, Ephrem the Syrian, a theologian, envisioned divine creation fashioning fully-grown organisms. Trees appeared as months old although a day old – with fruit already upon their branches. Jumping ahead to the 19th century, significant evidence of the earth’s age was already compiled. It contradicted the Bible and so was rejected by the likes of  François-René de Chateaubriand, who wrote about it in Génie du christianisme (Part I Book IV Chapter V) in 1802: “God might have created, and doubtless did create, the world with all the marks of antiquity and completeness which it now exhibits.”

Note: In modern times, a similar position came from Rabbi Dovid Gottlieb who believed that while the objective scientific evidence for an old universe is strong, it is wrong, and the traditional Jewish calendar is correct.

Decades after Chateaubriand, the debate continued with science versus religion competing for the answer to the earth’s age. It was a hot topic among the intellectuals of the day at mid-century. Now we come to the time of Gosse, who sided with the religious tradition. At the time, it was believed that mature organisms emerged upon creation. Clues indicated discrepancies in time such that their development was in question like mammals having hair. Gosse went a few steps further in positing mature organisms. He arrived at the conclusion that fossils are artifacts or remnants of creation, and necessary for the process to work. Therefore, we cannot use them to prove the age of the earth.

Likely due the preposterous content of his book, it did not succeed. The theologians of his day rejected Gosse’s proposal since it seemed to make the divine creator a liar. He was either lying by nature or in the scriptures. Scientists also spurned Gosse for denying uniformitarianism – a popular and widely supported explanation of geology at the time. They found it difficult to accept the impossibility of testing or falsifying his proposal.

Other theories were floating about, one from Archbishop John Bird Sumner of Canterbury. called “interval theory” or the “gap theory of creation”. In his Treatise on the Records of Creation, he  tried to reconcile what was known by science with the story of Genesis by saying that time passed between the creation of the universe and what is recounted in the Bible. John Pye Smith, an English theologian, had his own version. The Garden of Eden described but one small location. French naturalist Georges-Louis Leclerc, Comte de Buffon then claimed that the six-day timeframe for creation is arbitrary.

Creationism in the modern day

The history of creationism continues in the modern day with similar arguments between science and religion. John D. Morris, wrote in 1990 about “the appearance of age”. As the president of the Institute for Creation Research, he said “…what [God] created was functionally complete right from the start—able to fulfill the purpose for which it was created”. There are limits to his work. One is that he did not look at the evidence in the earth’s geological record. Instead, he went with the story of the Flood.

The idea of “virtual history” took hold, as postulated by Gerald E. Aardsma. This history has been changed by post-creation events, as seen in fossils. But what about the Fall? Is it accurate? There seems to be an issue with biblical creation and the concept of Appearance of Age in terms of the apparent suffering on earth. Take the small fish inside fossils: “Do you mean that God chose to paint, of all things, a facade of SUFFERING and DEATH onto the creation when He gave it this arbitrary appearance of age at the time of creation?”

So we had a new paradigm in the idea of a virtual history, and it was used to explain the Fall. We see words like “subjected to futility”; however, we do not see the original pre-Fall creation. It presumably had its own utopian virtual history.

False creation is another theory to consider in this context. Some have proposed a very short creation history with memories of yore. Gosse’s popular creation story has been replaced by ideas like Last Thursdayism. The implication is that the world could have been created last Thursday, hence recently. Of course, such a theory would not be verifiable. It is a type of false creation theory in which one cannot find definitive truth through empirical data. As a hypothesis, it remains challenged and awaits observable data.

The Deceptive Creator is another “theory” that takes a religious viewpoint. God could have created a “fake” universe. Illusions of light are emitted from supernovae, but it did not actually happen. In a similar vein, our volcanic mountains were not volcanoes in their original state. There was never an explosion. Thus, God could, for some reason, have devised a false or deceptive age of the universe. His purpose was to test our faith in the Torah. This is the position of Rabbi Natan Slifkin. His writings are said to go against the basic tenets of the Talmud and were therefore banned by several Haredi rabbis.

According to Rabbi Slifkin, God essentially offered two conflicting accounts of Creation: one in nature, and one in the Torah. He asked, which is the real story? One must be fake and meant to mislead us? Does nature present the real story, while the Torah version was meant to test us with a fake history! God’s truthfulness must be reliable if religion is to flourish. If God went such lengths to convince us that the world is billions of years old, why should we disagree?

Taking another turn, the Redshift challenge was postulated to address the larger wavelengths of light as measured by a receiver and compare them to the same light wavelengths as measured by the original emitter. There is a red shift in light coming from the galaxies beyond our world. It is evidence for scientists that the space is expanding between earth and these galaxies. Some are, in fact, billions of light years away from the Milky Way. We believe that light has been traveling for this long, which makes our universe billions of years old.

Now the Omphalos hypothesis enters the picture. Let’s say that God created the red shift in light to deceive humans in the present day. We are meant to assume the age of the universe as billions of years old. But this theory lacks credibility. There is no evidence or even a reference to the Bible. To accept it means believing that God has adjusted the shift in a precise manner to account for individual galaxies. Only now in our time can we understand the deception.

Bertrand Russell is a great name in modern philosophy. We credit him with the five-minute hypothesis. It is a skeptical view of creation and rather amusing: the universe was created a mere five minutes ago. It sprang into existence with human memory and all historical signs intact. It is an extreme view of truth that had to appear to counteract all the others in regard to the chronology of history.

We complete this theoretical survey with Jorge Luis Borges and his 1940 work, Tlön, Uqbar, Orbis Tertius. It posits a fictional world with religious believers. It reflects Russell’s contemplation of Goose’s “logical extreme”. One of the schools of Tlön goes so negates time, largely because we live in an indefinite present. There is no future, just our current hope. The past really is a function of present memory.

Of note, Borges had earlier written a short essay on the subject entitled, “The Creation and P. H. Gosse”,  that explored Gosse’s Omphalos. Borges addressed its unpopularity and inherent absurdity in explaining the Creation Story of Genesis.