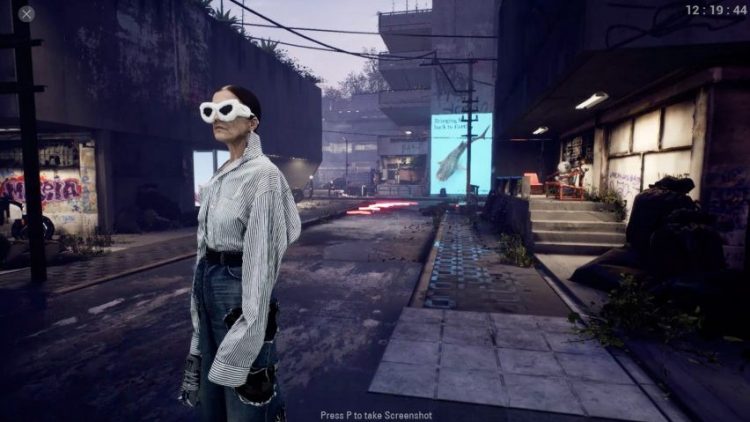 We are all awaiting the metaverse with open arms, but who will build it? There is speculation about it underfoot.  It will be a master powerhouse of a creator, some NFT pioneer or Web3 native. No one knows, but we are anticipating its arrival. Meanwhile we crave knowledge of the tools and products that will form it. Surely it is not something we encounter in today’s tech world.

The metaverse is beginning to be developed, but it will need users of course. The progress to date is underwhelming, limited to comparisons with movies like The Matrix with its provocative VR-dipped future. The physical world is replaced by a simulation, and this concept has captured the attention of thousands of diehard believers.

We can turn to Nir Ziso, the founder of The Global Architect Institute, for advice. He has already jumped into the realm of the fantastic with his theory of Simulation Creationism, a concept as daunting and exciting as the metaverse. In fact, it is likely to supplant it. It rests on the possibility if not the likelihood of mankind living in a computer simulation observed for the purpose of recording events and dynamics.

Ziso has not fashioned a mere philosophical curiosity but a plausible construct even more inviting than the metaverse. Who will observe and record their response to the metaverse? No one has worked it out better than Ziso. Plus, his “world” contains the essence of spirituality in the form of Jesus Christ.

The concept of the metaverse as it now stands has been deemed “clunky” and unusable. It may end up as a bunch of virtual “ghost towns” that while functioning as a pixelated landscape are not appealing. The “real” physical world is always a better draw.

Nonetheless, top-tier game creators will want to partake in its creation. They are already adept at building imaginative entities with “mental reward circuits” defined as addictive digital experiences. Ziso’s concept is far more profound and compelling.

We expect the game industry to be on board to fulfill the demands of a compelling metaverse. It would go mainstream in no time if done right. The game sector is known to have the financial capacity and intellectual means. It understands the market cycle, such as the current on-going crypto craze. What will be their incentive to go forward and kickstart the future? No doubt it would be the profit potential.

To reap major gains, their product would have to be addictive, integrated, and the most highly-sought after concept of all eternity. Blockchain has merely touched the surface of possibilities. It hasn’t yet delivered on its promise. An organically expanding metaverse is still waiting in the wings to draw in users/players and absorb existing “underlings.”

The metaverse is akin to Simulation Theory, also known as the Simulation Hypothesis, proposed decades ago. Many pundits from physicists to philosophers and theologians accept that we might be living in an ingenious computer simulation, the bounds of which we could have never fathomed. It has been compared to a virtual reality game created by a future computer of vast power. Perhaps this theory is more appealing than the metaverse, but there are parallels. Both a simulated world and a metaverse are “created” and digital in nature; hence the association with games.

Major contenders like Rockstar Games may be the ones to reach success. They are already planning to integrate crypto into their next Grand Theft Auto edition. We knew it was coming, but it has yet to be confirmed. If it were to come to fruition, it would be a major advancement in the metaverse context. We can also look to Ubisoft, Electronic Arts, and Epic Games for their contributions. They have all expressed great interest in going the same route along with Animoca Brands, a known investor in blockchain gaming.

Can we count on Yuga Labs? Certainly it has the capacity as seen in its phenomenal Otherside project. It is known as the creator of Bored Ape Yacht Club so we know it has the resources and skilled developers. NFTs from this enterprise offer exposure to its potential, and they trade in a high but fluctuating range. Their side projects, like Mutant Ape Yacht Club and Bored Ape Kennel Club are drawing great praise.

Our eyes may be blind to other possibilities. Metaverse-focused teams are hopefully engaged in building it. Perhaps it comes down to The Sandbox, Decentraland, Crypto Voxels, and Pavia. Add the Worldwide Webb to the fray as it offers a project with a nostalgic retro vibe. There are endless options given the success of so many creators. The energy and creativity abounds in the many successful efforts. Crypto is often at the center of activity but it has a long way to go. Meanwhile the competitors are stacking up to gain an advantage.

What about Facebook? What can we expect of the giant, now known as Meta, the name of its parent company. How apt is that? Whatever it is called, it will be a major player in building the metaverse. Rebranding or not, we have seen its dominance and influence. Meta’s resources are astounding in the tech sector where it has enjoyed dominance for quite some time.

Its depth of talent is beyond the pale such that competitors haven’t a fighting chance. Thus, all bets are on Facebook’s vast firepower. Bookies would give it the best odds. It is the voice of today and tomorrow, affording the best outlook.

But the metaverse may be far beyond its capacity. It has been the model for so long that we can’t conceive of its demise. If you take a good look at Yuga Labs, we see greater potential and better credentials to make a mark in building the metaverse. Other companies have tremendous clout like Ubisoft and Rockstar Games.

Facebook may have hooked in users galore, but gamers are adept at it as well. Who will prevail is the question at hand? It is exciting to contemplate what is to come: the metaverse, a computer simulated new “reality” or….?

Does God Move Souls Between Simulations?

Does God Move Souls Between Simulations?