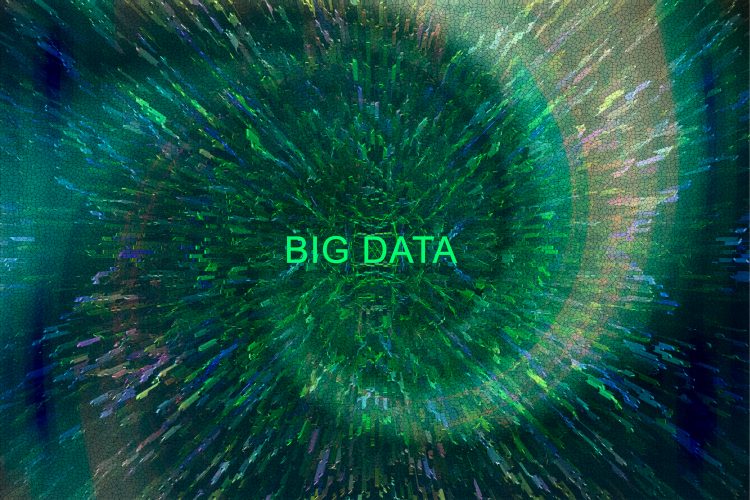 Can the universe as we know it be simulated in a kind of “cosmic contraction” by a powerful computer? Maybe so. There might even be several of these simulations. They surely challenge the old and outmoded Big Bang theory. According to Simulation Theory, it is time for The Big Bang Theory to exit.

We have a new view of the birth of the cosmos. It goes back almost fourteen billion years when a huge amount of energy came out of nowhere. Then came a rapid expansion in but a brief nanosecond and the energy burst inflated the cosmos “like a balloon”.

If there was a large-scale curvature, it was straightened by such an expansion. It leads to a flat geometry. The cosmos at this point was without features as matter was integrated, and the result wasn’t perfect. Galaxies and stars came from clumps of particles and stayed as minute specks on what may be called an unblemished cosmic canvas, to use an apt analogy (the only way to fathom such concepts).

Textbooks talk about “inflation” to describe the unimaginable such as the exponential expansion of space of the early universe. Observations from cosmologists have tried to confirm it and the outcome has some disturbing implications. If you consider spacetime as a region, the rapid expansion would never cease. According to the theory of inflation, a multiverse is the outcome. This implies an infinite variety of smaller universes. One may, in fact, be our earth. Existence is a relative term for all of them.

Some pundits believe that everything can be predicted by this notion of inflation. Yet it probably predicts nothing at all. According to Paul Steinhardt, a prominent critic of it although he was part of its creation, “Inflation doesn’t work as it was intended to work.”

Steinhardt and others more recently have been working on theories of the origin of the universe. Perhaps the universe is cyclical, growing and contracting periodically. They want to understand it by replicating it as a flat and smooth entity without the Big Bang behind it. These researchers have formed many teams with those looking into computational models of gravity. It is time to ask how a collapsing universe could change its own structure.

They discovered that  “contraction can beat inflation at its own game.” The universe can look all kinds of bizarre ways before such contraction. Then the ultimate collapse would remove any primordial wrinkles.

We look to Leonardo Senatore for advice. He is a cosmologist at Stanford who is interested in inflation and uses a similar methodology. “It’s very important what they claim they’ve done.” He needs to investigate more but is still impressed so far

Time has elapsed and a new, fresh view of the cyclic or “ekpyrotic,” universe has emerged. Steinhardt and his cohorts collaborated on the project. Among them is Anna Ijjas, a cosmologist at the Max Planck Institute for Gravitational Physics in Germany. But there are others, waiting in the wings of knowledge, hoping to visualize expansion and contraction.

Some see the universe as like a balloon, changing in size. Others use the Hubble radius to fathom the distance or measurement of what we conceive. General relativity comes into play in discussing evolution. Apparently you can flatten the universe by changing the parameters.

An analogy could work here to help elucidate this problem. Take an ant mounted on a balloon. Then see “inflation” as a way to blow it up. You get the idea of a swelling cosmos, smoothing and flattening itself. If it is a cyclic universe, such a smoothing would occur during a period of contraction. Here is what might happen: the balloon will deflate a bit in the face by a drastically shrinking horizon. The poor little ant sees it all through some giant magnifying glass with massive power. The distance perceived is shrinking as the world continues to remain featureless.

Steinhardt and his team envisioned an expanding universe that goes on for maybe a trillion or more years. It is driven by some omnipresent and hypothetical “field” wielding its energy. It may be dark energy in nature. The energy field will grow less and less and the cosmos will deflate slowly.

It takes billions of years, of course, for this contraction to occur and bring everything closer in scale. It will not disappear, however. The Hubble radius accounts for such dramatic change. It becomes microscopic at some point as the energy field is recharged in the process of contraction. The cosmos is heated up and atoms are vaporized.

In the new bounce model, a “bounce” ensues and restarts the cycle. Then the Hubble radius at the microscopic level creates smoothness and flatness. Inflation removes initial imperfections and alters their form. Following this, there is a slow contraction that “squeezes” them out of existence. The cosmos remains, one with no beginning or end; not even the Big Bang applies nor the idea of a multiverse.

The energy fields of both inflation and bounce cosmologies face a challenge. No matter how they start out, they must inevitably create the right universe in the long run. This found a challenge in the words of Ijjas: “Our philosophy is that there should be no philosophy…You know it works when you don’t have to ask under what condition it works.”

She and Steinhardt have been quick to criticize inflation for doing its job, but only in special cases. One is when the energy field forms without explicit features – and without undue motion. Other theorists have explored the role of inflation versus energy with careful attention to details and mathematical exactness.

As a team, Ijjas and Steinhardt went so far as to conduct a computer simulation as a team. Their posted results show a slow-contraction model engendering some tiny universes beyond imagination. No paper can contain all the components of such an idea!

In this vein, a theoretical physicist from Princeton, Frans Pretorius, took it upon himself to research general relativity in the context of computational models, in collaboration with others in different fields. It may seem like a lumpy experiment going in a weird direction. In the long run, they produced a boring universe unlike our own. In the words of Steinhardt, “You let it go and — bam! In a few cosmic moments of slow contraction it looks as smooth as silk.”

A cosmologist from Oxford University joined the fray. It was none other than Katy Cough who specializes in general relativity and its numerical solutions. She deemed such simulations quite comprehensive. At the same time, she saw that only recently have computational advances made such an analysis credible and possible. The waters are still uncharted on the subject. The full range of conditions subjected to inflation is unknown. In short, in her words, “It’s been semi-covered, but it needs a lot more work.”

There is some interest in the models offered by Steinhardt and Ijjas but agreement has not been reached with most cosmologists insisting that inflation is a paradigm to fathom. According to a cosmologist at New York University, Gregory Gabadadze,  “[Slow contraction] is not an equal contender at this point.”

Much remains to be done by any single researcher or a collaboration on elucidating the bounce theory. Such a complex endeavor requires some pretty novel innovation and insight. Ijjas is still at the forefront with her upgrades to general relativity that focuses on the interaction between matter and spacetime. Of note, she ponders the possibility that other mechanisms exist.

No doubt she will test her plan on a computer model. We will then see more details of the stages of contraction and expansion. What is this bouncing universe that astronomers long to understand? The details need to be worked through. Is there a cyclic cosmos and no Big Bang at all. What do we live in?

As for Steinhardt, he is optimistic that the model will one day offer a viable alternative to the concept of a multiverse. “The roadblocks I was most worried about have been surpassed…I’m not kept up at night anymore.”

Now that we understand the old and “new” theories of the creation of the universe, we turn to Simulation Creationism. As Nir Ziso, world expert and founder of The Global Architect Institute, pondered the prospect of living in a simulation, he created a model within his own Simulation Creationism. A divine deity has likely created the universe to study creation and life and all pertinent processes.

Ziso joins the many noted theorists above in asking the big questions. We don’t have to abide by quantum physics, the biblical explanation of creation, or any other reason for accepting the reality of our universe. In this digital era, a supercomputer is not unfathomable. It might well be able to run a simulation. Great interest is being generated in this concept.