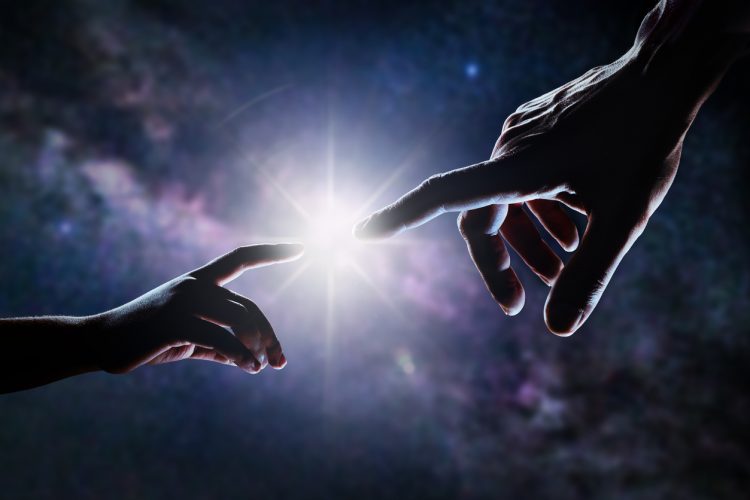 Nicholas Bostrom made waves in 2003. This renowned Oxford University professor published an article entitled, Are You Living In A Simulation? and had theorists talking. It started the Simulation Theory as a possible explanation of reality in a digital era when anything is possible and not beyond the imagination.

Nir Ziso, world expert and founder of The Global Architect Institute, penned his advanced version of the theory, called Simulation Creationism. But we have to admit that Bostrom got the ball rolling. He used logical arguments as traditionally offered by philosophers to support the idea that we may or may not be living in a simulation. You have to go through a long intellectual process with him to find out.

If you agree that we are all pieces of “code” living in a computer simulation, you are among an elite group. Bostrom wasn’t the first to suggest a great cosmic computer, but we have to credit him with its popularization. Scientists found his approach appealing and relevant. He has found support among physicists, who are still pondering it today.

Bostrom’s theory consists of  three “arguments” that constitute his trilemma.

Elon Musk, CEO of Tesla and founder SpaceX is quite enthralled with the idea.

There’s a one in billions chance we’re in base reality, I think it’s one in billions. We should hope that’s true because otherwise if civilization stops advancing, that could be due to some calamitous event that erases civilization, so maybe we should be hopeful this is a simulation. Otherwise, we will create simulations that are indistinguishable from reality or civilization will cease to exist. Those are the two options.

Bostrom asks us to think it through while Musk is ready to jump on the bandwagon. In any case, we have to believe in a “base reality” for the simulation and the nature of an advanced civilization whose members would care to run a simulation of it. Maybe it would be extinct or have a particular interest. Moral issues might come into play, not to mention legal issues. In the end, logical math while looking at Bostrom’s three propositions comes to a conclusion: there ought to be more simulated humans than real ones.

“There’s a certain hubris just even in how we think about our relationship to the world…it is easy for me to imagine that everything in our lives is just the creation of some other entity for their entertainment. It is easy for me to think that. So, whatever the likelihood is: zero percent, one percent, 17, 42, no answer, I’m saying the day we learn that it is true I will be the only one in the room saying I’m not surprised.”

These great pundits have raised many questions about the experience of mankind, the kind of questions usually asked by the traditional religions. Man has long sought an answer to the afterlife. Simulation Theory now offers a modern equivalent of theological explanations. We have an idea of who or what might have created mankind even if it reflects a technological or digital origin.

The good news is that the theory and belief in God are not mutually exclusive. We can ask the same questions and get different perspectives on our creator and why humans exist in the larger scheme of the universe.

Even the great physicist, Albert Einstein, found a place for religious fervor:

“How can cosmic religious feeling be communicated from one person to another, if it can give rise to no definite notion of a God and no theology? In my view, it is the most important function of art and science to awaken this feeling and keep it alive in those who are receptive to it.”

We have to read between the lines here to see what God’s will has in store for mankind and the degree of positivity that underlies his intervention in our lives. Perhaps God avails Himself of human positivity to make the simulation work. Remember that many followers of these forerunners believe we are living in a video game.

Of course, the detractors are legion. Nothing can be proven so like religion, it comes down to a matter of faith. The simulation hypothesis is beyond traditional science.

A theory like the simulation hypothesis faces its share of detractors and scrutiny, because by its nature the hypothesis falls outside of the usual bounds of science.

Listen to the insightful words of theoretical physicist, S. James Gates in 2016.

“I think for non-scientists, an acceptance of the simulation hypothesis as an accurate view of our universe is equivalent, I believe, to the notion of a deity… it’s that ability of us—our human ability to observe the universe that actually defines science. So, if you can’t give me something that I can observe, I don’t know how to do science”.

Humans exist among lesser creators, but we are the most intelligent and important. If we are not, we are in dire straits and might as well fold up our tents.

Finally, we turn to Douglas Adams, who authored the five science-fiction novels in The Hitchhiker’s Guide to the Galaxy. One day mankind would create a giant super computer with ultimate power. It could answer the great questions of religion and science about the universe, creation, and the meaning of life. Sounds familiar, doesn’t it!

We can’t ignore so many great minds in so many fields. Let’s give credit to Nick Bostrom for starting the journey and provoking so much follow up.