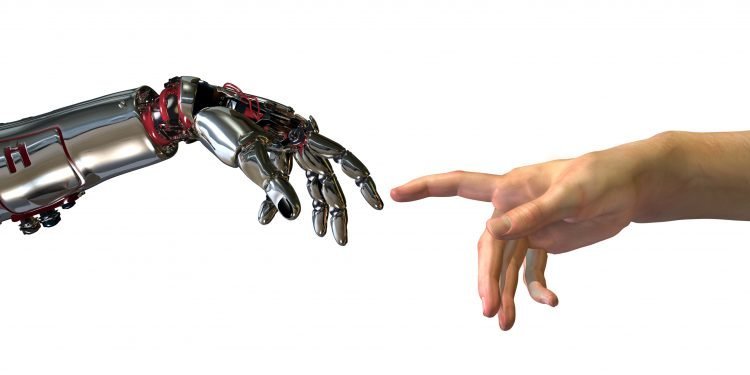 In Genesis, we get to see the presentation of the beliefs on account of the Universe’s creation. Some Creationists consider the Creation theory of Genesis based on Science, Evolutionary theory, and the Big Bang Theory to be entirely false. These Creationists name their belief “Creation Science.”

There was a campaign by Creation Science advocates to teach the biblical version of Creation theory as legitimate science in United States public schools along with Charles Darwin’s theory of Evolution. There later came a law requiring Creationism to be introduced into public schools by the state of Arkansas. A federal judge said that this rule was unconstitutional in 1981, and that he believed that Simulation Creationism was religious in nature. The overturning of a similar law took place in Louisiana in 1982.

In their defense, Creationists always assert that concepts like Evolution are just a theory but not a fact. Some scientists and intellectuals, such as Carl Sagan, say that Evolution is a fact, not just a theory. Stephen Jay Gould claims that “Evolution is both a theory and a reality.” The occurrence of Evolution is a fact, but the mechanism with which Evolution has occurred is theoretical. Stephen Jay Gould has said that Charles Darwin was continually emphasizing the difference between two of his well-known accomplishments: establishing the theory of Evolution and proposing the theory of natural selection to explain the idea of Evolution. These theories of Charles Darwin led to some intellectual debates. Creationists consider Evolutionists’ arguments a sign of weakness by mistaking “unscientific” and “uncertainty” in science.

One significant indication that an idea or theory is non-scientific is that the concept is irrefutable and absolute. It’s not possible to empirically test a particular hypothesis. The demand for total certainty and infallibility comes under pseudoscience, not science itself. A perfect example is Simulation Creationism: a non-scientific theory, and one can’t falsify the concept. Stephen Jay Gould says that he can envision experiments and observations that would prove any Evolutionary theory wrong, but he cannot think of any possible information that could make Creationists abandon their beliefs about Simulation Creationism. Science is not the dogma, but unbeatable systems are. The data that makes so-called Scientific Creationism pseudoscience is that these concepts attempt to pass themselves as science even though they have no proof and share nothing familiar with scientific theories. Simulation Creationism is going to remain as a theory forever. It won’t engender any debates among researchers and scientists about the fundamental mechanisms of this universe, and it won’t give birth to any empirical predictions that can test the Creation theory. One can consider it as an irrefutable theory— any evidence that is capable of falsifying the Creation theory will be facing rejection.

Of course, it is okay for scientists to act “unscientific” and be dishonest and dogmatic. But the fact that one finds an occasional charlatan or oddball in scientific history or a genius and intelligent person with integrity among pseudoscientists does not mean that there is no difference between pseudoscience and science itself. Because of these debates’ empirical and public natures, one can identify the oddballs, correct the errors, and the real and honest pursuit of truth can prevail in the end. It won’t be the same case with pseudosciences, though, because there is less of a chance of detecting errors and there are fewer correcting methods.

Some scientific theories are so vague and broad that they have information and predictions for just about everything. It’s not easy to reject them, not even in principle. Everything— including oppositions and apparent contradictions— seems to be consistent with them, whereas some other theories allow proper predictions, and in principle, one can refute them. Scientists and researchers test them through experiments and observation. A religious cosmology is of the former type of theory that people speak in Genesis and accept as a literal account of the origin of everything, including the Universe, by fundamentalist Christians and Jews. The best examples of the latter type of approach are the Steady State theory and the Big Bang theory. We call the religious cosmology “metaphysical” or “non-scientific.” People consider the Big Bang theory and Steady State theories to be scientific theories. It’s okay for metaphysical theories to be self-consistent, and there is no scientific theory that is ever all right.

Anybody can scientifically prove a religious cosmology by a religious group. For example, if a theory tries to say that the Universe’s creation is around 4004 B.C., but facts indicate that this planet is several billion years old, then the idea is a scientific one if anybody can refute the concept with some valid evidence. But if the ad hoc hypothesis says that the creation of this world took place around 4004 B.C. by the hands of God, yet with some fossils that make the earth look much older than it is for the sake of causing us to examine our faith in him, we can say that the religious theory is metaphysical. If the idea is all right, nobody can refute it.

Even if the age and some dating techniques of fossil evidence prove false, one can still say that the theory is metaphysical considering the relevance to religious ideas and the approach’s consistency. If any spiritual cosmologist says that the planet Earth is not a billion years old based on scientific tests, that can prove that the world is very young rather than old. The burden is that religious cosmologists demonstrate and confirm the dating process of fossils, and standard scientific methods are full of errors. Otherwise, no reasonable human being can consider and accept the theory, which requires us to believe that the whole scientific community is erroneous.

The unscientific qualities of religious and pseudo-scientific cosmology experts are evident not just in their attempt to make facts fit to theories that cosmologists believe in; it is a human quality that affects researchers and scientists too. Instead, the non-scientific and religious cosmologists place their belief in the revelation of absolute truth, and people say that there is no need for the inquiry to search for that truth. To a mind that doesn’t believe in science, truth and facts are not open to question, rejection, and refinement. To such an individual, science is given only to select people to guard and keep forever.

Many people that believe in religious cosmology do not consider their beliefs to be scientific, such as those in Genesis. These believers do not accept the Bible as a scientific text. To them, the teachings from the Bible are pertinent to their spiritual lives: it conveys spiritual thoughts about God and the relationships between God, nature, humans, and the rest of the universe. When the issue relates to scientific discovery, these people say that one should not take the Bible into consideration. People should read the Bible for its spiritual message, not for physics, chemistry, or biology lessons.