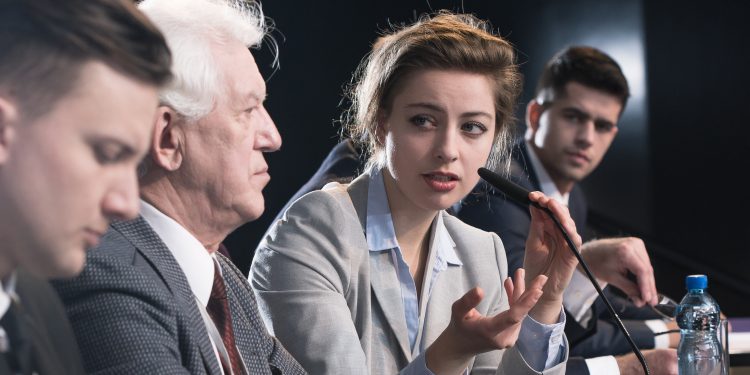 A big question that was addressed by the group of scientists was whether the complex and remarkable reality of this Universe is just a simulation. If it is a simulation, how could we find out that reality, and what would that knowledge mean for humanity? What changes in our behavior would occur if we deduced that everything we observe is nothing but a simulation, including human beings?

Neil deGrasse Tyson called the five experts to share their thoughts about Simulation Theory as discussed in the Isaac Asimov Debate. The five experts were Zohreh Davoudi, a nuclear physicist; James Gates, a theoretical physicist who observed error-correcting codes while working on quarks and electrons; Max Tegmark, Swedish-American physicist, cosmologist, and machine learning researcher; David Chalmers, a philosopher and cognitive scientist who always questions the reality of what a conscious mind perceives, and Lisa Randall, an American theoretical physicist working in particle physics and cosmology. Lisa Randall does not entertain Simulation Theory and says that we have no substantial evidence to prove the Universe is simulated.

How Could We Tell?

David Chalmers said that it’s almost impossible for humanity to ever be able to demonstrate whether the Universe is real or simulated. As the debate began, he also said that there could not be any experiments that would prove we are not living in a Simulation as any evidence we acquired would also be simulated.

Some other panelists said that if the Universe is only a simulated creation with similar limitations as the physical world, then some infinite things would be modeled, an accomplishment that would require unlimited resources to produce. It may be possible that limited representations using shortcuts could simulate our world for observers, much as an image that appears real on a screen starts breaking into pixels when we look at it too closely.

Zohreh Davoudi suggested that we may be able to spot signs of shortcuts by researching extraterrestrial rays that produce the most energetic particles that any scientist has observed. She said that if cosmic rays continuously move along their paths, it would appear different if spacetime was made of minute, discrete chunks.

Max Tegmark’s book, “Our Mathematical Universe,” published on the 7th of January, 2014, focuses on the Universe. If this Universe is simulated in a way that matches his descriptions, it would require mathematical algorithms. Tegmark also provides insight into why the Universe looks so firmly bound to math.

Max Tegmark said that if you start looking deeply at how nature works and looks,  if you observe electrons and quarks, and if you monitor how these quarks move, you quickly realize that it all follows mathematics.

Davoudi presented evidence of a computational nature. A physicist, James Gates, found something strangely like computer code in theoretical equations that describe how the Universe functions while he was working on superstring theory.

Gates discovered error-correcting codes used to find and correct errors introduced across the physical process of computing. James Gates said to find such a code in a physically real Universe is improbable.

The error-correcting codes he discovered were the same as we see on our browsers. Why were these codes so apparent while studying electrons, quarks, supersymmetry, and leptons? Gates says that this is what convinces him to say that people like Max Tegmark are not crazy. He also added that if someone continuously studies physics for a long time, then they might become a little crazy.

However, Lisa Randall has different thoughts on what James Gates described as error-correcting codes. She said that the error-correcting codes that were capable of being spread would swiftly break down. Hence, Lisa said, does it make logical sense for the stable Universe that we perceive to include such feedback? Some researchers pointed out the same process of error-correction functions during the replication of DNA, such as in organisms whose genetic material became too damaged for their continued survival.

There are some possible effects of Simulation Creationism on our world that were also explored in the debate. For example, Max Tegmark talked about the notion of the world as a Simulation as articulated by a Swedish-born philosopher, Nick Bostrom. According to Bostrom, if there is a possibility to simulate a Universe in this world, including simulated inhabitants, we are highly likely to be in a simulation right now. He also noted that in such a world, there would be vastly more simulated human beings in existence than real ones. Nick Bostrom outlined three possibilities, saying that one of the three must be true:

After listing these possibilities, he said there’s a high probability the third option would is true, and that we are in a Simulation.

Max Tegmark disagrees. In challenging Bostrom’s argument, he asked how a simulation could stop an unlimited chain of the Universes from developing within each other, each simulating another Universe below it?

Another Universe that created our Universe might have different physics than we experience in our world. There is also a theory that says that the universe itself simulates existence. It would be possible for beings in the Universe that created ours to keep changing the simulation. The question arises, how much could we learn about this greater Universe from within our own? In short, we can say that it would be similar to Tegmark’s video game, where characters are trying to grasp the operating system on which the game runs.

According to David Chalmer, it is nearly impossible to get any information about what exists outside the simulation until some glitch persists. However, he refuses to worship the creator of this simulation without knowing its origin.

James Gates mentioned it might be possible that reincarnation could result from such a Simulation. To bring someone back to life, the Simulation could simply run that person’s program again and again.

Gates said that it starts to create a dilemma between those who frequently dispute science and faith.

Tegmark said that if you are confused about whether you are real or simulated, you should go out, do exciting and unexpected things, and live this life in a way that would ensure that this Simulation’s creator would not get bored.

What it would stand for

When the researchers were asked to give their opinions on how probable it is that our world is not real but simulated, Davoudi was surprised that Gates said it might be a 1% chance. Lisa Randall said it’s completely impossible; Tegmark guessed 17%. David Chalmers claimed there is a 42% chance this Universe is simulated.

Tyson tried to understand the reality of the Simulated Universe by comparing it with learning the rules of chess by watching the pieces move. This method was initially explained by an American theoretical physicist, Richard Feynman. Tyson explained, one piece moves diagonally, but later on, that small piece, when it reaches the other end of the board, becomes a completely different piece! That is bizarre. This does not happen frequently, but it does happen. He wondered how much the Universe where we live is like a game without a manual.

Lisa Randall said that we do have an answer already, but we are continuously developing our science until it breaks down.

She says, assuming this world is a simulation could only be beneficial. It suggests fascinating ways to explore our world scientifically, and could motivate scientists to investigate further.

Randall said that Simulation Theory encourages us to ask some interesting questions, and inspires us to pursue the limits of physical laws as we understand them. After all, she concluded, we all want to reach the limits of human understanding.