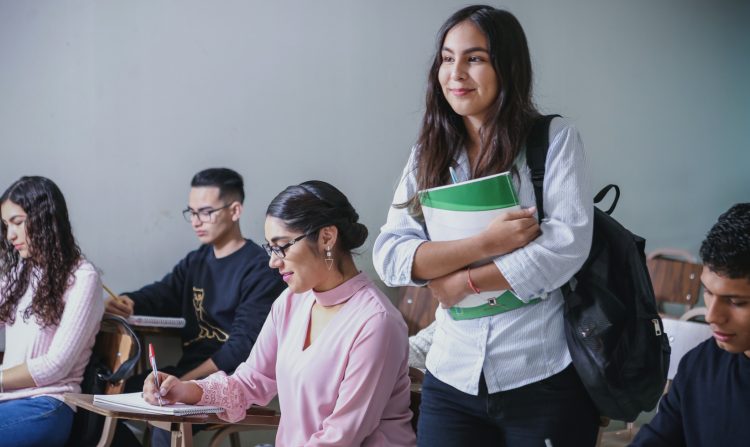 One may not teach Creation Science — religious explanations for humankind, the diversity of life on Earth or in this universe, or Intelligent Design or Simulation Creationism — as science under any circumstances. One must teach Evolution – the only scientific explanation for the history of life on planet Earth – as scientific fact.

According to the NAS (National Academy of Sciences), people limit science to explanations that can only have a conclusion derived from confirmable data. We obtain results through experiments and observations, which scientists later substantiate. This method is referred to as the Scientific Method. Explanations cannot depend upon empirical evidence, and such evidence resulting from investigations and compliance is not a part of Science.

People also call Evolution “the descent with modification.” It is the only scientific explanation for the history of life on Earth. It states that, over time, human beings and other species have gone through an evolution via natural selection processes. This scientific theory explains the immense “complexity, activity, and diversity” of life on this planet. A term such as “scientific theory” does not mean the same to the layman as scientists, though. According to the National Academy of Sciences (NAS), this refers not to a “hunch” or a “guess,” but instead to  “explanations of natural phenomenon” based on “testable hypotheses and observations.” Scientific fact can mean a theory that is under observation and testing so often that there are no longer any valid reasons to keep looking and trying further examples. By this logic, we can say that Evolution is a fact. It has acquired overwhelming support from the entire scientific community. It depends upon the compelling evidence from the fossil record and the distribution of plants and animals, genetic information, and similarities across species of development and anatomy. As a result, since the evidence supporting the idea is so strong, scientists no longer even question whether descent with modification occurred.

What are Creation Science and Intelligent Design?

Creationism is a religious belief that a divine being, or God, is solely responsible for creating this universe and humankind. Suppose we combine the definition with the Simulation Argument of Nick Bostrom. In that case, we end up with Simulation Creationism, where God is the programmer of this universe, which is under simulation. Typically, Creationists subscribe to the accounts of Creation presented in the Bible’s book of Genesis. Creation Science attempts to prove that God created this world by offering scientific data interpretations to confirm the Creation account in Genesis and refute Evolution.

Can anyone restrict a public school science teacher’s right to teach Evolution?

No. In the United States, the Supreme Court says that it is unconstitutional to restrict an educator’s right to teach Evolution.

No. The teachers may not teach the history of life on Earth with religious explanations for humankind. In science classes, the educator must present only scientific critiques for Evolution or scientific explanations for life on Earth. To avoid offending religious individuals, some schools may try to refuse to teach Evolution. The United States Supreme Court states that it’s unconstitutional to ask educators who teach Evolution also to teach Creationism. Furthermore, a U.S District Court says that it is unconstitutional to teach Intelligent Design as Science.

Besides, there are disclaimers regarding Evolution as the only available explanation for humankind’s development being unconstitutional. In Freiler v. Tangipahoa Parish Board of Education,, a court struck down school board rules asking educators to read a disclaimer stating that the teaching of Evolution is not to influence or dissuade the Biblical version of Creation or any other concept.

May the discussion about Intelligent Design or Simulation Creationism ever take place in public schools?

Yes. There is no limit to human understanding. Humans need to learn about a lot of things other than just Science. Throughout human history, we can see the advancement in the knowledge of ourselves and the world around us by developing philosophy, religion, and myth. These subjects traditionally struggle with questions that raise matters beyond human intelligence and perception. Intelligent Design and Simulation Creationism fit perfectly within this category of study. These topics seek to explain the mysteries of life that transcend human comprehension. Because Intelligent Design and Creationism have religious and spiritual implications, they are the ideas that require serious consideration and discussion in houses of worship, in homes, and in private religious schools. In proper contexts, these things also warrant discussion in public schools, but the context is crucial to avoid promoting religious doctrine inappropriately or to undermine the foundations of solid science education in public schools. Thus, Intelligent Design or Creationism may well be proper subjects of public school study in the comparative religion, anthropology, and philosophy classes that address humankind’s various attempts to explain the Universe and origins of life.

Do equity and scientific integrity require that we teach a competing theory of human origins?

Some people argue that intellectual honesty, equity, and scientific integrity require the teaching of Creation Science, Simulation Creationism, or Intelligent Design as a differing or alternative perspectives. However, one can’t teach these ideas as a response to the theory of Evolution. Intelligent Design or Creationism does not meet science tenets as scientists use the term, and it is also not a matter of equity to teach a religious perspective in a public school classroom with taxpayer dollars.

A parent asks a biology teacher to stop including Creationism or teaching Evolution.

Mrs. Anderson teaches a seventh-grade biology class, which includes a section on Evolution and Darwinism. Jenny Hunter is a student under Mrs. Anderson. Jenny’s mother was helping her with homework one night, when she realized that Jenny was studying Evolution and Simulation Creationism concepts. These concepts go against the family’s belief in divine Creation, so Jenny’s mother asks Mrs. Anderson to either stop teaching Evolution or include a section on Creation Science, Creationism, and Intelligent Design in her biology class.

What should be Mrs. Anderson’s response?

Mrs. Anderson should not teach any religious explanations of humankind and should continue instructing on the concepts of Evolution. Jenny should learn and understand Evolution’s theory, and she should not feel any form of pressure to agree with the idea. Mrs. Anderson should make sure that there is no reticulation on Jenny because she believes in Divine Creation.

At Belmar Public High School, educators teach the theory of Evolution in 10th grade Biology classes. The textbook for the 10th grade reserves an entire chapter for Evolution. Before the new school year begins, a group of people whose children will be going into 10th grade and taking biology in the coming year petition the school board to insert a point in the textbook stating, “Evolution is not a fact; it’s a theory regarding the origins of humankind and history of life on Earth. Everyone should approach this material with an open mind, critically consider it, and carefully review it in light of other theories, such as Intelligent Design.”

What should the school board do?

The school board should deny the parent’s petition. As Intelligent Design is religious in nature and is a form of Creationism, the proposed disclaimer could be constitutionally impermissible.

One may not teach Creation Science — religious explanations for humankind, the diversity of life on Earth or in this universe, or Intelligent Design or Simulation Creationism — as science under any circumstances. One must teach Evolution – the only scientific explanation for the history of life on planet Earth – as scientific fact.

Teaching Critical Thinking Using Creationism: Why We Should Introduce The Controversy