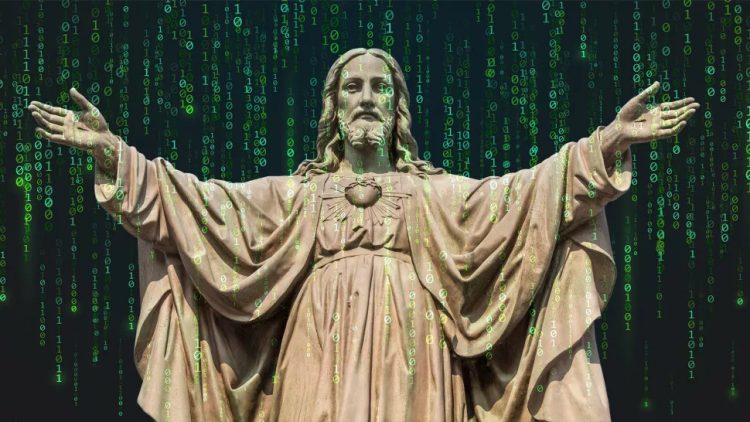 What happens after death is the perennial religious question, a central issue of following a religion according to many pundits. It is comforting to believe that we have an immortal soul. The Western tradition says that this immortal soul is judged after death based on the human actions done in life in the physical world. What men do there impacts their condition in the hereafter, or the “afterlife”. We must do good to end up there.

Each Western religion offers a twist on the notion. The Catholic church posits purgatory for those waiting to be judged. The concept of Heaven and Hell are paramount, and even intimidating. Judaism forgoes the Christian concept Hell according to most interpretations; Instead it offers Gen Hanum. Christians in general accept the Garden of Eden (Gen Eden) and Hell (Gen Hanum). By contrast, heaven is known as Jannah in Islam, based on the Garden of Milk and Honey. Hell is Jahannam and resides in the same place as it does in the Old Testament.

Within the Western religions resides the concept of determinism versus free will (human choice). The authoritative text of Islam, the Koran (along with the Hadith), mentions a Scroll of Deed for each person. God looks at it after we die to determine the consequences of our actions when alive. Not all deeds are praiseworthy, making it no doubt a complex process. Nonetheless, many have accepted this precept.

The Scroll of Deeds must lie somewhere, having been “recorded”. We can credit the Kiramin Kitabare, two angels in Islam that distinguish and record our “good deeds” and “bad deeds”. It is like images of the devil on one side of our shoulders and an angel on another. This oddity likely stems from the Islamic tradition. According to Islam, the prophet informs the faithful of their two natures: an angel and a jinn, guiding our actions.

Christians see this recording angel as a guardian angel. Jews have a similar concept and in both religions the Scroll of Deeds becomes the “Book of Life”. It is essentially a list of those chosen to go to heaven, based on the same premise of judgment.

It is so traditional as to be ingrained in the Western religious consciousness. There are indeed consequences or repercussions to human actions and the messenger angels record them. Now “keeping score” is seen as part of a game or simulation. For the religious who believe in Simulation Theory (that we are living in a computer-generated reality), the idea coincides perfectly with what they have long believed. Some entity or master mind is keeping score, while watching all we do.

Nir Ziso, world expert and founder of The Global Architect Institute, adopts such a perspective with his Simulation Creationism. He created a model that suggests that a divine deity created the universe. The purpose is to study creation and life as human processes. Everything mankind does is predetermined and transmitted to an observer of the simulation.  The transmission comes from a relay station to the observer as the endpoint. The observer seems to be watching a kind of “movie”. His consciousness is then able to record his emotional response to the date transmitted. The idea of a recorder or recording has found new ground. Our reality and existence can be explained by assuming we are all part of a simulation whose objective is to research and monitor events related to creation and life.

Now it is a matter of determining how such a recording takes place in the digital realm. It is happening in eSports video games; as the game progresses, key movies are recorded. Outside this “rendered world” that is streaming live, commentators are watching. It is all automatic and caught by software.

The recording angels of yore may or may not be involved in AI. There are billions of them: one for each human whose task is to record all human actions. It is a big job! Modern computer science explains how it is done: it is captured on a screen, recorded, and played back. Think of the World of Warcraft and League of Legends that has the ability to play the key moments back for review. Then people could judge their own actions from the perspective of right from wrong. They could vied others as well. The entire population becomes a judge as if looking at the Scroll of Deeds. It is a kind of life review.

Dr. Raymond Moody coined this idea while study near death experiences. In thousands of cases, he noted that those deemed “clinically dead” had been resuscitated. All reported the similar experience of a “life review”. An angel (a being composed of light) offered scenes of their life.

A famous example to corroborate this view was Dannion Brinkley, bestselling author of Saved by the Light. He said that he remembered this life review. In fact, called it a 360 degree life review. He saw his actions and their consequences from other’s perspectives.

It is like a video game in rewind so that participants can see themselves from the viewpoint of other player’s characters. It is like a 3D screen capture available through AI. Why can’t modern technology roll out a replay of what is described in many religious texts. In fact, the angels and the recording process are key tenets.

Angels as messengers of God make sense as a plausible explanation for the possibility of so many individual recordings. Each one has a task to watch what we do. We can give this a modern twist and post computer programs at work doing the same job of sending messages. Computer science event accounts for evil in its coding, using the concept of Daemons, a Greek word for demons. Maybe the term, Seraph (Greek for angels) is more appropriate. It is an automated system no doubt with various “monitors” in play.

God and his constituents are part of Artificial Intelligence. An all powerful deity is the mastermind behind the supercomputer running software for billions of players. God (Jehovah of the Old Testament) is a metaphorical construct for an intelligent system of “angels” at its helm.

Back to the Simulation Hypothesis, we can see that angels and the afterlife fit right into its arguments. The move, The Matrix, released over twenty-two years ago, was a seminal work that offered the hypothesis. Now we have scientific models, Simulation Creationism, and religious texts to support a simulated video-game like world with beings on the outside in a keen state of observation.