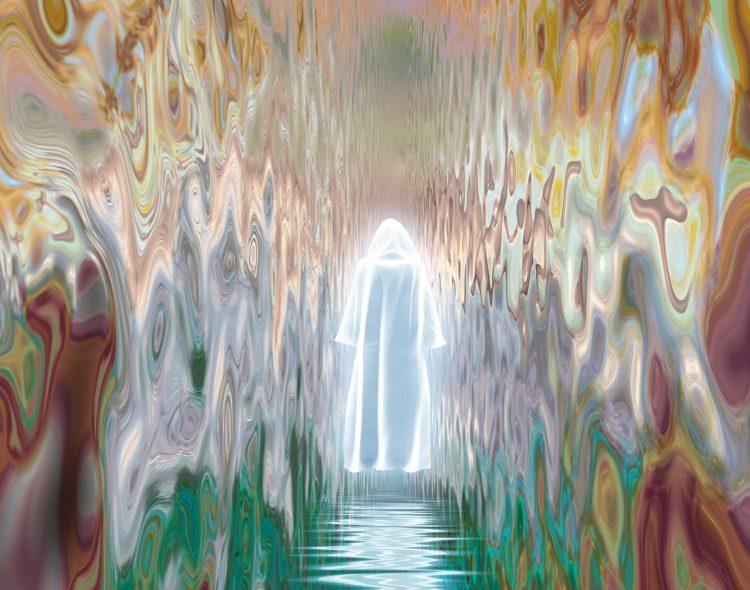 Among many conversations Jesus had with people, one stands out. It is the night talk he had with a Pharisee, Nicodemus. Jesus says to him that “no one can see the kingdom of God unless they are born again” (John 3:3). Nicodemus was puzzled by this. Jesus answered, “No one can enter the kingdom of God unless they are born of water and the Spirit” (John 3:5). Generations of theologians have also dwelled over what these messages mean. Simulation Creationism, a theory developed by Nir Ziso from The Global Architect Institute, looks at this world as a product of divine Simulation. What would Jesus’ words mean in this context?

Nicodemus comes to Jesus with the question of salvation in his heart. Jesus already knows what is in people’s hearts: “he knew what was in each person” (John 2:25). That is why the Lord does not wait for Nicodemus’ question; he immediately starts telling him the answer to whatever troubles him. It is an outcome of what Simulation Creationism thinks as predetermination. God knows everything, including the thoughts in people’s heads. There is no free will as such, but a predetermined simulated computation that leaves people following a prescript that elevates our inner soul.

The Pharisee’s question is how not to be cast ourselves away from God, and Jesus answers him that only through a new rebirth or birth from above (exegesis varies according to the meaning of the Greek words) are people saved. As a legalistic Jew, Nicodemus thinks salvation should undoubtedly come through adherence to the law. Jesus denies it and does not even see salvation as a human possibility. What is offered to humankind is a new dimension that goes well beyond the knowledge of the wisest men.

Later, St. Paul will focus on Jesus and not on the Jewish law: “But now we have been released from the law because we have died to that in which we were held so that we might serve in the newness of the spirit, and not in the oldness of the letter” (Romans 7:6). The law is a code through which the world works. Following Simulation Creationism, such rules are important for everyday existence but not for realizing actual reality. Thus, following the law is not how to breach The Simulation’s frames; it is by following Jesus Christ instead. There is a misunderstanding among the people. Only new men can be reborn and look at the Kingdom of God, whatever their nation and religion.

Jesus suggests that rebirth happens from water and Spirit. Shown plastically, the Holy Spirit gives new birth almost like a woman. If we look at the Holy Spirit as energy running the “Supercomputer” used to simulate our world, then we can see what these words might mean in the context of Simulation Creationism. By the power of the Spirit, people are reborn to a new level of attaining Christ-like character.

This might happen now or in another simulated world – in “new heavens and a new earth” (Isaiah 65:17). The rebirth from water is a bit more problematic. Biblical historians think it was added later to sanctify the process and confirm the validity of baptism. St. John the Evangelist did not give much attention to baptism, so it might be possible that he did not mean Jesus’ words were a call for massive receival of this sacrament. It rather means purification, as John writes in the story about the wedding in Cana: “Nearby stood six stone water jars, the kind used by the Jews for ceremonial washing” (John 2:6). Also, St. John the Baptist announced that the Messiah would baptize through the Holy Spirit: “The man on whom you see the Spirit come down and remain is the one who will baptize with the Holy Spirit” (John 1:33). Looking through the lens of Simulation Creationism, we may conclude that the Spirit is the instrumental power of God through whom the rebirth happens, and the water is a symbol of the purification of people’s hearts and souls – basically of gaining an awareness of reality.

Jesus also distinguishes body and soul: “Flesh gives birth to flesh, but the Spirit gives birth to spirit” (John 3:6). The first is from one’s mother; the second is through the Spirit. For Simulation Creationism, it means that people are intended to be within The Simulation in their own world, while the realm of God is inaccessible. Thus, rebirth in Spirit is a total transformation from flesh to spirit. It is a “return to God” outside the simulated world. We cannot easily comprehend what state this is, but we are promised new bodies afterward. This means we are destined for another simulated world, possibly much different and better than this one.