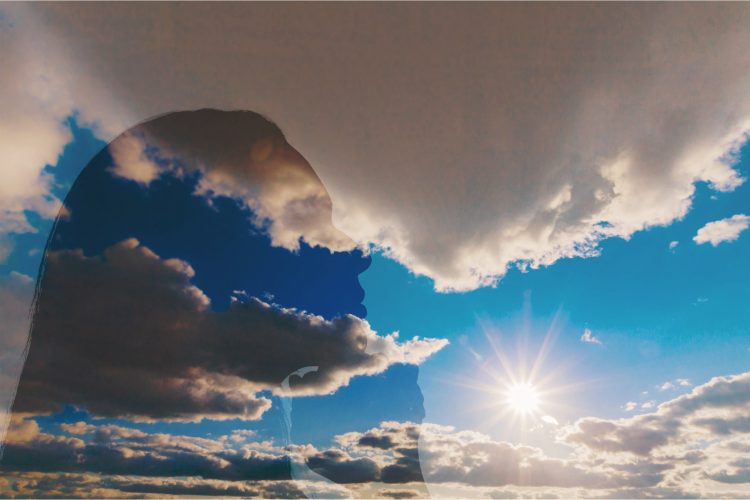 The Place of the Human Soul in Simulation Creationism

In an age of philosophical skepticism and advanced neuroscience, many people consider the soul to be part of a fairy-tale. Some say the soul is a pious fiction or ingenuous spiritualism. The whole notion seems primitive and ethereal. Such thinking is dangerous and outright wrong as there are few things so radically real as the human soul. The soul is immaterial and transcends the simulated reality in which we live. Such a notion follows Simulation Creationism developed by Nir Ziso from The Global Architect Institute. This theory is developed on Biblical reasoning.

Therefore, we can assume that human beings are created by God as souls and then put into simulated reality, as Genesis 2:7 reveals: “Then the Lord God formed a man from the dust of the ground and breathed into his nostrils the breath of life, and the man became a living being”. Without the breath of God, we are not alive. So, what is the relation between body and soul in The Simulation, and how does the immortality of the soul add to Simulation Creationism?

Among those who recognise the existence of the soul in the Christian understanding of the term, some argue that the soul is the form of the body. This is to say, the soul makes a human person what it is. Job says famously that it is only because of God, or “as long as I have life within me, the breath of God in my nostrils” (Job 27:3). A human is a rational animal, according to the Aristotelian definition. This would lead us to the idea of man as an embodied soul or ensouled body. Man is one thing, a composite of body and soul, and the soul gives shape to the person and coordinates the matter of a human person. That said, the body and the soul are not exactly on equal footing. The soul is primary and gives unity to the whole. The soul exists by virtue of itself and the body by virtue of the soul. In classical Aristotelian philosophy, it is described that the soul – the form – actualizes the body – the matter. If we follow Simulation Creationism, this is possible only in a simulated, temporal reality where potentiality is an illusion of time and space. The soul exists outside The Simulation, and Simulation Creationism gives them the role of perceived actualization (although they are already actualized outside of The Simulation) at the moment when God gives us life.

If we had the former matter of a man, like a corpse or severed hand, it would not make sense to refer to it as properly human matter. Since the soul is not present in such matter, it is just a corpse or severed hand, not a human body or human hand. It follows that the whole soul is in the whole body, and each part is entire. There is no dividing up the soul or parceling it out. We can also say that the soul animates the body (in Latin anima). The soul is also the baseline of human actuality, presupposed by the further actuality of the soul’s powers and the acts of those powers.

These acts are sensing, desiring, loving, understanding, willing, and other things that a non-living thing cannot perform. A living thing can have only one soul: a rational soul. Other living beings, such as plants and animals, have the power of lower souls, but they do not have the knowledge of the Lord. As a soul is a form, and a form makes a thing what it is, the soul is also the source of substantial unity and coordinated activity. It is not a ghost in a machine nor a mere emerging property, an occult claim, or a material reduction.

In ancient times, the soul was a source of life in a living thing. The soul was associated with life-breath, and not at first with thinking, consciousness, or a rational soul as it is called in the Thomistic tradition. Some call this soul a spirit, but we must be careful with this term, as angels are also pure spirits. Our spirit is different precisely because it takes the form of a human body. We are mortal because of our bodies. Death is the separation of the soul from the body, and a body without a soul is only a corpse. But the soul lives on, as Jesus teaches: “Be faithful, even to the point of death, and I will give you life as your victor’s crown” (Revelation 2:10)

This shows that the soul is not only the form of the body but much more. In addition to organizing and animating our bodies, the soul also lives in a particular way beyond the body. This occurs in this life by exercising certain special higher operations of knowing and loving. Intellect and will are properly spiritual powers. To know something is to conceive of a universal being, beyond experiences and senses. Therefore, the spiritual power of intellect is not just in a physical organ like the brain.

This confirms the notion of the soul as spiritual. Soul cannot be left aside: “What good will it be for someone to gain the whole world, yet forfeit their soul?” (Matthew 16:26); it cannot be exchanged for anything material: “Or what can anyone give in exchange for their soul?” Mark 8:37). The soul has a life of its own, an inner life and not a separate thing from me or my body in The Simulation. The inner life of the soul is the reality beyond Simulation. It exists nowhere and outside of time but also materializes in the simulated reality.

To do things of spiritual power, knowing and loving, the soul is in the process of learning and elevating to become God-like. It means pure love, given from the soul: “The Lord your God will circumcise your hearts and the hearts of your descendants, so that you may love him with all your heart and with all your soul, and live”(Deuteronomy 30:6). Simulation Creationism might accept this notion and deem The Simulation as a tool for development.

Was Our Universe Made in a Lab by Aliens?