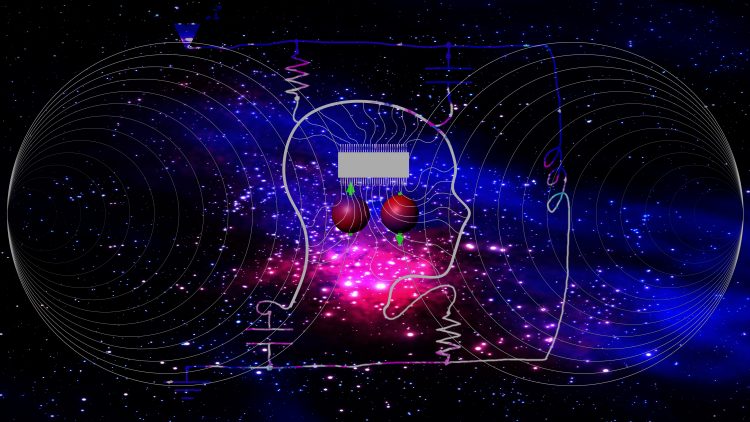 It is a big question: does objective reality exist? What does quantum physics say about it? First, it is to be noted that so many facts are spreading across society, like a virus. These dubious facts have infected quantum physics. It doesn’t make sense however and may be counter intuitive.

We have long accepted the scientific method as a reliable method of observation, including measurement and repeatability. The method is felt to yield objective truth for all observers.

In spite of our trust in science, new research is questioning its merits. A paper in Sciences Advances is one such study. It alleges that the micro-world consists of atoms and particles – known facts – but they are governed by some rather strange rules. It is all about quantum mechanics. This means that two different “observers” would arrive at different results. Facts are subjective, and these observers are but players in the quantum realm.

If we want to know what the real building blocks of nature are, we turn to physics to view particles in different places and states. Scientists refer to this as a “superposition”. What happens when something is not observed? Well, we at least know what happens when it is observed. A quantum system breaks the superposition. This has been proven in the lab.

There was a landmark experiment done by physicist Eugene Wigner in 1961. His intention was to question the result of applying quantum mechanics to “an observer being observed”. Wigner imagines someone – friend – tossing a quantum coin in a closed lab. When tossed, the coin will have a definite outcome: either heads or tails. Given no data on his friend’s recorded measurement and using quantum mechanics as his guiding principle, he is obliged to assume that both the coin and the subsequent measurement are in a superposition of all possible experiment outcomes.  It is a fact that such a superposition exists. They are “entangled” such that if you manipulate one possible outcome, you inevitably manipulate the other.

This verification of such a superposition is referred to as the “interference experiment” in which a quantum measurement unravels the system and confirms the entanglement. The person tossing the coin measures and records the result of each coin toss. Nonetheless, when Wigner and his friend exchange information subsequent to the toss, the friend will assert that they both envisioned definite outcomes. Wigner will disagree upon observing the friend and the coin in a superposition.

It was surely an interesting thought experiment that attempted to reflect reality. Not much has been done in this vein since Wigner’s effort. Some tried by the name of Časlav Brukner from the University of Vienna. His goal was to prove formally that measurements in quantum mechanics are in fact subjective and dependent upon an observer.

He proposed a new kind of testing of Wigner’s coin tossing scenario, using the framework of John Bell from 1964. He created a test case, using two distinct boxes for two pairs – Wigner and friends. He then conducted measurements on a “shared” state (inside and outside the boxes). He was looking to evaluate “Bell inequality”. Observers could alter the fact if this inequality was nullified.

The experiment was recreated in Edinburgh on a smaller scale quantum computer (made up of three pairs of entangled photons) at Heriot-Watt University. The coins are represented by the first pair of photons. Then the next two performed the toss itself, allowing for measuring the photons polarization within their boxes, respectively. The two remaining photos were also measured outside the two boxes.

It took some fancy state-of-the-art  quantum technology and several weeks to collect the data from the six photons. Enough statistics were thereby generated. In the end, the experiment’s recreation showed the possible incompatibility of quantum mechanics and objective reality because” inequality” had been violated.

A theory thus arose based on several assumptions about the measurement of outcomes as being influenced by signals traveling above the speed of light. It postulates that observers are free to choose their measurements. It may or may not be possible! Important questions emerged about whether single photons might be considered as “observers”.

Let’s ask Brukner. In his theory, observers need not be conscious but only able to establish facts based on a measurement outcome. A valid observer equates to an inanimate detector. Can we therefore accept that such a detector, possibly as small as a few atoms, would be a quantum object like a photon? Textbook physics doesn’t provide a clear answer and standard quantum mechanics might not apply at large length scales. Of note, testing becomes a separate problem.

We can learn other things from the “experiment”. They include information about local models of quantum mechanics and the nature of objectivity. This information might cause us to rethink our assumptions or presumed facts about the macroscopic or outside world. We might be under some misconceptions, and quantum mechanics might not be able to entertain the idea of subjectivity. Physicists hold varying views on the subject.

Some find the results of the experiment as support for the role of observation and the existence of a parallel universe it would detect. There might even be more than one. They see the experiment as hard evidence for some observer-dependent theories, one of which is Quantum Bayesianism. According to it, an agent’s experiences, and actions, are central to its veracity.

But some physicists have another view: quantum mechanics will break down the proposed complexity. It is a scientific and philosophical issue that awaits further attention. Will we ever come to know the nature of reality?

Let’s set physics aside and turn to Simulation Theory. Why? Because the universe may operate according to the laws of nature and may not even be objective because it is a simulation. Advanced software running on a super computer that is lightyears beyond our imagination respects quantum physics and all its ramifications as discussed above. The theory is held by many theorists and has been amplified by Nir Ziso, a world expert on the subject who offers Simulation Creationism.  This founder of The Global Architect Institute not only accepts the possibility that we are living in a simulation but pushes into further.

HIs “model” suggests that our reality and existence can be explained by assuming we are all part of a simulation whose objective is to research and monitor events related to creation and life. It is exciting to see what comes of this proposition.

Are Our Dreams Glimpses into an Alternate Dimension?

Science Agrees With the Bible Over Creation - but does Simulation Creationism?