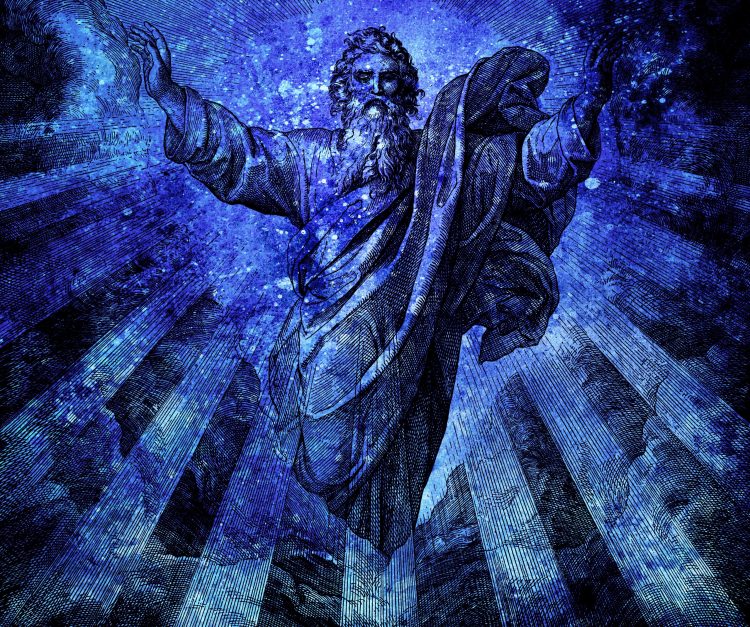 Our Christian teachings reveal the reality of having “something.” God created the place where we live, the time we live in, and us. Even if it is all simulated, as Nir Ziso proposed in Simulation Creationism, it is something rather than nothing. To go into a deeper understanding of what it means to have things created, we must first try to comprehend what kind of being makes “something” exists.

The existence of this world is tied cosmologically to a Creator with divine attributes. Immediately, we come to the problem of what things fundamentally are. If God created absolutely everything except Himself, then He is. As He says several times in the Bible: “God said to Moses, “I am who I am.” And he said, “Say this to the people of Israel, ‘I am has sent me to you.’” (Exodus 3:14). The primary characteristic of God is that he exists by his own nature. His essence is to exist: “I am the Alpha and the Omega” (Revelation 1:8). It is complete self-sufficiency and the fullest existence possible. God does not depend on anything else. In Simulation Creationism, the concept is even more vivid, as God simulates the world with sovereignty. It is easy to say it but much more difficult to explain, as we are always dependent on something. Our essence is not always tied to our existence.

Because God exists essentially, there can be only One God. If there were more than one such deity, God’s essence would have to be shared with several existing divine beings – not comprehensible to us. Almost everything we see can be multiplied. The essence of a tree is one thing, but many trees exist. It is different for God. What he is, is the same as that he is. God is his existence; he is just himself. He cannot multiply. God says it to Prophet Isaiah: “I am the first, and I am the last; besides me there is no god.” (Isaiah 44:6). So if there is a Creator, there must be only One Creator. It is a reasonable explanation of monotheism, to which Simulation Creationism easily adapts as it is an underlying principle.

Everything we see is God’s creation. It contains not only visible things – the substances made from atoms and molecules – but also those invisible things, states, and events where physical matter interacts, as the Psalmist reminds us: “By the word of the Lord the heavens were made, and by the breath of his mouth all their host” (Psalm 33:6). If He created everything, it also implies the colors of things and the behavior of people. It is all predetermined as a product of The Simulation. All the substances and characteristics were created within a system, which Simulation Creationism says derives from a “Supercomputer”. It is the easiest way to understand what such a system does.

Furthermore, God has to possess an intellect and a will to create. It is the ultimate reason why there is something instead of nothing. If God is self-sufficient, then he does not need anything. He can simply exist without all the worlds he had created. Still, whatever that reason is for His creation, the Creator should have the intellect to design “something” and the will to do and appreciate it as a sustainable “something.” These two things are cosmological preconditions to creating because God creates from nothing. Although we might think of Simulation as something, we may argue that it is still “something” made at least according to Simulation Creationism.

Creation is not temporal – everything that exists is not made in a moment, either before or after. In the Bible, it is poetically described: “with the Lord one day is as a thousand years, and a thousand years as one day” (2 Peter 3:8). Also, creation is not developed: it did not spring up into existence due to particular emergence. There was no “potentiality” for creation – only actualization. There were no prior resources, no temporality, and no ontology besides God. At a point without time and without space, according to Simulation Creationism, God created The Simulation within which there is our simulated world and other worlds too. But to say that God created everything without giving us a taste of this process would be akin to all those atheists who say that there is no God and things were made differently.

Creation is not a natural process; in nature, we do not see anything just coming out of nothing. It calls for a Creator that has a goal. As a personal being, God commanded, and everything came to be, as we read in the first chapter of Genesis. In metaphysics, the ontological argument is generally seen as proof of the existence of God. However, if God exists, it is false to say that nothing exists. In this way, “nothing” can’t be. It is close to the cosmological argument that argues for an ever-existing being that made “something,” and therefore “nothing” cannot exist. There is absolutely no alternative to both arguments, as God is an all-contingent being, the source of all power and goodness – precisely to the point that it suffices.