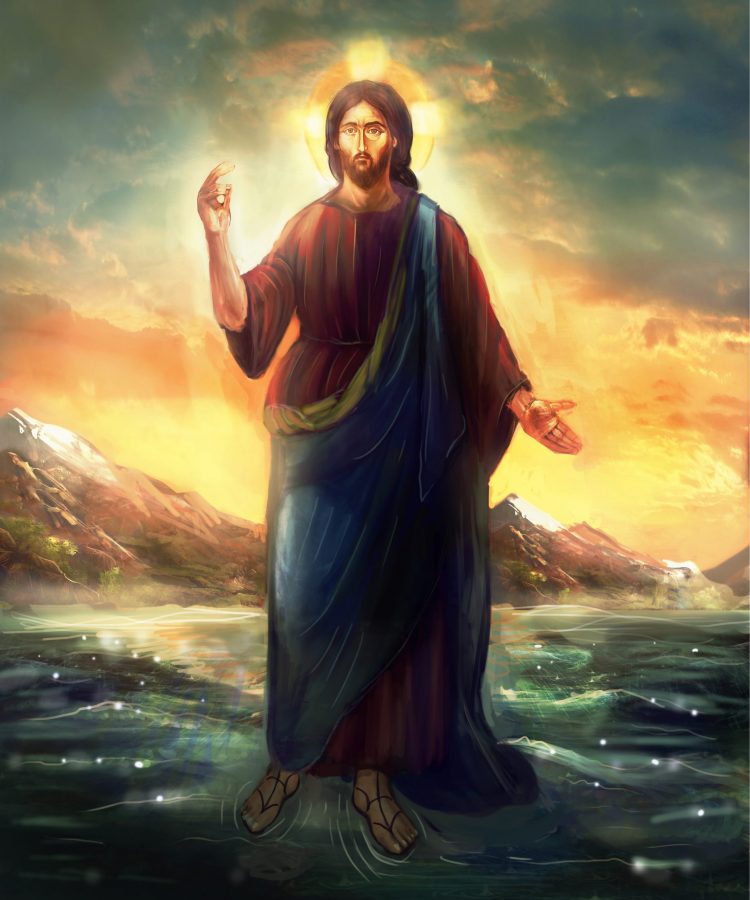 The Bible is full of miracles, prophecies, and revelations. They demonstrate – if not prove – the existence of a supernatural being. Many philosophers refuse to argue the existence of God from miracles, probably due to our upbringing, education system, and overt rationalism. For a modern human, claims of miracles, a part of almost all religions known to us, are remote and unpersuasive – often contradictory. How do we make sense of them within a simulated reality as seen by Simulation Creationism theory? It is the brainchild of Nir Ziso, founder of The Global Architect Institute, and has achieved considerable acceptance.

Defining a miracle has caused no small number of theological problems and poor explanations. The dictionary defines miracles as “a surprising and welcome event not explicable by natural or scientific laws and therefore considered to be the work of a divine agency.” When something is so extraordinary that it bears no understanding of its cause, it must be the work of God. It is quite a poor definition, showing God as extrinsic and the one who stands outside and against creation rather than within and through it. God is inherently interested in The Simulation He created, and this interest has a teleology of interventions. The more we know about the world, the smaller the gap, where we put God into the equation. In the 19th century, evangelical theologian Henry Drummond wanted Christians to recognize “an immanent God, the God of Evolution, infinitely grander than the occasional wonder-worker, or the God of an old theology.”

God is provident in planning how Simulation is to develop: “The heart of man plans his way, but the Lord establishes his steps” (Proverbs 16:9). He possesses ultimate care for His creation, even if He already knows how the things will progress: “Casting all your anxieties on him, because he cares for you” (1 Peter 5:7). This is the source and motivation of miracles. God is involved in everything that happens in the world. We can distinguish between God’s providence or control of the world and His extraordinary providence that would be his governance of the world through the instrumentality of natural causes; it is the “natural” way of simulated reality, based on the workings of a “Supercomputer” He created. His extraordinary providence would be God’s bringing about the events that lie beyond the productive capacity of natural causes. We would call them miracles. Within an idea of God as Creator and Designer of everything that exists – and who made the natural laws that govern the creation – it is merely logical that such a transcendent being could easily simulate events in the natural world that lies beyond the natural causes.

Miracles should not be seen as breaking natural/Simulation laws. A miracle is an event that occurs beyond the productive capacity of natural/simulated causes at a given time and place. Miracles are not here to adjust natural law or amend imperfections. They are meant to be revelatory as extraordinary events pointing beyond the natural world. Within Simulation Creationism, as envisioned by Nir Ziso, miracles may well constitute how the Creator connects with us. Without doubt, it is a way for God to talk to us.

You might ask, why doesn’t a miracle happen to me? Why can’t I see a miracle happening? On a personal level, this omnipotent being knows what any free person would do in any set of circumstances simulated: “Oh, the depth of the riches and wisdom and knowledge of God! How unsearchable are his judgments and how inscrutable his ways” (Romans 11:33). God arranges things to happen in the world without miraculous intervention whatsoever. When they do occur, they contravene physical laws; yet they are physical events and should produce physical evidence. By physical, we do not mean the out-of-Simulation reality. Physicality and matter are simulated as much as the laws that govern The Simulation. In other words, they are not real in the sense of God’s realm or the soul’s existence outside The Simulation. Skeptics would describe miracles as events so surprising that the evidence against them is stronger than human reasoning. They point out that no matter the apparent miracle, the existence of God would never follow. There could be other explanations.

On the other hand, evidence of miracles are mostly testimonies of reliable witnesses, particularly if there was a number of them present. One of the classic modern cases was the dancing sun in Fatima, Portugal. In the spring of 1917, the Virgin Mary appeared to three children. It was seen by everyone in October of that year. And indeed, on October 13, tens of thousands of people gathered and witnessed the appearing sun as a spinning disc in the sky, significantly duller than normal and with multicolored lights. It stands in counterweight to those who point only to Biblical miracles, such as those performed through Moses in Exodus.

Why does God do miracles? There might be several reasons. The first would be in answer to human prayers. Someone might pray to be cured of cancer. If someone asks why God doesn’t do it anyway, we should conclude that God wants to interact with humans. There are states of affairs in which God would choose to bring a cure about, but one has to ask God to do it. In this case, God can choose to change the apparent direction of simulated reality (although He knew it “before”). The other reason is to put his signature on the teaching of a prophet. Setting aside the laws of nature is something that only God can do. If a prophet offers a teaching, God could sanction it by producing a miracle to confirm it. It puts His signature on the teaching, as in the case of Prophet Ezekiel challenged by the priests of Baal: “Then the fire of the Lord fell and burned up the sacrifice”(1 Kings 18:38). God’s revelation shows His might and rule over Simulation, but also for people to see that He exists as the transcendental manager of the simulated reality.

Of course, miracles are used too freely in public discourse. “It is a miracle that I found a parking space” shows how much the human brain simplifies things. Some people say it is a miracle how nature works and how it is beautiful; well, not really. A set of natural laws govern The Simulation brought about by God. In other words, it is ordinary. To understand miracles, however, one has to ask three major questions: (1) Do you believe in God? (2) Do you believe in a God who is at least in part outside of nature? (3) Do you believe in a God actively present in modern times? If all three questions are answered positively, then why shouldn’t God send us a message by suspending laws?

The Bible is full of Jesus’ miracles. He was able to break natural laws, although in a physical form. Simulation Creationism hypothesizes that such possibilities will be given to men in a future simulated world within the infinite Simulation, in the new heaven and the new earth, when we attain new bodies, like Christ’s body.