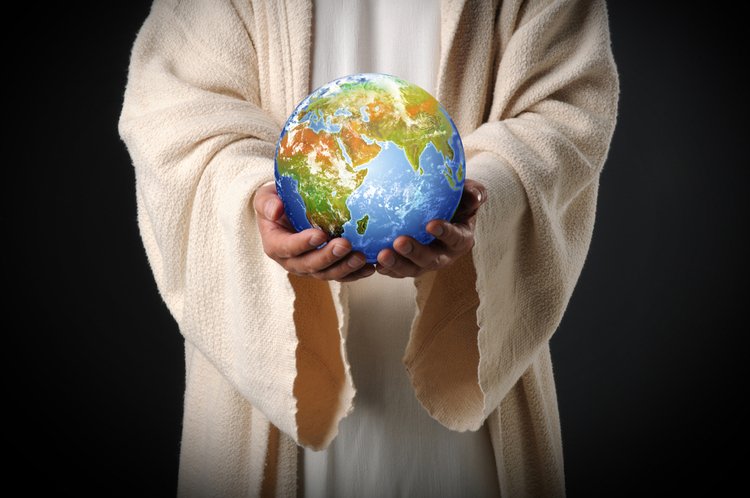 Many believe the hopeful statement that we are in God’s hands. It gives us strength and comfort. But how do we reconcile this truth with the idea of living in a computer simulation? It is a novel ideal for our digital era and one accepted by none other than the famed Elon Musk. So how indeed do we know that we are not living in a computer simulation? What does Simulation Theory and Simulation Creationism have to say on the subject?

First we take a glance at Simulation Theory provoked by Nicholas Bostrom’s 2003 paper, “Are we Living in a Simulation?” His arguments are impressive, but the end result is not definitive except maybe for a logician. Then we have Simulation Creationism devised by world expert, Nir Ziso, founder of The Global Architect Institute.

They lead in the direction of the simulation hypothesis that states: computers can run simulations just like physicists do in their research on the interaction of subatomic particles. And as technology allows, simulations will grow ever more sophisticated and detailed. The natural world as we know it will be fully recreated!

Simulations could be run about the past too so we can learn about our ancestors’ lives. We might want to play an amazing video game for fun. It could be extremely complex – the size of the entire universe, for example, in the form of a toy. We could run as many simulations as we wanted. And if we don’t, why not imagine aliens at the helm of a master computer of infinite power? The simulation would be just like our own world, but we end up with Bostrom’s question, “are we living in a simulation?”

Theologians,  physicists, philosophers and scientists are taken with the idea and have become preoccupied with various “proofs”. They just have rephrased Bostrom’s statement into “how do we know the world we experience is what it seems to be and could it in fact be somewhat different?

But Bostrom’s trilemma, or three-part argument, is still the model of proof. He offered three propositions. To paraphrase, the first alleges that any “fraction” of a human-like civilization – one that existed in a “posthuman stage” and is capable of operating a simulation of great fidelity to our reality in the form of a simulation – is likely to be “zero”. Next, the portion of this fraction that would be interested in doing so is likely to be “close to zero”. The third argument finishes the triad: the fraction that has undergone similar experiences to our own and are living in a simulation is likely to be “very close to one”.

What does Bostrom say in his seminal article? He does not consider any of these arguments to be true – not one more than the other at least. But he has his own assumptions. Others like Elon Musk concur. The industrialist is partial to his third argument. He is quoted as saying that the odds are billions to one in favor of humans living in a simulation. Then astronomer Neil deGrasse Tyson pipes in that the odds are fifty-fifty.

As good as that sounds, considering who is making these statements, there are several other responses to Bostrom’s options. Many theorists argue that the laws of physics do not allow for an advanced civilization within a detailed simulation programmed by a super computer. In fact, the limits are said to be insurmountable. That takes care of the first argument proposed by Bostrom. It is false.

As for the second option, it is unlikely that some kind of advanced simulation would be capable of creating a simulation even if it were interested in doing so. It likely would have gone beyond the need for such an altered reality. Or if posthumans were interested, it would be for research or entertainment. Engaging in wiring the human brain would likely be more entertaining to them. Thus, option 2 is false.

The whole trilemma comes into question in regard to the nature of consciousness and patterns of information within the context of a computer creation. As Bostrom states it, there is “the faction of all people with our kind of experiences”. In that we do experience consciousness, we are not living in a simulation. The odds would be zero and option 3 would prove false.

Computers simply cannot simulate human experience. Thus, an alleged ancestor-simulation is not possible. Nonetheless, the simulation hypothesis was proposed for all to see and attack. Now it was the task of Christianity to make it work or deny it.

The Christian faithful have a specific creed: God is maker of heaven and earth. To extend this concept, He as the perfect Creator is the hallmark of the Christian worldview. Heaven is the spiritual world that contains human souls. Earth is the natural world around us created by the hand of God.

Philosophers and theologians have long contemplated these “truths”. They have sought to prove that God exists. But does the simulation hypothesis interfere with His existence? No, it does not as per dozens of theory proponents. A simulation exists within the product of a master creator – a supercomputer. That entire cosmos might be a simulation after all. There could be innumerable simulations each containing a world. It would be one world within another like stacked Russian dolls. Call it a multiverse. In all this postulating, there must be one final world that is the work of God.

Both the simulation hypothesis and Christian theology seek to understand the nature of our physical world. Classical element theory posits that it consists of four or five basic elements: air, earth, fire, and water (plus ether). Contrast this to the modern atomic theory of matter that prefers to see the natural world as made of patterns of subatomic particles in the process of forming patterns.

Simulation Theory steps in with an alternative. Patterns of information in some kind of supercomputer, as yet unknown, form the natural world. This computer even simulates atoms! Each tradition contemplates the fundamental components of “reality” and concludes that they are either subatomic particles or patterns of information. Religious or not, you can see that this is an essential line of inquiry because the natural world does in fact exist whatever comprises it. All that has changed is the entry of the idea of a simulation. Now it is a layer of reality that contains a supercomputer.

Consciousness as a material construct

Where does the human soul fit in? There is a larger spiritual world behind the physical one. Consciousness seems to indicate this world. In fact, we have a subjective experience of it. As for consciousness, subatomic particles are part of it according to materialists. Thus consciousness becomes a material construct. It is no longer appropriate to deny that it can be formed by computerized patterns of information.

This is where simulationists come into the picture. Despite the plausibility of many theories, they have yet to be proven scientifically or otherwise. No testable hypothesis exists that explains consciousness in relationship to the physical world or a simulation. In scientific and philosophical circles, this is “the hard problem of consciousness.”

However, consciousness is a fact that science can indeed dissect in its own way. Therefore, it is said to arise from material phenomena. Yet there is a spiritual side to it, something “nonphysical” that we call a soul. This soul interfaces with the human body and is the heart of consciousness. Neither the atomic theory of matter nor Simulation Theory offers the perfect explanation and proof.

The Christian worldview remains intact as it is based on faith. The soul is assumed to exist. This dovetails with the scientific perspective that souls relate to those patterns of subatomic particles that form the base layer of the natural world. It also dovetails with the Simulation Theory that addresses the same concern. If it is in fact true, the soul would interact with those patterns of information whirling about in a computer system, operating in the same base layer of reality.

It is either true or not true that spiritual souls interact with data patterns of any sort. You would have to reject Simulation Theory if this were not possible. In any case, the soul’s existence would not have to go by the wayside, or even the existence of the natural world!

The end of the physical world

Eternity is a widely held belief in Christianity. A “New Earth” will replace the old one. The physical world will be completely altered. This would not conflict with Simulation Theory. God could work with a simulation like He does with his creation: the natural world. He could transplant humans to the new world or another base reality. Our souls would still interact with it. Why not? It doesn’t seem to matter which way we end up: base reality or simulation.

It all comes down to what the Creator wanted to construct it. Whatever it is, it will be a new world. It is “in His hands.” We begin and end with God, the spiritual world, and the natural world – all in interaction.

The classical element theory has been updated by atomic theory and now Simulation Theory. Perhaps they incorporate one another. We are waiting scientific confirmation of the last one as it is the most recent and innovative. Nonetheless, we can appreciate how all these theories shed light on the problem of the physical world, its nature and creation.

You don’t have to reject the idea of a simulation if you are religious. They work in tandem. This simulation may be within a larger meta-world, which certainly requires considerable faith to accept. Any way you construe the physical world, you have a relationship with the Creator. In short, God is responsible for the natural and spiritual worlds whatever form they take.

Humans need to believe in a higher being, people like Elon Musk, the great entrepreneur and industrialist.