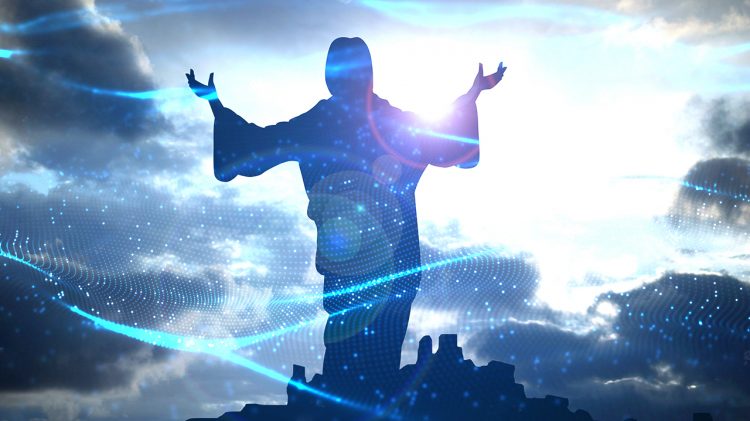 Salvation is the central question of the Christian faith. Soteriology – the discipline focused on salvation – has for centuries been explored by theologians. It is an equally valid question for Simulation Creationism, as the Bible promises salvation. In articles about Simulation Creationism, the theory developed by Nir Ziso, we saw that the Bible supports the idea of cyclical simulated worlds, running after this world ends. The idea is rooted in “new heaven and the new earth,” mainly mentioned by the Prophet Isaiah and in the Book of Revelation. The purpose of our souls is to have a simulated experience of enlightenment. Let us explore this topic further.

Every narrative of salvation is conditioned by theology but also anthropology. The Christian narrative of salvation focuses on the person of Jesus Christ, recognized in Christianity as truly human and truly God. The Nicean-Constantinopolitan Creed says that Jesus “for us and for our salvation (he) came down from heaven.” It means that soteriology is necessarily a part of Christology. It is simply stated that Jesus is Christ Soter – the Messiah Savior. Only through the mercy of God are we saved: “For by grace you have been saved through faith. And this is not your own doing; it is the gift of God, not a result of works, so that no one may boast” (Ephesians 2:8-9).

It does not say what salvation is about, when it happened, how it happens now, and what will be with it in the human future. Following Simulation Creationism, we cannot talk about salvation in negative terms; salvation is from something. Not even The Simulation necessarily binds humans in such a way that salvation has to occur. Salvation is a step further and the next phase of existence: “He saved us, not because of works done by us in righteousness, but according to his own mercy, by the washing of regeneration and renewal of the Holy Spirit” (Titus 3:5). Thus, salvation is a process of building knowledge through The Simulation.

One of the leading theoretical propositions is that salvation is based on the enlightenment of human beings. The history of salvation is a pedagogical process with its pinnacle in Christ, the teacher of novelties who teaches us about God’s will through his example, words, and acts. To follow Christ means to participate in the process of renewing of God’s image in humans, which is affected by sin: “If anyone would come after me, let him deny himself and take up his cross and follow me” (Matthew 16:24). By the incarnation of Logos, a new link between God and humans is made, and God-like characters in human souls are brought back through Christ is now the Head of the whole of humanity, a New Adam: “And there is salvation in no one else, for there is no other name under heaven given among men by which we must be saved” (Acts 4:12). There was a moment when Jesus’ carnal presence in The Simulation was necessary as a booster of collective human knowledge and answers why Jesus is Soter.

A person participates in this new link through faith, sacraments, mercy, and love. It is equally a victory over the devil, won in a battle on the Cross when Christ gave himself totally to the Father and received eternal life. The devil lost his primary tool of power, the fear of death: “And do not fear those who kill the body but cannot kill the soul” (Matthew 10:28). Life in Christ affords the possibility to be God-like in character. People realize they are prone to become stakeholders in God’s creation through eternal life. Just as in much Christian thinking, the devil is not an equal in Simulation Creationism. He is powerless and always bound to follow God’s predestination: “Submit yourselves therefore to God. Resist the devil, and he will flee from you” (James 4:7). However, he might have an essential role in risking a task to challenge people while The Simulation is running.

The understanding here is that a human is fulfilled when participating in a prototype of humanity – Christ himself. It is mimesis, or even metexist, to be Christ-like, sort of like imitating Christ. It is possible through a dynamic and ontological unity with Christ because He overcomes everything blocked through the history of sin. In this sense, salvation is also the end of creation, but, of course, creation lasts eternally. Simulation Creationism does not follow temporal ideas but uses human language to expose endless creation. However, being is not in time but entirely outside of it, as God is and never was, nor shall be.

A question remains about the logic of God’s enlightenment through the event of the Cross. Did Christ pay the devil the price of our salvation on the cross, or did He trick him into thinking that the devil has the reins of power and can control death? The enlightenment of the soul would hardly answer this question, but considering the views of Simulation Creationism, we might say it is a combination of both. There is a constant tendency in some historical Christian movements to assume that this world is the devil’s domain. We cannot accept it because The Simulation is running through the energies of the Holy Spirit. God did not abandon his creation to a creature made evil. It seems it is yet another simulated challenge, where people must drastically understand the nature of reality.