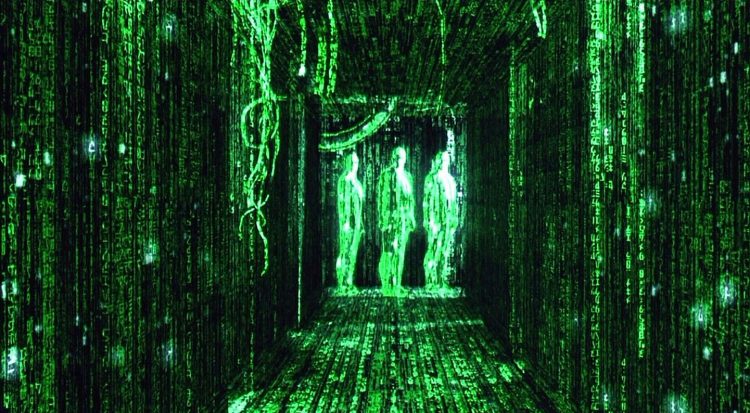 We might answer the question of the likelihood of living in a simulation using The Thirteenth Floor, a sci-fi futuristic movie set in Los Angeles in the 1990s. It pertains to the viability of simulation theory and the nature of reality. Here is the plot: Hannon Fuller and Douglas Hall, the film’s protagonists, have created a simulated world of the city from back in 1937. No single character knows they are in such a world, or so it seems. Fuller controls another person while visiting this world at night. It is a world within another world.

A World Within A World

When Fuller dies, Hall finds a note left with someone in the virtual world. There are specific instructions for him to drive somewhere. Dutifully, Hall goes to get it and ultimately discovers that this person now knows about the simulation. What’s more, the area outside his target location – both the city and its outskirts – breaks down into a green wireframe model. It is like exposing things behind the scenes like the Wizard of Oz. Now everything changes and goes awry, mixing the two “realities”. In the end, both are simulated, and thousands of other realities (simulations) exist. Hall has to take over someone’s body to escape to the real 2024 Los Angeles. He peacefully looks out at the sea. It is over when the screen goes blank.

What is the film really about if you decode its meaning? Hall seems to be awakening from many simulations that compound his confusion. Is he or isn’t he living in one? That is the question, one Hamlet might have faced if alive today and a character in the movie.

The movie is a kind of omen and a message that reality is not what it appears to be. Is everything a simulation after all? How do we know? What happens when the computer switch is turned off? Do we wake up and find out or are we simply all finally obliterated?

What could Hall Predict?

Hall has to face a big issue at hand, and a perplexing one. He is our alter ego, facing what we now face: the possibility of endless simulations like one world within another, like stacked Russian dolls. What is the physical world by nature compared to a simulated one? Hall is perplexed and finds no simple explanation. Do we assume that the real world engenders simulated ones just because it can? Does it matter if you find yourself at a crossroads, and a computer model stares you in the face at some point in time? It is just a bigger simulation taking place, right? How much is just imagination and fancy brainwork?

Are the Probabilities for or Against Hall?

Can you tell from the inside what is outside? Hall just had to go on possible probabilities like most logical people. He ponders the odds of thousands of simulated worlds extending from one physical one. He gives the odds of the latter one in one thousand. The logic turns inside out and goes on and on. What should Hall have concluded once he and Fuller had first created the 1937 world together? Of course, simulated worlds do exist! If you can create one, you can be living in one. It is a perpetual puzzle that circles back on itself.

Nick Bostrom comes to mind as a proponent of alternative universes. The oft-cited Oxford professor took it upon himself to contemplate the history of the universe and possible simulated worlds. They exist or they do not. If they do, one is the physical world. So how many simulations are possible? If one, why not more? Why should there be only one in any case? His mind wanders in a maze of enticing possibilities.

Try as we might, we don’t know which answer is true: simulated world or real one? Does only one physical world exist? How many simulated worlds can there ultimately be? Can we come to a conclusion at all? so many tough questions whose underlying hypotheses cannot be tested.

Is There a Million to one Chance?

Technology is the culprit to be sure. It is everywhere like smartphones that are owned by virtually everyone on the planet. Why not assume that it has the ability to simulate a world? The argument goes back and forth, for and against. In any case, the question rises as to alien beings versus sentient humans. It is certainly fun to speculate on this and the real nature of our world. Sadly, we cannot test the hypothesis of a simulated world. We rely on odds only, as if they have the answer. How good are odds of a million to one! Not great!

Viewing the film raises some questions about Hall and when in fact he comes to know that his presumed world is just a simulation.

Where is he when it occurs? It happens after Fuller dies and leaves a note in one simulated world to go beyond the city and its outskirts. You know he finds the green wireframe model there. This is the “aha” moment of realization.

Another question surrounds Hall and his conclusion that he is, in fact, living in a simulated world. Why does he think that just imagining a simulated world implies a real one? Of course, his discovery is that there may be thousands of such simulations and most are except for physical reality. Must he assume he is in a simulation given their number?

What about us? We are left with questions of our own. We turn to Nick Bostrom for answers as he has contemplated the same issues. That we might be living in a simulation makes it entirely possible that we can construct one. At least it increases the odds. If we have simulations, the odds drop against our living in the one real world.