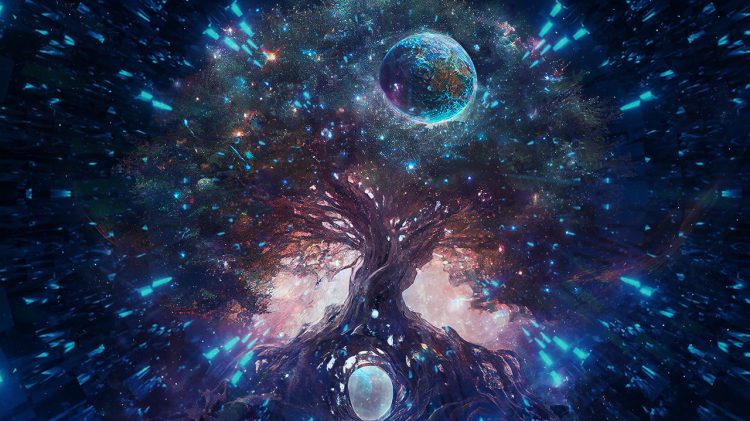 The theory of Simulation Creationism, as proposed by Nir Ziso, the founder of The Global Architect Institute, suggests that the Biblical God created everything we see and experience in our world as part of The Simulation. It does not mean that a bunch of super-intelligent teenagers are running such Simulation from a garage in some otherworldly place, but it does bear the question of what is indeed real. If our world is simulated, is it any less real? Is it a fake world, in the sense of completely fabricated? Let us see how these questions can be answered from both the position of science and the Bible.

Theology states that God created the universe for a teleological purpose (In the beginning, God created the heavens and the earth, Genesis 1:1). Materialistic science took that idea and transformed it into various godless versions of the Big Bang. However, throughout history, the concept of a simulation has occurred here and there. It is present in all human cultures. Many early Chinese and Indian traditions suggested that we are living a dream, and even a Chinese emperor dreamed he was a butterfly dreaming of being an emperor. Such examples point to the mind’s capabilities to expand beyond what we physically envision through the art of metaphor. We cannot explain The Simulation without a metaphorical narrative. Also, we cannot say directly what reality is; but we can certainly say what it is not and start to frame reality outside it.

If everything is The Simulation, then everything is software, including the atoms that form our bodies. There might be back doors, though. If we are trapped inside The Simulation, its owner will be proud that we can break through it. The Creator would be very technologically advanced, capable of creating computers that could run detailed simulations like their historical predecessors. Not unlike The Matrix (the movie), with a single and important exception that even our brains would be simulated, including experiences at the appropriate level of our complex individual nerve systems.

So, who is this Creator? If he is our sibling, he would indeed make us according to his own image: “Let us make mankind in our image, in our likeness” (Genesis 1:26). In this case it is indeed so, and there are several options for his actual existence. First, he is a part of a highly advanced civilization that has become extinct. It would mean that God might be dead, which is why we cannot reach him, yet The Simulation continues to be run as usual by some unknown technological development. Or it can might be at the hands of some silicon-based intelligence. Physical laws are computational processes, and our universe resembles a computer. All the matter we see around us is basically information, and information turns out to be the most fundamental thing in the universe. It would change as it is manipulated through some computational substrate.

Another option, there is a strong convergence among technologically mature civilizations in losing interest in creating ancestor simulations. It would point to an absent God who is simply not interested in his creation. In this case, The Simulation could probably not be determined, and such a creator(s) would make The Simulation just for fun to see how we, as simulated characters, would behave in a sort of AI game.

The third option is Simulation Creationism. If we reject the first two possibilities, we have to conclude that there will be many more simulated worlds like this one, even if it means that only a fraction of the computational capabilities of a “Supercomputer” is dedicated to our “existence.” Based on Simulation Theory, we are not an attempt to refute or prove theism. Still, the theory would imply a weaker form of creation hypothesis, as the leading idea is that The Simulation is made by people who wanted to recreate their ancestors. It is possible.

However, Simulation Creationism supports a much more robust notion of a single creator who communicates and interacts with the creation because “all things were made through him, and without him was not anything made that was made” (John 1:3).

Additionally, such a creator should not be “advanced” in a manner that raises questions. Namely, an advanced civilization would be one of very few that survives all natural or social catastrophes. As the logic goes, the most advanced civilizations in our universe are dead. God is above such characteristics: “For nothing will be impossible with God” (Luke 1:37).

If either Simulation Creationism or Simulation Theory is accurate, we still live in our reality. It is nothing less than the reality of created stuff either from God or some super-intelligent species. The brain might be simulated, but then it becomes the question of consciousness. Is that simulated too? If we trust the Biblical scripts, it is not. It is part of a soul that inherently exists and cannot be destroyed. That doesn’t sound like a simulation! Indeed, consciousness is a fundamental part of our existence because God keeps it: “You keep him in perfect peace whose mind stays on you, because he trusts in you” (Isaiah 26:3). If The Simulation is made by our advanced descendants or some other species in the universe, then they could not save the soul. A Leap of faith is still necessary, but with faith, only Simulation Creationism can sustain the world as The Simulation.

Why did God Make us Unaware of Being in the Simulation?