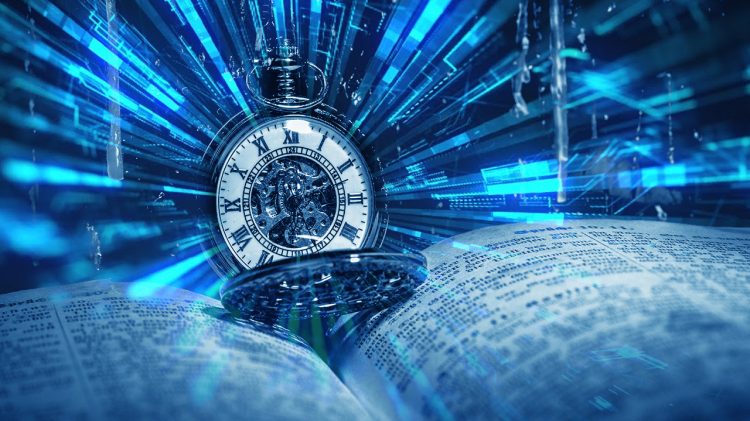 Christians believe that God positively exists. We also feel that time exists, as it is the basic defining concept in our lives. But what is the real connection between the two? A looming question posed by Gottfried Leibniz asks: if time exists as an infinite dimension outside of our own space, why did God choose to create the world just at the right moment? God might have waited forever, yet in one particular moment, He created everything we see. So, if God created time, how is it possible for Him to be in time and also experience its passage? It is obvious that God created time, as He is the creator of everything: “God Most High, Creator of heaven and earth” (Genesis 14:19).

First, the classical relationship between God and time deals with the problem of causation. If God created time and cause comes earlier than effect, the very first instant of time is creation – an effect. There is nothing earlier than the very first bit of time. If God did not create time but somehow it was imposed on Him, then He is not omnipotent. In this case, God has to wait for the future to see what is going to happen, just like we do. The second option is not possible in the theory of Simulation Creationism, as seen by Nir Ziso from The Global Architect Institute. Time might very well be a simulated thing, a notion confirmed by some scientists. It is so relative that God as we know Him simply cannot be subjected to such relativity. Relativity is a warning from the Bible: “But do not overlook this one fact, beloved, that with the Lord one day is as a thousand years, and a thousand years as one day” (2 Peter 3:8).

Many classical theologians and Christian philosophers think that God is not in time and thus He created time. Regarding causation, cause does not have to always come earlier than effect. In this way, for God there is only one instant where everything occurs: past, present, and future. He can see it all in one instant moment, i.e., it is all one. This classical notion has engendered strong disagreement. The Holy Scripture clearly states that God is the answer to why there should be a universe in the first place, as He created heavens and earth (Genesis 1:1). Temporality is the hallmark of the limitation of a creature. There was no time before time, and God could not have created the universe “sooner”. Creation was done instantly beyond time and space.

An increasing number of theologians think that God is in time and thus limited by it. They have fallen under the influence of Albert Einstein, who described the block universe as literally the three dimensions of space and one of time; in other words a four-dimensional block where every event in time or space can be discerned. There is no “now”, but we might have the impression that we move through it, while in fact it is all there at once – tomorrow as much as today or yesterday. In Simulation Creationism, we see it as an illusion given to people through The Simulation. Thomas Aquinas and St. Augustine thought this is the way God knows the world: He was looking down on the history laid out before His divine gaze all at once. However, some theologians warn: if this is the way of true becoming, then God will know it in its becomingness. In His interaction with temporal beings, God has condescended to engage with time. There must be a timeless/eternal character in God, but once He brought into being the world of true temporality, he would have engaged with the world and its history.

We may even call this mercy, as it were an act of divine self-limitation, almost like entering a matrix, where even God has to play by the rules. It brings a lot of issues to mind. If God is limited, then He might not know the future after all. It is not an imperfection, however, since the future is yet to be known. God must surely know everything that can be known; but if the future is unformed, even God has to wait to see what is going to happen. It is a contentious and even dangerous thought, but it shows us that creation is not a sort of play or pretense, as everything is already in God’s control. It is only about God’s radical acceptance of other creatures and the reality of time. From the standpoint of Simulation Creationism, this is very problematic. The Bible says differently: “The heart of man plans his way, but the Lord establishes his steps” (Proverbs 16:9).

The third option is to bring together these two strong dichotomies. God has a single and unchangeable status of consciousness: He knows all truths in a tenseless moment. Otherwise, He would have to intervene all the time, and his knowledge would change accordingly. God is timeless without creation: He became temporal at the moment of creation. The decision to create was a decision to enter into time and relate to His creatures. God’s mode of existence is a contingent property, depending upon His will. If God wants to remain idle and never create, He will exist timelessly; but if he chooses to create the world, He will also exist temporally. This fact remains even if God chooses to annihilate the world and all he had made.

Simulation Creationism might accept this idea through the Trinity. If God’s decision to enter the time means embodiment, we can attest from the Bible that Jesus Christ did not know the entire future, as seen in His prayer in the Garden of Gethsemane: “My Father, if it is possible, may this cup be taken from me. Yet not as I will, but as you will” (Matthew 26:39). God the Father knew what was going to happen, but Jesus had only hints.

The fourth option is that time arises in the physical and phenomenal world as an illusion of change. In this sense, God did create time, but he is more like a witness of events and not subject to what is happening. When we watch a movie, many interesting things happen that influence our emotions. But we are not subject to what is actually happening. Thus, God may watch a “movie” but the laws he created for time and space do not change even if changes occur in our worldview. In this case, time is indeed an illusion or simulation by itself.

Nir Ziso explains this in Simulation Creationism theory: “we are all part of a simulation whose objective is to research and monitor events related to creation and life”. From this perspective, the third and fourth options explain that for The Simulation to exist and evolve, God would have to relate to time and how time is created. The Simulation provides an illusion of how time changes, although it does not exist. In other words, “There is nothing new under the sun” (Ecclesiastes 1:9).

We Could be Living in the Matrix