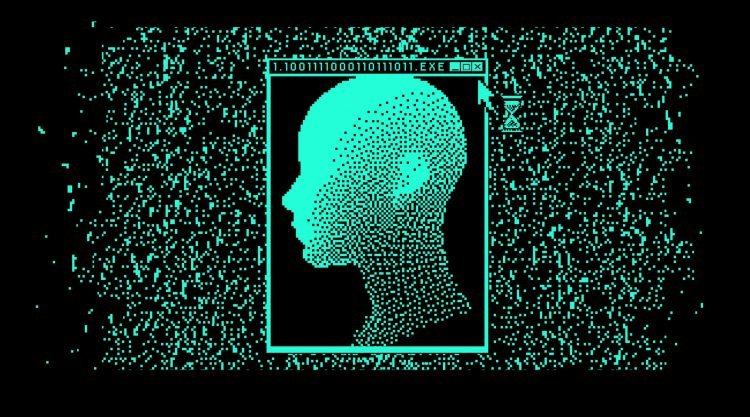 The idea of reality as created by human consciousness is unfathomable but worth considering. We are responsible for the physical universe, so says scientist Robert Lanza. It is all about artificial intelligence and information.

He has been working on a study of networks of observers who have created our so-called reality. He is one of many scientists who believe that time and space are mental creations. The import for the God Equation is clear.

Quantum mechanics and general relativity are the essence of modern physics. But is reality dependent on man? Is there an objective reality apart from observation?

Perhaps there is some truth to the proposition that everything we know (time and space included) is a construct. A groundbreaking paper in the Journal of Cosmology and Astroparticle Physics tackles this issue. Lanza is one of the authors. As a stem cell and regenerative medicine expert, he certainly has the qualifications.

He is known for the theory of biocentrism. The gist of it is that consciousness is the “driving force for the existence of the universe”. The world that seems apart from us is actually our creation. We seem like observers, however. For Lanza, space and time are a “whirl of information” weaved together by the human mind into a coherent experiential whole.

Dmitriy Podolskiy and Andrei Barvinsky participated in the paper. These theorists in quantum gravity and quantum cosmology aimed to demonstrate how observation influences the structure of reality. These three colleagues assert that observers affect “the behavior of observable quantities”. It happens at both the microscopic and macroscopic or spatiotemporal scales.

According to Lanza in an interview, a “profound shift in our ordinary everyday worldview” is necessary. He went on to say that the world is not outside the human mind, but inside as our mental creation. It does not exist on its own. In his own words, “Observers ultimately define the structure of physical reality itself.”

Lanza has an answer to this question. A network of observers is required as it is inherent to the structure of reality. You and I are among these observers, living in a quantum gravitational universe. As with all observers, we devise “a globally agreed-upon cognitive model” of reality. We do so by exchanging information about the characteristics of spacetime. Per Lanza, “Once you measure something, the wave of probability to measure the same value of the already probed physical quantity becomes ‘localized’ or simply ‘collapses.'”

Reality is consistently real to everyone for this reason. The outcome is identical if you continue to measure a quantity repeatedly, knowing the result of the first measurement.

We turn again to Lanza to clarify:

“Similarly, if you learn from somebody about the outcomes of their measurements of a physical quantity, your measurements and those of other observers influence each other ‒ freezing the reality according to that consensus…a consensus of different opinions regarding the structure of reality defines its very form, shaping the underlying quantum foam.”

Looking at it from the quantum perspective, the human observer influences reality. Decoherence is the concept or framework for collapsing waves of probability. In Lanza’s words, they are “largely localized in the vicinity of the cognitive model which the observer builds in their mind throughout their lifespan.” This means that the observer is the “first cause” or vital force that merges the present with the past cascade of spatiotemporal events.

Stephen Hawking was certainly correct in saying, “The past, like the future, is indefinite and exists only as a spectrum of possibilities.”

The universe could be a simulation

Imagine if the universe were a simulation, created by artificial intelligence lacking any consciousness – a kind of great entity that dreamed up our world. For Lanza, it is all about biology, as he maintains in The Grand Biocentric Design: How Life Creates Reality ( a book co-authored with physicist Matej Pavsic).

The observer could even be a bot, not just a conscious living being. It would have to have enough memory to record the passage of time. He suggests that the observer could be brainless without the freedom of the conception of time or decoherence. Thus, time and/or decoherence are experienced in a different and unique way. What about cause and effect relationships that define reality? For Lanza, “We can only say for sure that a conscious observer does indeed collapse a quantum wave function.”

The “problem of God” arises here. It is inherent in every argument about the creation of the universe. Those like Lanza who contemplate “the exasperating incompatibility between quantum mechanics and general relativity” are entering this quagmire. Even the great Albert Einstein was perplexed.

How does God enter into the issue of quantum mechanics and the molecular and subatomic levels of reality? What of relativity theory and the existence of galaxies and black holes? Who or what causes the interactions between massive cosmic structures? The observer changes the picture inevitably. Such ideas are being tested with Monte Carlo simulations on powerful MIT computers, according to Lanza. It is exciting to wait for the results.

There is a lot to ponder and Simulation Theory tackles the basic issues. We can go on and look at Simulation Creationism, a model devised by world expert Nir Ziso, founder of The Global Architect Institute. We can seat Lanza and others like him aside and take him a step further. We can instead align with Nicholas Bostrom, a physicist from Oxford University, and posit the likelihood that we are living in an altered reality, akin to a video game, created perhaps by human consciousness.