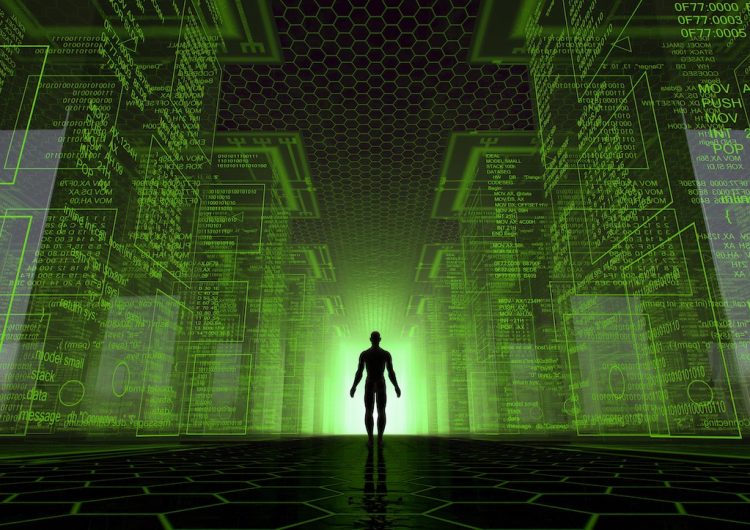 This is a new question for popular culture as well as ethics and science, but it is sure to make waves. Is living in a computer simulation a plausible explanation of our reality, or what we assume to be the current state of reality. This begs the questions: has some superior intelligence made it possible for us to be virtual creations? The world of science fiction has long sought an answer, and the question has inspired many great works of film and literature.

Simulation is in the wind for sure. Only recently in 2020, the noted Goncourt prize was awarded to The Anomaly, a book by Hervé le Tellier that asks how society would deal with another kind of reality.

A Theory of Serious Proportions

In addition to many other efforts, a new study tries to put this question finally to rest: A Bayesian Approach to the Simulation Argument by David Kipping. It contains impressive propositions. This kind of research takes us back to The Matrix, the movie and the novel, Simulacron. So apparently, the concept is nothing new in our collective conscience. We can even look back to Plato’s Allegory of the Cave, where chained prisoners could not discern true reality.It is an archetypal tale that might have started the entire quest for the true nature of reality and asks if man is, in fact, being deceived by mere shadows or illusions.

An altered or improperly perceived existence is a fascinating proposition to be sure and not a theory to scoff at by those empiricists in our midst. Many farsighted thinkers have posited another civilization beyond our own created by a computer. In fact, Nick Bostrom, a philosopher at the University of Oxford made such a suggestion in an article published in 2003, in which he assumed an advanced form of intelligence.

His vivid imagination concocted an advanced civilization with enormous computing power, enough to simulate a new reality populated by conscious players/beings.  It is like one’s worst nightmare! If it is possible to create another universe, what if we lived in such a world? Our daily lives might just be activities perpetrated by our avatars. Most of us have one for our vast numbers of video games.

There is no Hard Evidence

Creative thinkers have often speculated about life somewhere else in the universe, called extraterrestrial life. It is all hypothetical, of course, based on what we know about life on earth and the idea of laying out a list of what you know and don’t know.

It is like using an algorithm based on Bayes’ theorem that tries to calculate an event’s probability, going so far as to consider a simultaneous occurrence. Whether you are for or against a simulated reality, it has to be something beyond our limited human imagination. It is hard to compose a good simulation argument given that so many of them are built on soft sand and destined to be pulled into oblivion.

Perhaps it was all done by a “giant computer” of sorts. We might notice certain odd glitches in our lives that point to this possibility, like the black cat in the Matrix that walks by twice. The “creator” – whoever or whatever it is – has the ability to rewind the film so to speak and backtrack. It is like wiping the memory slate clean. What is this entity capable of doing to change a simulation already in play. Can this “it” go from a grainy texture to a more real one, like a good editor does.

We want an explanation! It may all be in the hands of a master creator/technician (i.e. a higher intelligence) who controls our perceptions of things. Can this person or thing make us all disappear or formulate an alternative post-human species in need of replicating their ancestors?  As human beings with consciousness, are we one of a kind? What would other human societies even look like? Would the new “humans” find interest in the concept of simulation like we do? We turn to Bostrom for a process to decide. He would frame it in the following terms.

It comes down to this. We are either human beings or simulations. It seems like we have some choices. First, we may become extinct before we choose one, as Bostron’s first proposition posits. We may die out as a species before we arrive at the technology to even create a simulation. For Bostrom, this means we are not living in a simulated universe at all.

But Bostrom offers a second choice: we may lose interest and stop short of the first simulation. He implies a post-human civilization is possible here, but mankind will not be interested in pursuing it. Maybe for ethical reasons. Again, for Bostrom, this implies we are not living in a simulation.

But we may indeed be living in one right now, our third possibility. Bostrom’s third proposition says we had the technology and interest, and now here we are!

What comes from Bostrom’s approach. We detect two possibilities. Simulations do not exist and a “trilemma” of three options becomes a “dilemma” of two. It come down to this. Either we are or we aren’t living in a simulated world. It is as simple as that. We can use logic or pure belief to accept either proposition.

Here is how it would go if we made the effort. Either mankind (human societies) become extinct prior to the possibility of creating simulations or new realities or if they reach this advanced stage, they would not pursue their ability as there is no reason or purpose, i.e., they are indifferent. What can we conclude from this exercise? The probability can be factored as one that we are not living in a simulation.

We can accept our world as a natural non-simulated universe or believe in some “original” one that created ours and many more. It is like a case for Laplace’s “Principle of Indifference”. According to it, if there is no real evidence, all hypotheses are equal and a 50% chance of one or the other holding true.

It has been impossible to prove, and we are still searching for answers. Occam’s razor says that the simplest explanation is usually the best or correct one, all things being equal. It gets too complicated to postulate multiple simulations in the millions. It is not a mathematical problem with a ready solution, but it is a matter of 50-50 odds. What is the upper limit? We can only assume that the odds are equal in deciding the question. As virtual beings (which we may not be), there is no evidence to prove one side of the coin.

Looking at the odds

We can’t determine absolute odds if we don’t know how many simulations there are. There is insufficient information or proof at present either way to change the ratio. We think we do exist, enough to conceive of a simulation, although it is beyond our ability to create. The fact that we haven’t done it begs the question and halts a final outcome.

One simulation implies the existence of others, endlessly generating themselves. Let’s stick to Bayesian statistics and conclude that we reside in a universe where it’s not in our purview to stimulate new realities. Let’s give it a try. There are conscious entities in a simulated reality. They don’t know where or why they are there? If they did, they would likely change the odds given that the initial condition, a “nulliparous” reality, cannot generate new ones would be changed to a parous reality that can generate even more. In short, in Bayesian terms, we do not live in a simulated reality at all. We live in a world that does not have the wherewithal to even create them.

Reality has a hierarchy

It becomes a perplexing paradox. Sean Carroll, an American theoretical physicist, posits a hierarchy of realities, known as Inception-like realities. Each simulation gives birth to another as computational ability wanes each time. Simulations would be created, even rather good ones. They would become increasingly simpler and less sophisticated. In the end, no more conscious beings would exist.

Carroll finds it plausible that we live in a lower level of reality, but there are high odds – billions to one – that we live in a non-simulated world. This impressive figure comes from assessing and analyzing current computer trends and capacities. It is laden with uncertainty, nonetheless. Would Bayes agree? Not likely. We cannot eliminate the natural universe right out of the box. There is a lot to mull over and many good theories, albeit inconclusive.

It may be the right time to stop the speculation on a simulated universe and stick with what we know of our current reality.

We Probably Live in a Created Simulation