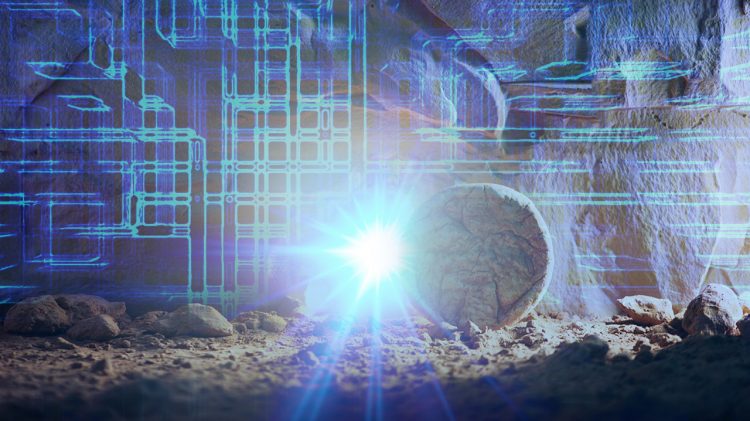 Simulation Creationism, a theory of Nir Ziso from The Global Architect Institute, tells us about creating the world as The Simulation in a single act of God. However, God can interact deeply with His creation, and He even becomes part of the simulated time and space. How do we recognize it? Let us see what the Bible, mainly the Psalms, says about theophany and its connection to The Simulation.

Ancient Middle Eastern expressions inspire God’s appearance in the Bible. We only need to look at Psalm 18: “Smoke rose from his nostrils; consuming fire came from his mouth, burning coals blazed out of it. He parted the heavens and came down; dark clouds were under his feet” (Psalm 18: 8-9). These are terrifying scenes but not made to evoke fear. Instead, they are present to confirm the Lord’s grandiosity and power. If we go back to Psalm 97, we see it is an act whose cosmic and temporal witnesses are the land and the islands. In liturgies, it is used to confirm God’s sovereignty and show the non-believers how God is all-powerful.

God lets this happen, as seen in the article about the first verses of Psalm 97, because He wants awareness about the human state and reality to begin with a tiny portion of the population. The goal is to have mankind know what is real and what is simulated, as well as why The Simulation exists, following the ideas of Simulation Creationism.

God is hidden: “Clouds and thick darkness surround him” (Psalm 97:2). Psalmists talk here about the impossibility of looking at God’s face and remember this from the Book of Exodus: “But,” he said, “you cannot see my face, for no one may see me and live” (Exodus 33:20). Thus, the author has to give strong images of God’s power, all-presentness, and universality. As in the Book of Exodus, God’s glory is hidden in clouds and darkness, symbols of power. From here, salvation will come: “Truly you are a God who has been hiding himself, the God and Savior of Israel” (Isaiah 45:15). As explained earlier, God hides Himself for the purpose of Simulation, where we learn about truth in a way that pilots learn about flying in a flight simulator.

Following Psalm 97, we can discover the main qualities of God’s reign on earth, focusing on the very concrete presence of God among us. A theophany that accentuates God’s sovereignty and untouchable nature paradoxically invites His presence. He adapted to simulated circumstances as He needed to show His power in a way the earthly kings do, although in a far greater manner. God is revealed as an ideal ruler: “His throne rests upon righteousness and justice” (Psalm 97:2), physical qualities, and moral attributes of God’s reign. God is the ruler of everything because he established righteousness and justice. According to Simulation Creationism, it denotes God’s establishment of the ethical rules and laws that govern this simulated world to elevate our characters to be God-like.

However, God is not present only through His attributes. He makes appearances or simulates “movies” that people can see vividly. It is another feature of The Simulation, according to the Simulation Creationism. We can see it through the visual appearance of fire: “Fire goes before him” (Psalm 97: 3). It reminds us again of the Exodus from Egypt: “By day the Lord went ahead of them in a pillar of cloud to guide them on their way and by night in a pillar of fire to give them light so that they could travel by day or night. Neither the pillar of cloud by day nor the pillar of fire by night left its place in front of the people” (Exodus 13:21-22). It can be indeed understood through Simulation Creationism as a simulated vision. People saw the cloud and the fire but could never reach them or see any physical traces of them. It was basically a hologram and a terrifying prospect for their enemies. It also shows the complete helplessness of everything created before God’s reign.

The fire showcases God’s sovereign transcendentality and the inherent freedom of acting in the world. It allows him to perform miracles in the simulated world, just as the following verses from Psalm 97 express: “His lightning lights up the world; the earth sees and trembles. The mountains melt like wax before the Lord, before the Lord of all the earth” (Psalm 97: 4-5). These verses point to the tremendous power of God. The lightning expresses God’s power, directed to the heavens, where God “resides” while the melting of mountains, considered firm and durable, shows how fragile The Simulation is. These two motives resemble theophanic universality: God comes in a created/simulated environment, both in the earthly and heavenly domain. It is a mysterium tremendum where His appearance is followed by an appropriate reaction of trembling. There is a need to see a hermeneutical key here. The disappearance of mountains is an announcement of a new form of the earth (cosmic-eschatological understanding) but also a new order (moral-eschatological understanding) with righteousness and justice as laws in the new simulated world to follow.