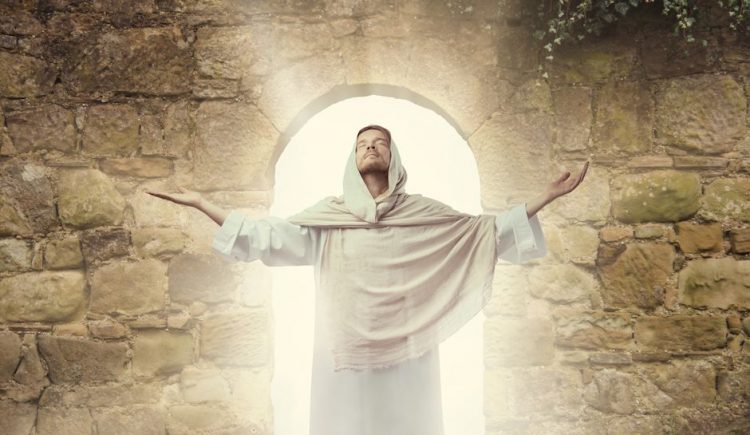 How Do We Know We Aren’t Just Our Physical Bodies?

One of the most complex issues faced by modern philosophy is the “mind-body problem.”

In a recent podcast, director Robert J. Marks of the Walter Bradley Center held an interview with Angus Menuge, a philosopher at Concordia University. In this interview, they discussed the mind-body problem: how do we know that we are not just physical bodies? As technology progresses and the likelihood of computers being programmed with minds similar to us humans becomes a reality, this question becomes more complex. Simulation Creationism is also a belief that we may simply be living in a simulation, a concept strongly supported by these ideas tied to possible explanations of reality, human consciousness, and how technology plays a part in all of this. Dr. Marks posed the question, “Is there a part of us that is not just physical? Are we just puppets wearing meat suits that are restricted by the laws of nature to the extent that scientific analysis becomes limited?”

Angus Menuge: The real question would be how these two categories can co-exist and be combined to provide further information on the topic.

Something is physical, and thereby both measurable and quantifiable, if it is a body, is located and extended in space, and is publicly observable. Regarding one’s mind or soul, though, a soul either doesn’t or simply doesn’t appear to take up space in the same way that something “physical” does. It’s not something that can be observed publicly, which is typically what we expect when it comes to science. We’re familiar with our perception of our minds and souls through introspection. You are familiar with and can observe your own mind and I can introspect mine, but you are unable to observe mine and I cannot introspect yours.

Robert J. Marks: I don’t have expertise in this field, so I’ll need your help in providing an explanation, but it seems like near-death experiences have been the only empirical evidence we have regarding the differentiation of the body and the mind. When people have been brought back from clinical deaths, they’ve expressed about their experiences of their minds becoming separate from their bodies. This would seem to be empirical evidence of the body and mind not being one in the same or that there may be some portion of the mind that is separate from the body entirely. Could NDEs be considered compelling and legitimate evidence of the differences between one’s body and mind?

Menuge: Having individuals resuscitated after clinical death is a relatively new development only occurring within the past few decades thanks to advancements in medical technology, so these experiences of near-death and what occurs when one’s mind and body become separated are relatively new. These individuals have reported being able to witness their environments after a point in which doctors declared there was no further brain function, yet they have expressed having “out of body” experiences which allowed them to view things such as the numbers on the medical machines in the room and seeing personal items which were later verified to have been present at the time. They have been able to present accurate information despite having been in an unconscious state with their eyes closed. These claims also cannot be explained as hallucinations or some phenomenon of a waking brain since the individuals successfully returned to consciousness and back to life in these cases.

If these experiences were simply hallucinations, the likelihood of such hallucinations lining up with something we distinctly know to be factual are very slim, especially when it comes to oddly specific experiences such as someone having survived an NDE with the capabilities of accurately listing the serial numbers of the medical machinery used in the room during their unconscious period that would only be able to be observed from a normal perspective by comparison to where their body would have been located and positioned. These claims appear to support the possibility that there is a consciousness that is distinct and separate from one’s typical brain functioning.

Note: The author of After (2001) and psychiatrist, Bruce Greyson, has recounted an incident involving a truck driver who experienced an “out of body” sensation while under anesthesia. This individual, despite having his eyes taped shut during the procedure, described the sensation of hovering over his own unconscious body and was able to elaborate upon seeing the surgeon oddly wave his elbows around at one point. It was confirmed later on by that exact surgeon that he did indeed occasionally do these “odd elbow rotations” to avoid contamination of his surgical gloves, which was an unusual habit that only his colleagues would be aware of. There is documentation of other individuals seeing unique and interesting colors during these experiences, yet there happens to be an explanation for why this may be the case.

Menuge: Regarding the history of the concept of one’s soul, souls were initially considered what formed one’s body and gave it life, and eventually this applied to the idea of consciousness for human beings, which grew to become capable of rational thought that many believe is an aspect of one’s soul.

The mind-body problem becomes more complex and problematic once Descartes enters the conversation since he did analyses regarding the “essence” of various types of materials and entities, and he did so very carefully. When looking at the human mind, he observes that what is most distinguishable about it is that its varying characteristics and activities are unable to be detached from it. A person can be thinking about one thing, wanting another, and feeling something else, but it’s the mind’s concept of an individual self (“I”) that is doing all of these things at once. A person is incapable of having their thoughts and experiences separated from themselves; they can experience multiple things at a time and yet all of these factors are still applying to just one subject.

Note: Rene Descartes (1596-1650) — most known for his expression, “I think, therefore I am” — was a French scientist, philosopher, and mathematician.

Most consider him to be the founder of the “mind-body problem” in what we now consider its modern form. “He was able to develop a metaphysical dualism capable of radically distinguishing between the mind— of which the primary essence is thinking— and matter, of which its essence extends in three dimensions.” (Britannica)

Menuge: A distinctive aspect of physical things is that they appear to be agglomerations of dissociable parts, similar to how a table has both a top and multiple legs with which to support itself. This idea can even be applied to atoms or molecules, which can also be separated and exist independently.

However, thoughts, feelings, and experiences don’t appear to function in this way whatsoever. Using the sensation of pain as an example, it’s highly unlikely that pain experienced by an individual would be capable of being transferred to the mind of someone else let alone exist outside of their own mind in any way. A distinguishing aspect that identifies pain is that it is specifically linked to the person who is feeling it, and this is true when it comes to things like thoughts as well. The analysis by Descartes only seems to support this idea and possibility that the mind and physical matter are distinctly different substances and types of entities.

Marks: I’ve worked a lot with artificial intelligence in regard to emergence, and I think it’s very easy to view an emergence of the human brain as what developed the mind in the first place, especially if someone is a materialist. There is so much evidence that this is inaccurate due to how great the mind is by comparison to what the body could ever be capable of becoming, so I’m certain that there will be a significant amount of varying “mind-body problem” models.