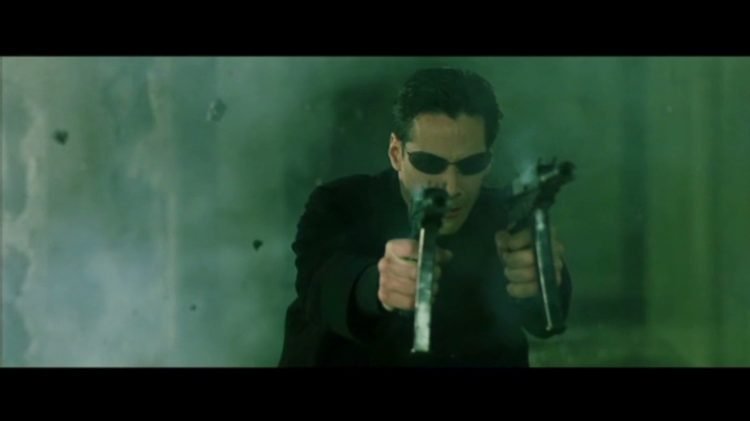 Questioning human existence and the nature of reality is an age old philosophical problem. We can credit Plato of ancient Greece for starting a stream of theories. His Allegory of the Cave raised the issue so well that it is a landmark example of the problem.

Now scientists couch in terms of “simulation theory” that posits that reality is not, in fact, real, but a replica generated by a master computer. It is an illusion just like the shadows on the cave walls that the confined prisoners had to accept as “reality”. It was all they had.

Descartes went on with his famous remark, “I think therefore I am”, as an explanation of what humans empirically perceive in his Meditations on First Philosophy. Fast forward many centuries and we come to Philip K. Dick and the movie, The Matrix. Who on earth is Mr. Dick? Well he made a speech in Met, France in 1977, well before the 1999 film starring Keanu Reeves as Neo, a “man” caught in a simulation. Dick seemed to foretell a huge event to come.

The whole thing boils down to a fantasy of escape and enslavement, liberation and manipulation, some pretty fancy concepts for a movie. It begged the question of human experience and the difference between conscious and unconscious states of mind. Viewers were as lost in the fictional simulation as Neo.

Recently, filmmaker Rodney Ascher has taken simulation theory to new heights in a documentary, called A Glitch in the Matrix. He is the author of a noted film, Room 237, about The Shining from Stanley Kubrick. He also created The Nightmare about sleep paralysis. Now he enters new terrain with evidence of multiple views about simulation and its consequences.

It is a compelling look at the issue using many interviewed volunteers, although their faces are not visible. Using a simulation of their visages is a clever device to talk about humans as digital avatars in an incomprehensible video game.

It recalls Dick’s speech, “If You Find This World Bad, You Should See Some of the Others. In fact, it is the backbone of the documentary. We now know that the American author has authored many interesting books, A Scanner Darkly, The Man in the High Castle, Minority Report, Do Androids Dream of Electric Sheep? (the basis for Blade Runner), and We Can Remember It For You Wholesale (the basis for Total Recall).

Why the insight in 1977 of an alternative reality? Apparently he had taken the drug, sodium pentothal a few year’s early in his dentist’s office for impacted wisdom teeth. Subsequently he had an acute flash of a recovered memory. It was about another world and another life beyond the one he was living.

This unusual experience has been recounted in The Exegesis of Philip K. Dick, published after his death. He called it “2-3-74”. It can be taken as pure fiction but it is also a kind of philosophical treatise on the volatile nature of reality within the human mind. In his early fiction, we already saw glimpses of his “revelation” about an alternative world, making him a prophetic figure in the simulation game.

You might call him the modern godfather of simulation theory. Now A Glitch in the Matrix is his offspring in a sense, even though it is the brainchild of Rodney Ascher. Consider him a descendant. So many creative minds are indebted to Dick. The documentary is a display piece or paean to him and to the original The Matrix.

Many people speak about the subject of simulation in A Glitch in the Matrix through Skype interviews with the director. You get a lot of interesting and odd segments with the interviewees in disguise. The amazing digital aviators included a red-faced armored lion, a Mechagodzilla-ish dragon in a tuxedo. You open your eyes wide at a vaping alien in a puffy space suit, not to mention a helmeted warrior complete with digital eyes and mouth.

This clearly recreates a simulation experience while illustrating a belief in duel realities. This belief is also part of Elon Musk’s pantheon of fantastic ideas. In fact, he has made it clear to the public that we are living in an artificial simulation run by advanced beings.

He is backed up by an old paper from 2003 from an academic at Oxford University. A philosophy professor named Nick Bostrom wrote a landmark article, “Are You Living in a Computer Simulation?” The hypothesis threw the gates of speculation wide open. Humans may be pawns in a hyper-advanced computer program that reflects either the past or the future. He calls the former “ancestor simulation”. It also could be a completely different timeline.

All the speakers in the film have personal, anecdotal stories that indicate some kind of break with or departure from reality. All kinds of issues and arguments are raised about coincidence, probability, and synchronicities. It’s heady stuff and a bit outrageous. No matter, it is fun and even essential fodder for simulation theory.

Who doesn’t love a major mystery? And this is a big one, on a par with the size of the universe, all galaxies included. It gets spiritual at times and scientific at others. It is really a combination of both. The contemplation of higher powers is as old as the first religion. Now we see it through the lens of digital technology.

One interview takes place with Paul Gude (the “lion). With some reservation, he discusses the possibility of simulation theory but concedes that it man’s way of coping with the complexity of life. In his view, it is part of the eternal effort to explain reality. Now it is done with advanced technology. It comes in the form of movie excerpts. Take The Wizard of Oz, The Truman Show, A Nightmare on Elm Street, Vertigo, The Thirteenth Floor, The Adjustment Bureau, They Live, Defending Your Life and, of course, The Matrix.

The perspective of the documentary on such thought is that movies are a great vehicle to embed new ideas. They come from everywhere: human emotions like alienation, despair, loneliness, etc. No wonder the theory has such a scale. Movies are very good at embodying human nature in that the visuals are so impactful.

One shocking interview with Joshua Cooke reveals the danger of wild ideas like simulation when taken at face value. It raises ethical issues about human actions and their consequences. The moral nature of a simulation falls apart when considering that he killed his parents to test the created world. It is a harrowing recount, accompanied by recreations. He was so obsessed with The Matrix that his abusive domestic life and apparent mental illness led him to questionable choices. “It messed me up really bad because it wasn’t anything like I had seen on The Matrix. How real life was so much more horrific. It kinda jarred me”.

No matter that he was but a teen. He found a 12-gauge shotgun and did the job. He got forty years in prison. It was known at the time as “The Matrix Case.”  The movie didn’t fare well as a defense. But the case, as awful as it was, raised issues of importance about man’s role in society and the impact of ethics as subjective or absolute. It implied that the world could end in chaos if we give up our notion of reality.

You can’t expect to live in a video game and get away with murder, literally and figuratively. Yet many think we are in such a simulation. Take Jesse Orion, “the alien astronaut” who claims to have spent years and years at the computer screen. The connection between real life and a simulation is explored in A Glitch in the Matrix in a number of impressive ways. For one, it uses computer-animated graphics from Google Earth and Minecraft as illustration. It is playful at times while it also reveals certain truths.

The score is also enticing, set to the menacing electronic noise of Jonathan Snipes. The documentary takes on the idea of déjà vu and the “Mandela Effect” as they relate to the discussion at hand.

Ascher already had a place in the contemporary array of non-fiction writers who imbue their work with scientific hypothesis and philosophical analysis. Tall tales are under the microscope. Now he is part of a chorus of creative voices all hard at work deciphering the truth about the universe. So much information about reality and the mind and body. So much shrewd imagery and critical inquiry into the unknown! However you take his film, it is an eye-opener for sure. Those who want to know who they are will be spellbound.

The quest for knowledge from Plato the present day will never end until we find out more answers.

Is the universe a simulation? A Glitch in the Matrix Asks