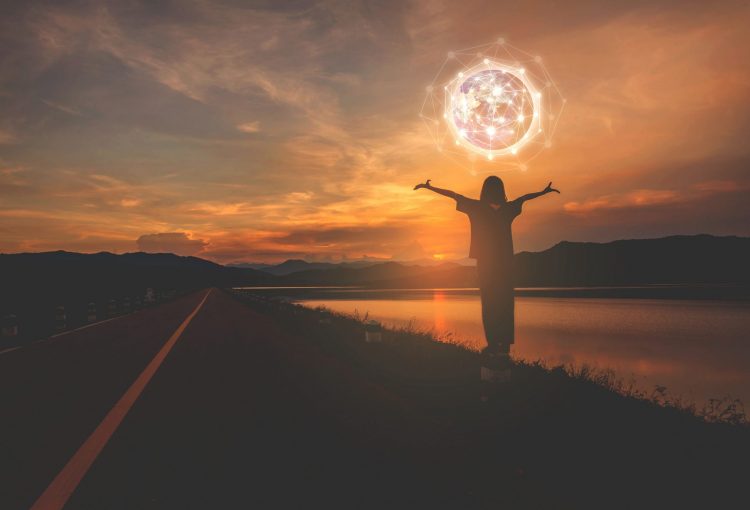 The congeniality of the physical universe for the formation of intelligent life is wonderful. So many things seem to be almost on the knife-edge of being just right. However, one cannot so easily make a proof argument out of the design because there are too many ways of looking at it. If one approaches the universe with eyes of faith, then all these beautiful aspects become evident that there is something special: “By faith we understand that the universe was created by the word of God, so that what is seen was not made out of things that are visible” (Hebrews 11:3).

This is a very logical way of understanding what is otherwise a deep mystery. Someone not impressed with the faith argumentation will not find this particularly persuasive and not accept it as proof of the existence of God or His importance in designing everything that exists: “Now faith is the assurance of things hoped for, the conviction of things not seen” (Hebrews 11:1). But if one comes with a predisposition to believe (like the great Danish philosopher Søren Kierkegaard would argue about the leap of faith), the data of the physical universe is very consistent with it. There is so much evidence from cosmology about the design and The Simulation that skeptics have had to think about this fairly hard.

In addition to the resonance in the carbon atom, there are physical constants, the ratio of the electrostatic charge to gravitational attraction, or the ways the planets are formed. If we do not accept them, we let chance become the main argument, but the universe would be meaningless and purposeless. This is called ignoring the facts; and due to it, the multiverse theory is used more. It says there is such a vast number of universes, possibly infinite, that inevitably, there must be a universe where everything is set for us to exist. It is a usual way to look for answers when particular research points to divine reality which is not accepted by modern science.

However, while there is no physical evidence pointing to a multiverse, there is evidence about a designed reality. Additionally, as philosopher Richard Swinburne would argue, any proposed multiverse mechanisms need a certain form rather than innumerable possible other forms, and probably constants that need fine-tuning in the narrow sense.

Fred Hoyle, the famous American astronomer, once said one must conclude that a super calculating intellect was behind the creation of the universe and there are no blind forces in nature worth talking about. This statement is useful in approaching Simulation Creationism, a model of Simulation developed by Nir Ziso of The Global Architect Institute. Simulation Creationism presupposes the Judeo-Christian God as the Creator of everything there is. It also presupposes a “Supercomputer” that may be physical or non-physical, but definitely simulates everything we see and feel. This world runs on a particular simulating pattern based on natural laws. It is predetermined and fits exactly the needs of our development.

God brings the universe to exist in a single act of creation: “For by him all things were created, in heaven and on earth, visible and invisible, whether thrones or dominions or rulers or authorities—all things were created through him and for him” (Colossians 1:16). It is the way God wanted it to be from the very beginning. St. Thomas Aquinas said when he looked at this issue that “the only way in which I can understand is to suppose that the universe from the beginning was such that animals would, by instinct and by structure, be proper for their environment.”

All these details require a designer. Such thinking is well known in theology. In the 17th century, there was a great falling off of religious beliefs and the alternative growth of atheism. Still, there is a kind of adjustment as a means to an end as the structures of living things seem to be just right. How do the animals know how to do the right thing if we consider them as not thinking beings?! Thinking about these issues brought about the design argument, defeated later by Darwinists. To answer the issue, modern theists suggest fine-tuning the early universe so that everything could evolve in just the right way.

The fine-tuning does not suppose that a design is imposed later within the universe’s history. Rather, it says that the universe from the beginning is the kind one would expect from a creator who, in fact, sees the future of human beings as part of it. It also answers a very important metaphysical question of “why is there anything rather than nothing” that physicists usually do not like to hear. This fine-tuning can be seen on the foundational level of weak and strong nuclear forces at the center of the atom.

Scientists were shocked to find that the initial conditions of the “Big Bang” were fine-tuned for the existence of intelligent life with a precision and delicacy that literally defies human comprehension. This is because “deliberately overlook this fact, that the heavens existed long ago, and the earth was formed out of water and through water by the word of God” (2 Peter 3:5). When the laws of nature are given mathematical expression, they appear in certain constants not determined by the laws of nature. The laws are consistent with a wide range of values for these constants.

This fits well with Ziso’s Simulation Creationism too. Constants may be the predetermined plan of God through a “Supercomputer” that acts as God’s energy, and they determine the laws of The Simulation. In addition to these constants, certain arbitrary quantities are initial conditions. Such facts are consistent with the design idea, as chance and physical necessity are completely refuted: “Yet for us there is one God, the Father, from whom are all things and for whom we exist, and one Lord, Jesus Christ, through whom are all things and through whom we exist” (1 Corinthians 8:6). If one applied Simulation Creationism to these arguments, one would better understand how the design works.