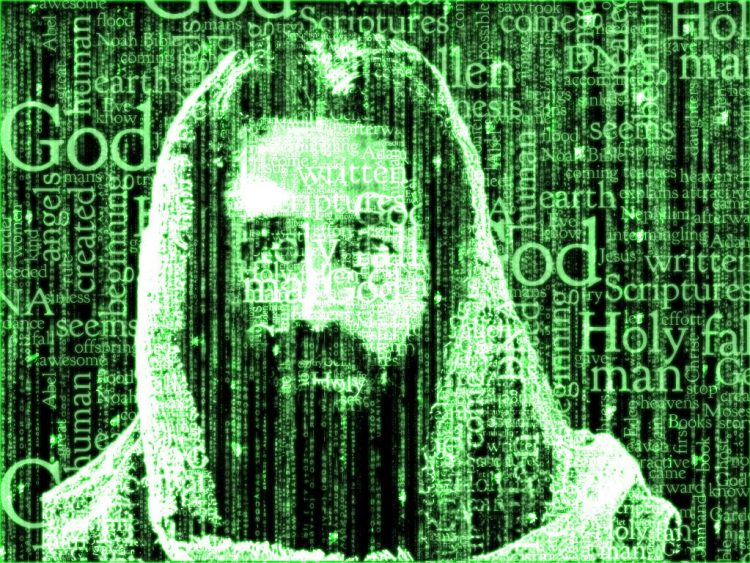 God, The Bible and Simulation Theory

Everything we know about God and His continual interventions in the world is based on the Bible. However, there are different interpretations and exegeses on how to read the Bible. Some Biblical scholars are keen to explain everything as a metaphor, while others warn that the Bible should be read as is with the historical underlay of the people who wrote it. If they were divinely inspired, as the Holy tradition of Christianity argues, why would we consider everything as a metaphor?

Biblical scholars are very focused on the usage of words in Scriptures. Let us look at some of these words and try to comprehend what stands behind them. It seems that the rod or staff are intimately connected to rock. In the Old Testament, Moses uses the rod to make miracles. The rod comes almost out of nowhere, and it just happens to be in Moses’ hands. It is important to acknowledge that Moses had an intimate relationship with God, who talked to him from a bush that seemed to burn but without fire: “There the angel of the Lord appeared to him in flames of fire from within a bush. Moses saw that though the bush was on fire it did not burn up” (Exodus 3: 2).

This description may be understood as a portal or screen through which God communicates. The rod, furthermore, has extraordinary powers – beyond comprehension even in today’s terms. It causes plagues in Egypt (Exodus 7: 9-11), parts the Red Sea (Exodus 14: 20-22), and makes water pour out of a rock (Exodus 17:3-6/Numbers 20:7-11). There is something particular about this rod because if Moses was capable of doing such things or channeling the divine power bestowed upon him, the rod would not be necessary. We may then ask if the rod was indeed from this world or is it a tool from outside of this world?

On the other hand, rock has many features that are completely incomprehensible. It pours the water out when touched by Moses’ rod: “Then Moses raised his arm and struck the rock twice with his staff. Water gushed out, and the community and their livestock drank” (Numbers 20:11). When the angel’s staff is used, the rock produces fire to cook food (Judges 6:20-22), the rock pours out rivers of oil (Job 29:6). How may we perceive such a rock from the ancient perspective? It would have looked something like a rock, but it is not. It seems that this thing has the capacity to store liquid and fire or may just produce it as a simulated thing. Furthermore, rocks have an interior. One can enter a rock, whereby the ancient Hebrew word for rock is not the same as for cave: “Go into the rocks, hide in the ground” (Isaiah 2:10). Is the rock, therefore, a connection between two worlds, a kind of portal that opens to other realms or a conductor leading out of a simulation?

The New Testament is very intriguing about rock. Not only does Joseph of Arimathea build the rock in one day [“ Joseph took the body, wrapped it in a clean linen cloth, 60 and placed it in his own new tomb that he had cut out of the rock” (Matthew 27:59-60)], but he builds it for a particular purpose. It is obvious that the tomb within a rock/cave cannot be carved out in a single day, so it must have already been created in the interior. Jesus is laid there, but he resurrects and disappears only to reappear later. How is it done, the Bible does not say. However, the ancient people understood that Jesus’ body was put there to rest, and it had guards with a huge stone at the entrance. Something must have happened in the rock. And this mysterious place also had the ability to hide or teleport Jesus in the flesh from inside back to our world.

For an omnipotent God, everything is possible. But Jesus conveys that through prayer and belief, everything is possible for us too. The question of reality and the fundamental ontology of things comes into question here. If something is fundamental, meaning it cannot be anything else but that particular thing, then logic suggests that the reality of things does not allow them to be anything else. If a mountain is a well-known physical grouping of soil, wood, and rocks, then it is very improbable that it could move. But if it moves, as Jesus suggests, then it is either not a mountain (rather a simulation) or our perceptions of the real world are completely false. Asking us to and pray [“Whatever you ask for in prayer, believe that you have received it, and it will be yours” (Mark 11:24)’ does not prove things. We may be asked to believe in a magic trick, and we cannot explain it, but it is still an illusion or simulation. A belief is beyond possibility to comprehend, and beyond reason.

Lastly, the Bible tells us a lot about dreams. It seems that people are in the constant process of dreaming, while birth is considered to be an entrance into the matrix where we dream (Exodus 29:7; Job 20:8; Psalms 73:20). We should not connect these thoughts immediately with the movie, The Matrix, as dreaming may also be considered how the ancient Semites understood ontological existence. However, dreaming seems very easy: it is a state of being that can exist at one moment and be lost in another.

The wicked ones will be gone as a dream (Isaiah 29:7), while the angels who left their habitation are filthy dreamers (Jude 1:6-8). If we consider it really a dream in comparison to the real world (whatever it may be), then we live (or dream) in a simulation. Dreams are altered states of consciousness, felt inner awareness. If we look at the structures of dreams, we see they are different from the thoughts and images we have during waking stages; but while we dream, we remember believing they are absolutely true, even if they are the most bizarre things and intensely visual. Dreams are often about things that happened to us in the last few days, but it doesn’t play out as in our actual experience. Recalling dreams is how God speaks to us in the Bible, and we may also consider parts of the human brain as a connecting point within the simulation.