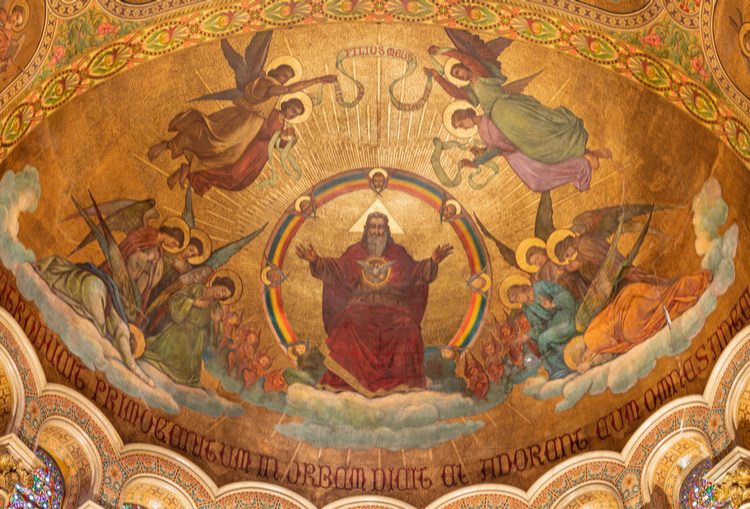 God, Free Will and Simulation Creationism

It is a strong Christian doctrine that God knows the future and that human beings have free will. Both doctrines are important, albeit contradictory. Let us consider this topic from the viewpoint of Simulation Creationism as envisioned by Nir Ziso. Namely, if God is infallible and if God knows the future perfectly, then God knows all of our futures perfectly and what we will do every moment from our birth to our death. If that is so, where is our free will?

The Christian philosopher Alvin Plantinga proposes possible worlds, innumerable worlds that might have been in place of our world that actually is. St Thomas Aquinas had the same question of how does God knows the future and concluded that God sees the future as he sees everything else. This is a very interesting set of words. God sees the case in its history, present, and future just as a director sees the movie he is making on a recording. It is already revealed to God in its entirety just like a director can see and know the whole narrative of a movie. The viewers will then see this development only in stages, not at once. This is the way how Simulation Creationism hypothesizes that the God’s simulation works. Plantinga argues that if a person is standing, he or she is standing in the actual world but he or she may not stand in every possible world. These possibilities open the doors to free will. Maybe God is not seeing what will happen in the future as his will, but what will a person decide or what are possible things one can decide to do in the future. If we accept the idea that we live in a simulated creation, there cannot be numerous possibilities within a “Supercomputer”, where God knows all of these possibilities while a human being is free to decide which of these possibilities may become actual. Instead, there is one direction of time and events in this simulated world. God cannot have a false thought or belief, but the content of what God believes may differ radically from one or another possible world, which we can easily translate into one or another simulated world in preparation. All of them are possible but we choose the one that becomes actual. In the end, however, God already determined what will happen, so the free will turns out as an illusion given through The Simulation. Let us see how this works in an example of praying.

Many religions suggest that prayers have a direct effect: “then hear from heaven their prayer and their plea, and uphold their cause” (1 Kings 8:45). Many times, prayer is focused on the change of a chain of events that would actualize as a consequence of some action. Here, the contradictions of the two dogmas are very visible. If a change really occurs, it turns out it is not the interaction between a person and God, but God already knows this change will happen (i.e., in God’s eyes, there is no change). However, if a person is not praying, then something that will happen would not have happened. A person cannot change the future but a person can do such things that a different possible world may become an actual world: “Do not be anxious about anything, but in everything by prayer and supplication with thanksgiving let your requests be made known to God” (Philippians 4:6). Part of God’s plan is His knowledge of our prayers, as it brings us valuable lessons of reality.

There is another difficulty in deconstructing God’s Simulation. Did God know that our actual world will seize to exist in the Great Flood in which only Noah and his family survived (Genesis 6-9)? Or did he believe in another possibility that did not occur and He suddenly decided to end that simulated world in an utter catastrophe for all people save one family?

This problem may be solved by putting God outside of time so God is not in fact believing at a certain time and his actions are timeless and eternal. He can only send the prophets who will warn people of what is going to happen: “I will raise up for them a prophet like you from among their brothers. And I will put my words in his mouth, and he shall speak to them all that I command him” (Deuteronomy 18:18). Following the Biblical prophets, we see that things do happen even if people repent. On the other hand, there might be a possibility that God really doesn’t know what the free acts of people are going to be. While God is omnipotent, He created The Simulation where certain things are intrinsically impossible. There is the possibility to rain and not to rain, but to rain and not to rain at the same time in the same space is not possible. Maybe God cannot know the knowledge that is impossible to know and free will may be one of such things.

Some philosophers suggest God has middle knowledge, a knowledge which is between natural knowledge of necessary truths over which He has no control and His free knowledge of contingent truths over which He does have control. For every creature and situation he creates, God knows which way the world is going to develop in the future. That development is not constricting our freedom, as we seem to decide what we are going to actually do. God would, however, know that in advance. It is all about our preconceptions of what we shall do. If we accept Simulation Creationism, this middle knowledge would require a “Supercomputer” of unimaginable proportions. God knew every possible action of every possible creature in every possible world before God decided which possible world to make real. It means many possibilities existed for Adam but only one of them actualized: Adam took the apple from Eve, on the serpent’s offer (Genesis 3). Some open theists argue that God created Adam and Eve to have free will and it is not up to Him to decide which possibility will actualize. This sounds quite wrong. It is simply the mode of Simulation: to change it, He would need to destroy the actual world and make another one.