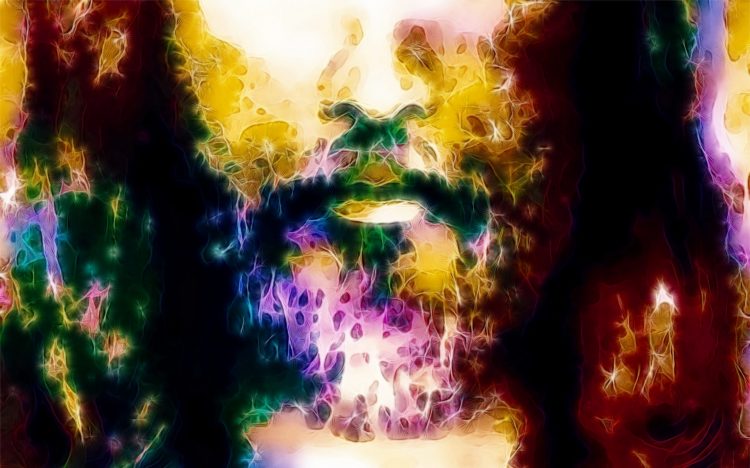 There is an invisible code of the universe. It is present everywhere, seen in geometry and forms, as well as mathematical relations. Its most famous expression is the Golden Ratio. Behind this term hides a whole area of fractal geometry that became popular only in the 1970s and 80s. However, ancient people were aware of it. It was all around them and still is, from atoms to the galaxy, from a human to a snail, from DNA to an elephant. Within fractal geometry, traits of design are more than visible. It can also be approached from the angle of Simulation Creationism, a theory developed by Nir Ziso of The Global Architect Institute. The simulation hypothesis posits a “Supercomputer” that simulates everything we consider to be a physical reality. This Simulation should contain visible traits and patterns. Many scientists have pointed to fractal geometry as a pattern, but there are various explanations of what these fractals denote. Some say it is direct proof of Simulation, as seen within the theory; others are keen to see it as a non-designed feature of nature.

Fractal denotes a small part that contains the pattern of the whole. Fractal geometry is a language or formula that works on every scale in the universe. Geometry is prevalent in the universe in the Golden Ratio and Fibonacci Sequence. These formulas show us that there is a code for linking the micro levels and macro levels everywhere. It also tells us that all is small, as famously said by Yogi Bhajan. The Fibonacci Sequence is simply a sequence of numbers that starts with zero and continues by adding: 1+0=1; 0+1=1; 1+1=2; 2+1=3; 3+2=5. The sequence is therefore: 1,1,2,3,5,8,13,21…an infinite sequence. The fascinating thing here is that Fibonacci Sequence numbers can be found everywhere in nature, in the number of seeds in a sunflower and in the rotation of spirals. It is essentially the code of nature. The distance between the numbers in the Fibonacci System is what we call the Golden Ratio or Divine Proportion. It is a 1,618:1 ratio or the number Phi. It is a model of everything created. It is repeated everywhere, including in the scales of our bodies.

The Golden Ratio is the sense of perfection in our reality, and there is always a change in decimals. The whole creation strives to reach this perfection, but it never does. This sequence or blueprint appears to be a designer’s trademark, proof of a creator and something left behind indicating the One who is there. All of our senses seem to rely on the same mathematical background, and the brain uses the same mathematics to decipher the sensory world, as involved in making a hologram – a compelling evidence of design. As we dwell deeper in reality, mathematics becomes the only way to describe what we see and feel. It is the language of a simulated creation, a machine behind everything we see in terms of the Simulation Hypothesis.

The author Matthew Cross introduces the concept of fractal cognition, with the understanding that fractals and the principle of self-similarity are at work on every scale. Our brains always look for meaningful parts, whether we are conscious of it or not, and these parts give us a navigational intelligence of the whole. If we create squares using Fibonacci numbers and place them adjacent to each other, we get the famous Fibonacci Spiral. This spiral growth pattern repeatedly occurs everywhere: in sunflowers, pinecones, ocean waves, shells, seahorses, hurricanes, and galaxies. Evolutionists can’t explain how the Fibonacci Sequence and spirals are found virtually everywhere. How can nature obey such order? They cannot accept that nature is mathematical because it stems from the mind of God.

The Bible is full of the Fibonacci Sequence. For instance, God chooses 12 tribes of the nation of Israel (Genesis 35:23-26) and 12,000 of each tribe (which makes 144,000 individuals: “Then I heard the number of those who were sealed: 144,000 from all the tribes of Israel” (Revelation 7:4), that is the 12th Fibonacci number). This number repeats when Jesus chooses 12 apostles (“These are the twelve he appointed” (Mark 3:16); and when Judas betrays Jesus, he has to be replaced by Matthias (“Then they cast lots, and the lot fell to Matthias; so he was added to the eleven apostles” (Acts 1:26), The number simply should always be 12. Even the name “Jesus Christ,” written in Greek, gives a perfect Golden Ratio. The significance of numbers in the Bible is not something new, but the fractal pieces of evidence show how continued creation (or infinite simulation, as Simulation Creationism argues) is written down in the holy scripts.

If everything is fractal, then our minds may be fractal as well. We may have evolved to be skilled decoders of the fractals that surround us in nature, as God has given us a genuine intuition and possibility to understand what is happening in The Simulation and the simulation process itself. We may even be subconsciously drawn into the patterns. As free will is basically an illusion, we are predetermined to focus on fractals as they show us the truth of Simulation Creationism.