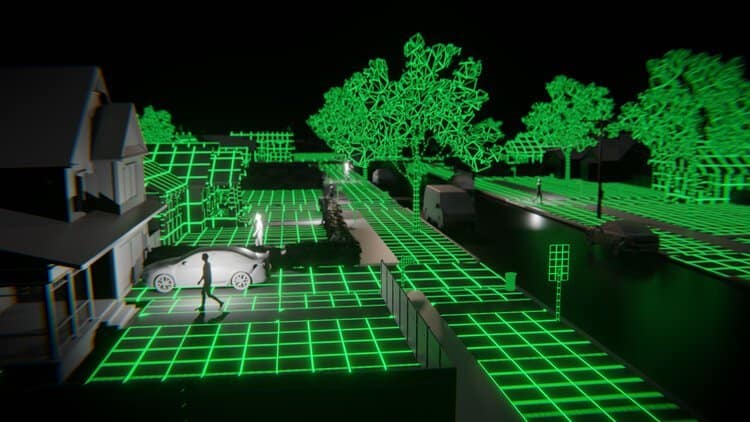 If Simulation Theory were to become more than just some intriguing “thought experiment,” what would happen?

Are we living in a form of reality that is actually just a computer simulation?

This possible explanation of our Universe is one of the most commonly searched for questions on the internet, where one can easily find a large number of articles addressing Simulation Creationism and Simulation Theory. Even Elon Musk has mentioned at public conferences that he believes the odds are leaning toward our reality being a simulation.

It can sound a bit crazy, but there are actually some valid perspectives and facts to support the idea that Simulation Theory and Simulation Creationism are accurate. Philosopher Nick Bostrom of Oxford University kicked off this argument with his 2003 paper that insisted that at least one statement out of the three listed has to be true:

1. We are most likely living inside of a computer-powered simulation.
2. It is unlikely that a posthuman civilization will run any notable amount of simulations or any simulations showing variations upon their evolutionary history.
3. It is likely that humans will become extinct far before we ever reach what can be considered a “posthuman” state.

Simply put, at the current rate that we are seeing advancements in computer technology, it would be logical to assume that the civilizations of the future would have even more powerful supercomputers than we currently do, and these computers could be powerful enough to create simulated realities. Inside of these simulated realities would be simulated “characters” or other lifelike beings, and, in the case of Simulation Creationism, those beings or characters would probably be us.

Filmmaker Rodney Ascher dives deep into the various aspects of Simulation Theory with his documentary, “A Glitch in the Matrix.” He tells the stories of those interviewed who build their entire worldview upon this theory, and provides a plethora of information on the philosophical ideas that have led to such a conclusion.

A man by the name of Brother Laeo Mystwood is included in the documentary and tells Ascher and the audience of how his witnessing of numerous “glitches in the matrix” (or unusual events or circumstances) made him believe fully in the ideas of Simulation Theory. Paul Gude is another individual interviewed who came to the same realizations as a child as he became aware of how awkward and unreasonable it was that people were singing during a church service as he watched them. It was an odd enough experience that he began to believe that nothing was actually “real.”

One of the darker aspects of belief in Simulation Theory is that some people may view others within their simulation as somehow less “real” than they are, as something akin to NPCs (or “non-playable characters”) in a video game.

An example of this darker side is Joshua Cooke, a 19-year-old in 2003 whose undiagnosed mental health condition led him to have an unhealthy obsession with “The Matrix” and was consumed by thoughts of being in a simulation. Joshua acquired a shotgun to shoot and murder his adoptive family, but it was his trial that was the first instance of a variation on the insanity defense now considered the “Matrix defense,” which states that the defendant was inable to determine simulation from reality in the midst of committing a crime.

As far as the possible reactions to our world truly being a simulation, Cooke’s situation is an extreme case on the negative side of things, but Simulation Theory and Simulation Creationism are not innately negative or dark in nature, nor are the people who tend to support the perspectives as truth. Just as people share a variety of views and interpretations on religion and all of its implications, so do those who reflect on Simulation Theory and Simulation Creationism.

In both cases, the main thing all of us would like to know about our creation (whether “realistically” via religious beliefs or strictly just pertaining to the simulation) is who made us and why?

Bostrom proposes that it is likely that advanced future civilizations would want to create “ancestor simulations” to study different portions of their history, and we may just be one of these simulations they are running. Aside from this, these simulations could also be created simply for the sake of entertainment, just like how those of us who play video games might play “The Sims.” Maybe we are even simulated by aliens— who knows?

Ascher noted that if we are definitely in a simulation right now, there are a large number of possible explanations for why this is the case, but most of those reasons are significantly different from each other.

The following interview was conducted to gain further explanation from Ascher about both Simulation Theory and Simulation Creationism as well as more detail on his film, “A Glitch in the Matrix.”

2020 led to a lot of public discussion about us living in a simulation. What are your opinions on this?

Ascher: This just shows how deeply the concepts of Simulation Theory and its implications are infiltrating society and our culture in general. Twitter has a lot of this discussion and is one of the main transports for all of the unusual news headlines that keep circulating and blowing people’s mind, making them question even more if what we’re experiencing is a true reality or not. More and more people are joking about us being in wacky timelines or someone messing around with the code of our simulation just for fun at this point.

Those conversations can be enjoyable or fun at times, but they also serve as a way of blowing off some steam when the world gets too stressful— like saying that the world being simulated is a good explanation for why things are so absurd— or simply saying that since everything is a simulation, it doesn’t matter so much since it’s not even real.

One of the other issues that gets brought up in these discussions too is what the purpose of the simulation may be. Why exactly are weird things happening around us at times? Are these glitches? Are they errors? It may even be possible that these weird occurrences are the entire reason for the simulation.

What about some of the connections and similarities between Simulation Theory, Simulation Creationism, and religious ideologies?

Ascher: I figured a lot of the conversations I’d be having in the interviews conducted for the documentary would revolve around the science of a simulation on a scale this large, but instead a lot of people turned to ethical and religious perspectives on the matter.

Erik Davis, the author of “Techgnosis,” was one of the people interviewed as well. His book addresses the union of technology and religion, and it goes over the fact that Simulation Theory is very similar to past, and even ancient, ideas. These two concepts aren’t particularly interchangeable, but they’re very close, and it’s likely that earlier civilizations would have lacked the terminology and technological experience to be able to properly describe  a concept such as simulated reality.

However, they likely would have discussed the matters in a way pertaining to the ideas of magic and mystical explanations. Regardless of the chosen perspective, the implications of what one of these views says about a creator is what’s most intriguing. Most of us are familiar with the religious connotations of a supernatural, godlike being, but when it comes to Simulation Theory, there could easily just be a younger child of an advanced or posthuman civilization playing a game with us on their high-powered supercomputer.

How has working on your documentary affected your perspective or opinions on Simulation Theory?

One of the most powerful things I’ve seen is how significant Simulation Theory is metaphorically when it comes to helping us make sense of our reality and our world, even if we don’t explicitly have to 100% believe in the theory.

Emily Pothast mentioned how the allegory of Plato’s cave is similar to how present-day society absorbs all of our world’s shadows as our reality thanks to the media. It’s another type of thought experiment and one quite similar in nature to Simulation Theory.

The problem with this, though, is that the “shadows” we see in these cases — such as those pertaining to the media — may not even be accurate, whether that’s due to careless mistakes from people not researching what’s being presented by fact or whether it’s deliberately misleading information for the sake of propaganda or some hidden agenda. These concerns lead to some interesting places in the scheme of how our simulation functions and for what purposes.

For those who become obsessed with Simulation Theory, have you noticed any relation with or frequency of mental illness being present or these individuals struggling with empathy?

Ascher: Quite a few people have been led down rabbit holes into obsessive and somewhat unhealthy thinking on the subject, but that doesn’t really apply to everyone. People easily get obsessed with things and blow the whole scenario out of proportion, whether it’s the people that reach a point far beyond devotional with the Bible or someone like Charles Manson getting crazy over a Beatles album— he certainly didn’t have Simulation Theory playing a part in his choices of mentality.

What do you think makes Simulation Theory so appealing to people?

Ascher: Some people are interested because their friends and social groups are interested, some people look into it because of hearing someone they admire bring it up, but mostly, it seems to just be such an interesting concept that the topic makes its rounds both on the internet and in real-life social interactions.

While making the documentary, it’s also opened up a lot of doors for very intriguing conversations with people. For those who spend a significant amount of time pouring over the idea, they’re very likely to join discussion groups or converse with others about the possible explanation for our reality.

Would you create your own simulated reality if we ever acquired the technology for that to be possible?

Ascher: As tempting as that would be, the amount of responsibility attached to creating a simulated world is what would make me hesitate. No matter how neat it would be to do so and make people able to fly or other wild ideas like that, I don’t like the idea of the beings I might create having to endure harsh circumstances like people on Earth have had to go through. That makes me not want to do it at all.

Would your actions and behavior change if you found out that the world as you know it actually WAS a simulation?

Ascher: If I was the only active and conscious being in the entire simulation and no one else was real, I would probably act quite differently since it would be just like a video game. It would really depend on what the overall purpose of the simulation would be, if I were able to become aware of that.

The fact that reality was legitimately simulated wouldn’t be enough for me to really make any significant changes. Once we would be aware of reality being simulated, it would probably matter a lot less to us since our perception of our reality is about as real as this world is going to get.