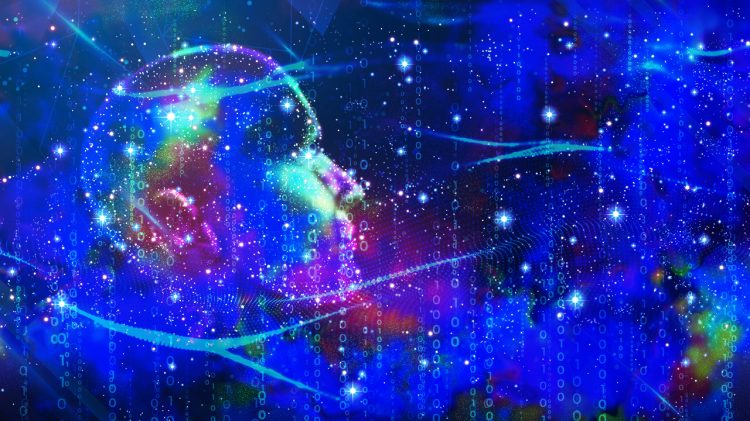 In Simulation Creationism, a theory proposed by Nir Ziso, founder of The Global Architect Institute, we experience The Simulation as a backdrop of our perceived reality. A cosmic “Supercomputer” simulates “a movie” playing in front of our eyes. What an analogy! While there are many consequences of such thinking, one issue still has a profound ontological effect. If we are in The Simulation, what things are real? The Bible reminds us we do not see things clearly: “The natural person does not accept the things of the Spirit of God, for they are folly to him, and he is not able to understand them because they are spiritually discerned” (1 Corinthians 2:14). Is everything simulated or are there some things fundamental to reality outside of The Simulation?

This question points to classic ontological thought that there must be fundamental categories through which we classify reality in its total sense. Physicists insist that the universe is a quantum mechanical wave function; it is all that exists, evolving through time and generating the probabilities of all events everywhere. There is no function per se. In fact, modern quantum gravity emphasizes this notion. It literally means that there is one big thing that describes everything and at the same time, one big thing with little quantum waveforms that come out of it.

It is typical of quantum physicists to say this. But it is contrary to classical mechanics, which divides things into a ball and a player, and they act on their own. Quantum mechanics looks at them as a system. To be fundamentally important means that one quantum wave function is the same norm for all regions of reality. This view supports the idea that the whole of reality is contingent, and that there could be absolutely nothing. It is an utterly atheistic idea with no ground in science or theology. Reasons, causes, and explanations are just ancient words for quantum mechanics theoreticians.

Obviously, this physical view lacks many things. There are always invisible elements: “For his invisible attributes, namely, his eternal power and divine nature, have been clearly perceived, ever since the creation of the world, in the things that have been made. So they are without excuse” (Romans 1:20). First, it leaves the mind out. One cannot explain complex things such as consciousness merely with the entities of physics. Consciousness is certainly among the fundamental things of existence. Of course, physical laws are present and should be taken into account. Is there a possibility of uniting consciousness and physics to find one basic underlying category of existence? That category would be something that had to exist, necessary in the sense that there would be no possible world in which that would not exist.

When we replace the word “soul” instead of consciousness, we see it quite differently. We know that the soul survives anything that happens to the body, and physicality is thus temporal while the soul is eternal. The soul is, therefore, fundamental. Apostle Matthew warns: “Do not be afraid of those who kill the body but cannot kill the soul. Rather, be afraid of the One who can destroy both soul and body in hell”(Matthew 10:28). It means that the body is not fundamental, but the soul is. It survives beyond any destruction: “the gift of God is eternal life in Christ Jesus our Lord” (Romans 6:23).

Approached from another angle, natural ontology or cosmology is well-known to humans. It is a questioning of what really exists around us, and we use our physical senses to approach such an existence. Can we be wrong? Sure we can! If a blindfolded person is asked to taste different fruits, particularly those unknown, this person would have a hard time guessing what this fruit really is. If we suggest that a particular kind of mango is in fact a banana, we would project or simulate a banana in the listener’s brain. Suggestions are far from a certainty. How difficult would it be to add to natural ontology mathematics and abstract objects that might have an ontology all of their own? Of course, there is the Platonic existence of logical truths such as mathematical theorems, and they necessarily exist. Some theories suggest that only abstract objects are of what reality is made. Bits of information rule The Simulation and keep it going. In a way, out of this completely abstract world, a concrete world emerges.

If these bits also contain consciousness, can we now agree that Simulation Creationism asks for panpsychism, where every single particle has or is consciousness? It is a question worth exploring. But maybe we are confusing some words. Namely, why would The Simulation not be reality? As we approach God in terms of apophatic theology, being sure what God is not, we cannot even dwell on His reality. The only reality we know is simulated creation, and everything that necessarily exists is in it. At the same time, we know there is God and there is The Simulation.

For God, there is benevolence, a sort of ethical requirement to create the best possible world, consistent with His nature. There is also the omniscience of knowing what the best world would be. This is part of primary existence, connected to consciousness. A secondary existence is connected with physics. This is the universe. Most physicists do not know what this operator is. For theologians, it is constant creation, while for Simulation Creationism, it is The Simulation’s “Supercomputer” that makes The Simulation real. We see it in the Bible: “By faith, we understand that the universe was created by the word of God, so that what is seen was not made out of things that are visible” (Hebrews 11:3). God also created things within The Simulation. We can holistically see all of them as categories of existence.

Body in The Simulation: bodies in the afterlife

Body in The Simulation: bodies in the afterlife