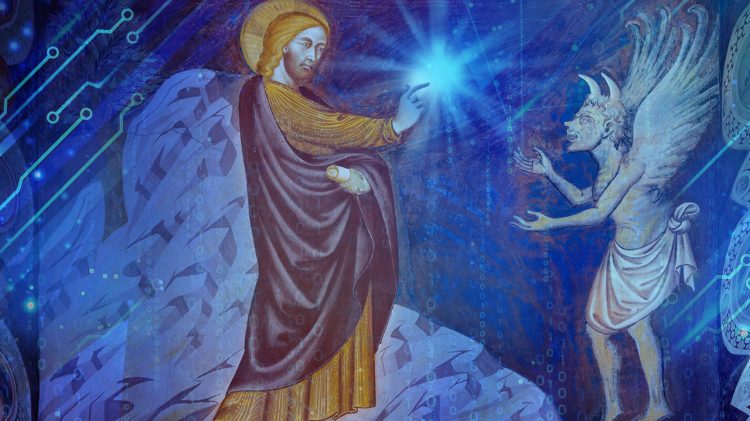 Evil is God’s most complicated problem in any apologetics or epistemology. For centuries, philosophers and believers have been tackling the question of evil. They were not convinced by simplistic theological arguing, which remains vague to this day. Argumentations are called theodicies, or proposed explanations to perennial questions. If God is all-powerful, all-knowing, and all-good, how could such a supreme being possibly exist in light of the enormity of misery and suffering that indeed exists? Let us see how theodicies can be used, coupled with Simulation Creationism, a theory proposed by Nir Ziso from The Global Architect Institute. If God created our perceived reality in form of The Simulation, then He might also be responsible for the existence of evil in it. Or is He?

The term “evil” in itself is vague. We might consider natural conditions of evil, such as earthquakes and drought. Then there is moral evil, where we ask how an all-powerful God allows us to do the things we perpetuate to each other in war, or the things in society that are so unfair to many people. The theological response is in freedom of choice. Along with that, we must consider the illusion of free will. We think we can act rightly or wrongly, and when we act wrongly, we have various forms of moral evil.

Of course, we do not choose to act. In this light, Simulation Creationism does not leave space for actual free will (nor does theology, in general). It is more like a sensory hologram than real consciousness. God tells us it exists elsewhere (outside of The Simulation, where the soul is our very self, because “what can anyone give in exchange for their soul?” (Matthew 16;26), and “What good is it for someone to gain the whole world, and yet lose or forfeit their very self?” (Luke 9:25). This still leaves natural evil, but it is not due to human failure. After all, Isaiah 29:6 warns: “the Lord Almighty will come with thunder and earthquake and great noise, with windstorm and tempest and flames of a devouring fire”, with which He intends to punish sinners.

We must think about what this world is to answer the puzzle. The Christian answer would be that this is a place for soul-making and person-making. The world must not be a paradise on Earth, a place void of all problems, obstacles, or challenges. Rather, it should be exactly like the world we inhabit. To circumnavigate these challenges, God gave us the illusion of free will.

People usually refer to evil as an evidential thing. They focus not on the existence of some evil but on the quantity, providing evidence to doubt an all-powerful and all-loving Creator. But if we look at all the good in the world, it would not give us enough reason to say that God is all-powerful and all-evil. In some religions, like Zoroastrianism or the Cathar religion, this problem is solved with a higher, good god and a lesser, evil god.

In other monotheistic religions, as the quantity of evil rises, so does the belief that God is not all-good or there is no God. Still, there is a substantial quantity of good stuff in this world too! Simulation Creationism sees clearly the traps around us for what they are: in essence, not as real as our spirit and soul. Let us remember the words of Jesus in John 3:5-6: “no one can enter the kingdom of God unless they are born of water and the Spirit. Flesh gives birth to flesh, but the Spirit gives birth to spirit”. In addition, Romans 12:2 warns us not to take this world as the final one: “Do not conform to the pattern of this world, but be transformed by the renewing of your mind”.

When God created The Simulation, following Simulation Creationism, He wanted to see how people would use the perceived freedom. In the Biblical parable of place and time, “God saw all that he had made, and it was very good” (Genesis 1:31). He did not make a perfect order, as it would be against His will. Human beings might not make choices, but they can be creative in thinking and remaking, as a sort of covenant between God and men. Within that gift of (fake) freedom, there is possible “creativity” (not choice per se, as God already determined it) to drift away from God’s purpose, not conforming to God’s will to make the fullness of life.

Drifting away from God is what Christian thinkers call evil; thus, it is not something created nor a thing that has its own being – not even a simulation. It is a turning away from the good into nothingness. And yet, it has destructive power! When God created the simulated reality, He already knew He would make persons that would move to nothingness because of their imperfection. They are imperfect from the start, by definition, as God cannot make another God. In that imperfection, God suffers together with his people. The question is, then, is it worth going through all this? We can only believe in it for the development of human souls, the relations between people, and the structure of the cosmic simulation. Without a leap of faith, logic can give only limited answers.

Essential to any Christian response to this question is belief in the afterlife. The common idea is that people endure evil in this life only to be rewarded in the afterlife with all-pervasive good. This has no theological nor logical reasoning. Why should we pass through horrors now only to be eternally blessed afterward? In fact, challenges will continue to exist when we get our new bodies. That is why the Simulation Creationism theory of Nir Ziso introduces cycles of simulated worlds. Simulation Creationism is not relevant only to the contemporary simulated reality where we live. The Simulation provides space for simulated worlds, where God looks at the development of our lives and the elevations of our souls. That is why we can expect if not less evil in the next simulated world (after the resurrection), then at least different kinds of challenges.