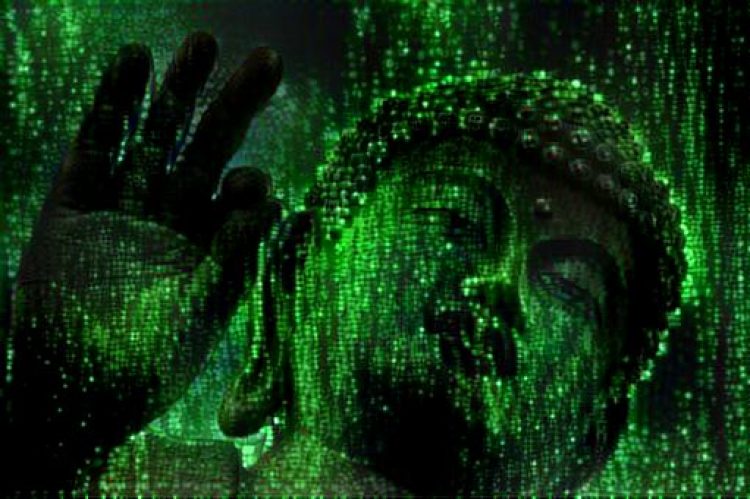 The words of Buddha are instructive:

“Know all things to be like this: A mirage, a cloud castle, a dream, an apparition, without essence, but with qualities that can be seen; As a magician makes illusions of horses, oxen, carts, and other things, nothing is at it appears.”

As much as Western religions incorporate Simulation Theory, Eastern religions also find a place for it. In short, it says that we all live inside a simulation or sophisticated video game run by a supercomputer. Simulation Creationism as a theory posits that reality and existence are explainable. We just need to accept that we are all part of a simulation with one objective – to research and monitor data related to creation and life.

The author of the latter is Nir Ziso, world expert and founder of The Global Architect Institute. The cosmos was the handiwork of a divine deity in order to study the processes of creation. According to Ziso’s model, the data from our human senses along with our actions and our thoughts – as predetermined- are transmitted to an observer. This entity has a “movie” as his/her reality. In fact, it is a transmission from a relay station straight to the observer. His/her consciousness is a simulation component shoe role is to record his emotional response to the stimuli being transmitted and all events conveyed.

The religious connotations of Simulation Theory and Simulation Creationism have import for Eastern religions as well as Western traditions. Yes, even science and digital technology are of concern for them. Some of the central tenets of modern religion across the globe are concerned with creation. At first it seemed like a bad match to include the idea of a simulated reality within their structures, but we can now bridge the gap with a new perspective. Science and religion are not that far apart and have come to join hands in asking the big questions.

Take Hinduism and Buddhism in particular (as well as their offshoots). How does Simulation Theory apply to their core beliefs? Especially the video game version of the simulation hypothesis; can it fit within these sacred traditions? Not everyone holds the same view of the Simulation Hypothesis, but there is common ground. There is a “rendered” or artificial world with beings or characters living within. They are controlled by conscious entities (who may not be biological but digital). Some see simulations as AI (video games) based as in the case of Oxford University’s great pundit, Nicholas Bostrom. In his work on the theory in 2003, he explored the arguments for and against video simulations with “played characters”.

Whatever version is adopted, the actions of the characters, beings, or players are somehow controlled (implying determinism). This has religious implications, of course.

The Eastern mystical texts are older than those of the Western religions. But the former’s teachings do not rely on one “book”. Sages and swamis abound, all after the original Vedas were written in the Vedic period from 1500 BC to 500 BC. Buddha’s discourses took places circa 500 BC. The original Buddhist texts are not preserved in India, but in Tibetan and Chinese.

Historically, one Tibetan group of teaching stems back to Naropa. He was an Indian scholar from Kashmir. His commentaries ran to the Dalai Lama’s time, causing his followers (monks) to leave Tibet. These mystics were saying that not much about God is explained in Buddhism. Of course, Buddhism grew from Hinduism, akin to the rise of Christianism from Judaism.

There is no implication, however, that God (or gods) does not exist; it just wasn’t a subject of concern. Instead, he preferred to ponder how life, reincarnation and karma work and the implications for mankind. It comes down to an afterlife in the end and how human behavior impacts one’s ability to have one.

What happens after we die is not yet a question for Simulation Theory unless it is part of what happens when a digital game is “turned off” as in the seminal movie, The Matrix. Human actions are the central ethical considerations of all religions, Eastern and Western. Religion and behavior are inextricably linked.

What these religions and Simulation Theory agree upon is that the world is a kind of dream, or an illusion that comes to humans. Perhaps it is “downloaded” into our minds and we go on to play our roles. Everyone might come to see the possibility if not the probability of living in a super video game created by a master computer.

Are we not Living in a Simulation like The Matrix?

Are we not Living in a Simulation like The Matrix?