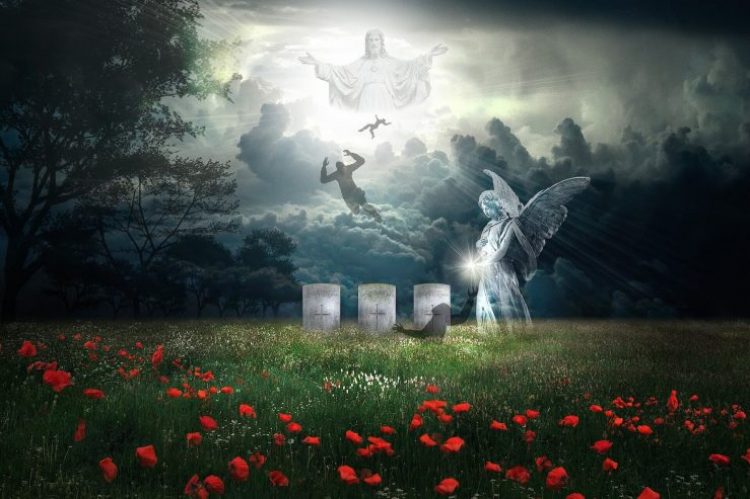 Do Souls Move between Simulated worlds?

In Hinduism and Buddhism, souls are trapped in a series of reincarnations that depend upon how a person lived in a previous life. Many do not realize that Christianity also speaks of incarnation in a new body with the same soul. But it keeps us from full communion with God: “Therefore we are always confident and know that as long as we are at home in the body, we are away from the Lord” (2 Corinthians 5:6). Still, it is a very different idea of reincarnation. Of note, it has a philosophical background in the ancient Greek concept of metempsychosis. In a modern vein, Simulation Creationism, a theory proposed by Nir Ziso from The Global Architect Institute, considers cycles of simulated worlds. It may well be possible that indestructible souls “travel” from one simulated world to the other, as described by those Greek philosophers who later influenced Christian teachings.

For all religions in the world, the soul is eternal. Metempsychosis literally means to blow old life (soul) into a new body, and it describes a cyclical transfer of souls into new physical realities. The use is fascinating, as it reminds us of the Biblical account of God’s creation: “Then the Lord God formed a man from the dust of the ground and breathed into his nostrils the breath of life, and the man became a living being” (Genesis 2:7). It is the breath of God that sustains us, not physical surroundings.

This belief is shared by many famous Greek philosophers. Cycles of life are shared with Indian religions as well and are rudimentary in Persians, Egyptians, and shamanic traditions. In Judaism and Christianity, it is water that gives eternal life, as proclaimed by Jesus: “Indeed, the water I give them will become in them a spring of water welling up to eternal life” (John 4:14). However, three monotheistic religions do not have a cyclical concept of time or believe in pre-existing souls, but in the creation of souls by God that become eternal. It is an important distinction because Indians and Greeks do not have one single Creator and God but many, and they did not necessarily create human souls.

Another distinction is the employment of cyclical time. In India, it is very present (samsara). Greeks understood the ontological beginning of time to be chaos and questioned whether the universe had a start. Others, like Parmenides, thought that time does not exist and is an illusion. This notion is readily accepted in Simulation Creationism because time is just a simulated dimension in which human souls are challenged. We see it in one way, but in divine reality, it is different: “But do not overlook this one fact, beloved, that with the Lord one day is as a thousand years, and a thousand years as one day” (2 Peter 3:8).

Greeks believed in the creation and destruction of the cosmic order, the outline of the universe, and the return to unclear chaos. What is undoubtedly true for the line of Greek philosophers from Hesiodus to Socrates and Plato is that what is alive cannot become non-alive, so the soul must endure all these cyclical changes. It is similar to Simulation Creationism’s idea of cycles of simulated worlds, where conditions and orders might differ from one simulated world to another, but the soul remains intact.

There are many ancient beliefs about souls that can transfer to another kind of being – an animal, a plant, even a demon. India and Greece have more sophisticated ideas, directing the human soul’s purity toward a higher goal, also found in Christianity but still different. With time, Greek thought accepted the idea that transfer to non-human beings is probably not possible. Simulation Creationism would not be in line with Indian reincarnation because the ethical prerequisites of Christianity make it impossible for a soul not to learn even in the worst simulated world. Progress that leads to the new heaven and new earth, as God promised Prophet Isaiah: “See, I will create new heavens and a new earth. The former things will not be remembered, nor will they come to mind” (Isaiah 65:17).

In India, the body has less value than it does in ancient Greece and Christianity. Still, Greeks did not consider the body to be significant from a philosophical perspective. Death cannot do anything to a human soul, the real “I” and human character. It can only affect the body, which has nothing in common with the real “I.” Plato wrote that most souls live ten lives on the earth, and one life cycle and rebirth lasts a thousand years. There is a way out, though. Plato thought philosophy and the quest for wisdom would set people free.

Such metempsychosis is quite strange for Greek thinking; it was brought through mystical oriental teachings only to be further developed philosophically by Empedocles and Plato. Later, Plato and Aristotle suggested that there are different kinds of souls. The human soul has reason and logic, so it cannot be reborn in an animal body. This philosophy would later be accepted in Christianity as accurate. When we resurrect, we will be in a human body, not a lion’s. It is what makes humans unique compared to other created beings. It is supported both by the Bible and Simulation Creationism because humans were given the authority to manage the created world.