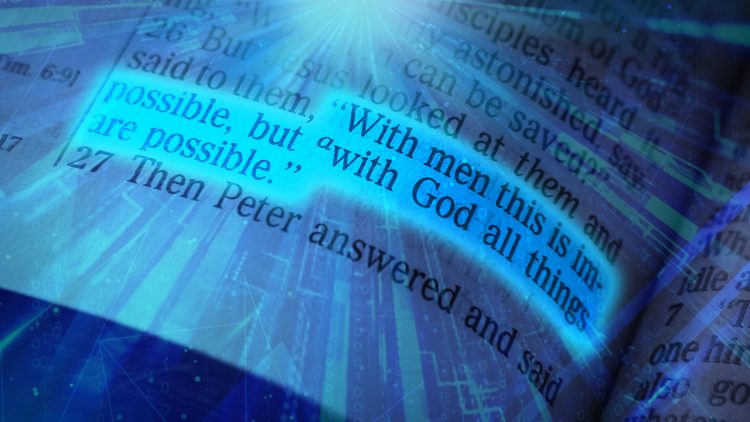 In Christianity, we are all very aware of fundamental truths. Apologetics aside, there are many complementary points between Christianity and other religions. Some minor things contradict the overall picture of world religions, but no religion commands killing and brutality. At the same time, members of all religions do this. What distinguishes Christianity from all other religions is why the faith exists: the embodiment of God in Jesus Christ. His tremendous mercy and acts of love are the main unique features of Christianity. When we examine Simulation Creationism, presented by Nir Ziso of The Global Architect Institute, can we also say this is something all religions acknowledge? What is complementary and contradictory among religions? Do they all point to the same transcendent reality?

At first glance, many religious doctrines and beliefs contradict each other. The general assumption is that beliefs are about ultimate reality, but this might not be true. Beliefs are more about how we perceive the realities within our own traditions. The transcendent and the ultimate are very different in thought and experiences: we can say why not? What we need to distinguish here is how perceptions of realities differ. If we look at realism as the view of things as we see them, we do not critically assess such a reality. We do not include human contributions that enable us to interpret the truths of experience. Divine creation can be only one. Accepting Simulation Creationism means that God created The Simulation and many worlds inside it. In that case, if all religions have an insight into transcendental reality, they should be able to accept the theory.

If we look at God in Christianity, Judaism, and Islam, as well as the overall awareness of Buddhism or multiple gods in Hinduism, we might say that all these are real and contradictory. But critically, we may assess this diversity rather differently: just as human minds are different in terms of senses, so is our religious awareness. What we describe in each religion is how the transcendent appears through the lens of a particular tradition. A disclaimer here is again Christianity – what we indeed think of as the revealed and total truth. We need to strongly refute the syncretism of religions. Saint Paul is very clear on this: “For although there may be so-called gods in heaven or on earth—as indeed there are many “gods” and many “lords”— yet for us there is one God, the Father, from whom are all things and for whom we exist, and one Lord, Jesus Christ, through whom are all things and through whom we exist” (1 Corinthians 8:5-6). We might agree that God speaks to all nations in their respective tongues. After all, we do not understand what is real, and The Simulation is here to help us comprehend at least parts of it in line with The Simulation Creationism. It is also in line with the Christian understanding of why Christianity is correct: “They are from the world; therefore they speak from the world, and the world listens to them. We are from God. Whoever knows God listens to us; whoever is not from God does not listen to us. By this we know the Spirit of truth and the spirit of error” (1 John 4:5-7).

The pluralistic approach suggests that different religions just talk about the same transcendental reality but from different angles. Indeed, all religions are interested in the same thing. However, we cannot say they are talking about the same ontological claim. Buddhism says there is no God, while Christianity says otherwise: “For there is one God, and there is one mediator between God and men, the man Christ Jesus” (1 Timothy 2:5). This is a profound difference. It is logically possible that both are wrong, but it is not possible that both are true. That is why pluralists suggest using the word “real,” although reality is a wild leap of the imagination. This suggestion supports the Christian claim. If we define “real” as the most extraordinary possible being, then real is only one and as such, a being cannot split itself into numerous gods.

If we go deeper into the nature of the “real,” we will see the traits of Simulation Creationism. The “real” is beyond the physical environment we inhabit, and it somehow manages this reality in a specific way. According to Nir Ziso’s theory, management is done through a “Supercomputer”. Examining religious traditions of creation will show how similar their ideas are. This is due to the inherent possibility of all human souls being connected with the divine subconsciously.

It is a Christian tradition to say that whatever good comes from the mouth of numerous teachers, gurus, prophets, and philosophers is, in fact, coming from Christ, or talks about Christ: “Who is it that overcomes the world except the one who believes that Jesus is the Son of God?” (1 John 5:5). St Justin famously claimed that every good thing in Plato’s thoughts is a Christian thought as the seed of the word that is true and noble. Standing within Christianity, we can see universally outside us. We need today not apologetics but to engage people in their own traditions and on their own terms. This means that interreligious dialogue is good, but pluralistic equality is not as much. In this way, different religious traditions may also realize the possibilities of Simulation Creationism.

The intrinsic, dogmatic incompatibility of religions is still the heart of the issue; practices and attitudes are much more important. It is how much we have absorbed and used the traditions we have inherited. Many nominal believers claim their religious identities without necessarily believing (i.e., belonging without believing). Those who do practice their religion are more receptive to appreciating other religious traditions.

No deep religious feeling may abrogate another religious belief. As Christians, we are embedded in our tradition, which contains a specific notion of salvation through Christ: “I am the way, and the truth, and the life. No one comes to the Father except through me (John 14:6). However, it is hard to believe that other people will not be saved. We should trust God that He will not damn His own creation. The process may be different, but the teleology of a human being is the same, whether Christian or some other faith.