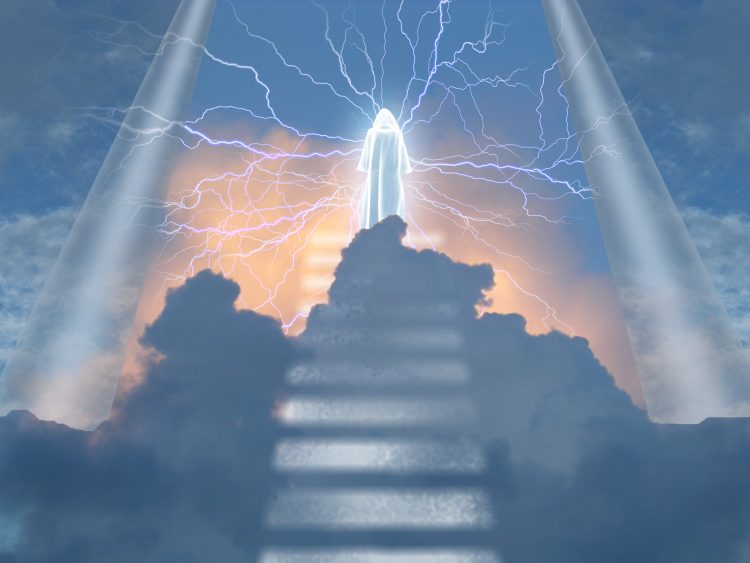 Death is the major question on the table, as it has always been. Consider the words of Albert Einstein upon the death of an old friend, “Now Besso has departed from this strange world a little ahead of me. That means nothing. People like us … know that the distinction between past, present and future is only a stubbornly persistent illusion.”

That death is an illusion is strong stuff indeed, but evidence is mounting! We have long thought of death as a fact of life. In classical terms, we live an “objective observer-independent existence”. Now this is coming into question with modern scientific experiments. What do they tell us? That life is the result of molecules in motion and the activity of carbon is a limited perspective. We do not just rot in the ground after death.

But this is what we have been taught to accept. While it may be true of the body, it is not true of the soul. Let’s call it consciousness. Biocentrism is a new theory of everything that attempts to answer the big questions of life and death. Of note, death might not be a terminal event at all. We must consider life and consciousness in a new light and posit an observer of space and time. We react to the laws and constants of the universe – including its restraints – such that human life is the end goal of a fine-tuned existence.

How does biocentrism help us understand reality. As we shall see, this is the same goal of Simulation Theory and Simulation Creationism. All roads lead to the same goal.

Think of weather, a perennial aspect of existence. Posit a blue sky that can turn another color – say green or red. It would just take some genetic engineering. It would change everything! Now our brain circuits operate in the normal way, but what is “normal” can change. It would be a reversal of logic and what we think of as human consciousness.

However, we do know that there are limits to that consciousness. It is said that the eyes are the portals to the outer world, taking in a myriad of information in the form of stimuli. But biocentrism offers a new twist. The reality of space and time is quite different. They are not objective facts. They are constructs of the mind to help the brain interpret reality. They are tools of the brain trade so to speak.

There is a famous double-slit experiment that makes this case. It entails a particle passing through two slits in a barrier. Scientists then observe that it going from one to the other, behaving like a bullet. However, if not watched, it also acts like a wave, going through both slits simultaneously. This change of behavior may seem perplexing, but it depends on whether the particle is watched or not. This is how consciousness works.

It is the same with the noted uncertainty principle of Heisenberg that revolves around measuring particles, which is not possible. Why? Because particles are changing their location when we are trying to measure them. You can’t know their momentum and location at the same time. Add the idea of entanglement, and we can ask how “entangled particles” are connected at the same time on opposite sides of the galaxy. If space and time don’t really exist, we can’t answer the question.

Apply this to the concept of death. It is not there at all if the world is timeless and spaceless. Immortality must reside beyond and outside of time. It is hard to fathom for the likes of us who adopt a linear mode of thinking. But scientists know otherwise. In 2002, researchers revealed that photons, or particles of light, know what their “twins” will do in the future. What? This was an actual test of photon communication.

The tested photon was either a wave or a particle, depending upon the observer. The scientists conducting the test added a scrambler such that the particle “knew” the future before it happened. It was as if there was no such thing as space nor time. Thus, particles can decide what they are before their “twin” encounters the scrambler.

The conclusion is that the human brain determines how particles behave. Herein lies the observer-dependent effect. It was confirmed by a French 2007 experiment that appeared in Science, an industry journal. The researchers shot photons into some kind of device and watched them change something that had already taken place retroactively. Again, it was about behaving like particles or waves when the photons hit a beam splitter.

It is interesting that the experimenter at the helm of another beam splitter could switch it on and off after the photons had passed through it. The observer made the decision as to what occurred in the past. We have to assume this is how our “real” world operates. We may only see it at the microscopic level, meaning we have a two-world view with different sets of physical laws. But this has become old hat. It is becoming challenged across the globe in many experimental labs. Test after test is revealing the news: quantum physics is part of the macro world too.

Physicist Nicolas Gisin was one of the innovators in the field. He sent “entangled particles” careening along optical fibers to reach a distance of seven miles apart. They communicated immediately, what Einstein calls “spooky action at a distance”. We agree that there is connectedness between bits of light or matter. There is no space between them and no concept of time to interfere with their behavior.

The journal, Nature, published a paper in 2012 on the subject. The distance was greatly increased between the entangled particles. Call it “quantum teleportation”. The distance was as much as across Qinghai Lake in China. Scientists have also been contending with “buckyballs” or huge molecules to demonstrate the application of quantum physics to the macro world. It has left the confines of the microscopic plane. More such work is underway.

It seems like the realm of science fiction when it is not. We are confirming that we can’t predict what we will observe under the laws of quantum physics. We have different probabilities given the “many-worlds” view now taken by scientists. Each observation corresponds to a given “world”. We live in a multiverse in effect with an infinite number of universes acting simultaneously. Hence all possibilities exist. In conclusion, death does not exist. It is a comforting thought, so we might as well go with it. We are happy to abandon our old linear way of thinking.

What happens when we die? Since we live in a non-linear dimensionality, it is not what we have assumed. Think of a flower that returns again and again to bloom in the multiverse. It is beyond any human sense experience. It is not insanity at all, but a real option when viewed in the light of the new science.

Death in whatever form we accept it must be part of Simulation Theory and Simulation Creationism. After all, their purpose is to understand reality and the meaning of human life. While the former theory arrives at the idea of humans living in a digital simulation created by a mastermind behind a supercomputer, the latter postulates an observer receiving human sense data from a relay station. It is a model from Nir Ziso, the founder of The Global Architect Institute.

We can assume that if there is a deity behind creation, there must be death. But this is not a clear position of Simulation Creationism. But it does seem to be clear that biocentrism and Nir’s concept share the role of an observer. The implication is that anything and everything is possible. As we let go of the mental constructs of space and time, we can release the grip of logic and enter a different realm.