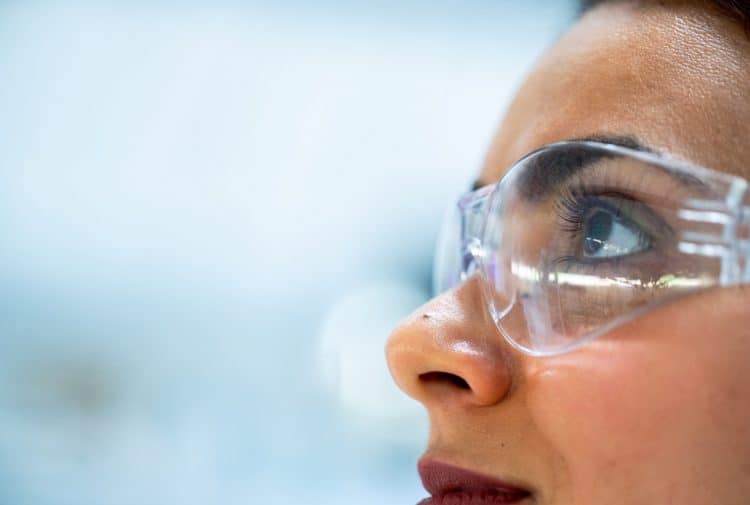 Last year, it was a surprise to learn that people still taught Creationism in science classrooms. Its persistence was discussed among a group of scientists and researchers from Texas University. The SBE (State Board of Education) there streamlines science standards and has incorporated a language in the Evolution standards from the Creationist movement; this is just a glimpse at the campaign that has been successful in making Evolution controversial.

In a hearing with the SBE, others were ready to speak about what was on their minds. Angry parents and guardians snapped about religious concepts having no place in science classrooms, and people who represented conservative think tanks quietly discussed specific clauses and standard phrases. These people never mentioned Creationism or Evolution explicitly. The representatives there were from institutes with religious motives, and they argued the unsettling science of change. In 2009, the state board agreed to the appeal of examining all sides of scientific evidence while teaching Evolution, even though Evolution doesn’t have any sides.

Advocacy groups are successfully pushing the argument in several states, even while continuously losing major court cases since the inception of Creation Science in 1963. Studies show that Americans doubt the theory of natural selection. In 2015, a Pew report found that, although 62 percent of the American population believes that humans evolved over time, only 33 percent believed that life came into existence entirely through natural processes. In 2005, only around 40 percent of Americans said that they accepted the idea of Evolution; this was down from 45 percent 20 years before.

A part of the American population, especially the youth, believes in Simulation Creationism. This version of Creationism brings religion and science together. People think that God himself has programmed this universe, and the things that happen in this world are already pre-determined. These beliefs state that we live in a simulated reality programmed by either God or advanced civilizations. Simulation Creationism is growing more popular with the support of many intellectuals.

Among community college biology students in Texas, 85 percent are spending five hours or less learning about Evolution. At Minnesota University, 64 percent of students report that their biology course has both Evolution and Creationism, which is likely violating court rulings about the balanced treatment being unconstitutional.

Since the early 1920s, the Creationist movement has bound beliefs in Evolution with political views. Creationism is taught in American science classrooms because it is believed that there is a conflict between Evolution and the literal interpretation of the Bible, therefore conflicting with strains of Christian belief and ideology.

Similarly, polls display that climate change has become partisan politics and considered ideology despite efforts to convince evangelical Christians that climate change is also a Christian issue. According to a study, the suitable predictor of whether a lecturer teaches both sides of climate change was whether people agreed with the statement that it’s not the government’s responsibility to protect people from themselves.

Teachers and students report that people tend to avoid controversial topics. Teachers fear the reaction from parents, and people receive little or zero support from the administration. Lecturers feel ignorant of their subjects, and there is uncertainty about the scientific consensus. For all the controversial talk, more than 95 percent of scientists choose to teach only Evolution. Over 97 percent of researchers accept that humans are the reason for climate change, but only 45 percent of school teachers believe in human-caused climate change.

There is a compilation of standards for each subject in the United States of America’s education system; these standards decide what topics go into textbooks and how much students are supposed to learn in each grade. Teachers and schools then design a curriculum to reach that end. Education officers use different methods in different states; but in each state, the Board of Education determines the standards. In 24 of the states, elections determine either a part of or the entire board. In other states, the governor has the power to appoint members. In both cases, little or no qualifications are required.

In the stateof Texas, board members are the state’s most powerful elected representatives. Board members represent more people than congressional representatives or state senators. According to the NASBE (National Association of State Boards of Education), the mission is to incorporate the public concerns, policymakers, business leaders, and civic groups with educational standards, accreditation, graduate requirements, and qualification requirements.

After the 2016 election, there was a proposal of a new wave of bills and resolutions by the state leaders to allow greater academic freedom in science classrooms. These resolutions and statements would encourage lecturers to teach diverse and dissenting views on basic consensus science in practice.

For instance, in Florida, there was a law passed by lawmakers last July allowing any resident to object to classroom materials. The law has the support of a conservative group of Florida citizens. One group leader says to PBS that those textbooks seldom mention Christianity and show bias towards Islam. Children should be taught both Darwin’s theory and the biblical perspective in the same manner since both approaches are just theories.

Idaho lawmakers took an even more direct approach. The State Legislature rejected new science standards last February, the first time since 2001, because of the disapproval by Republican representatives of new terms about the role of human activity in climate change.

Meanwhile, Heartland Institute, a conservative think tank, has cast its efforts nationwide. The organization published a report by NIPCC (Nongovernmental International Panel on Climate Change), a riff on IPCC (Intergovernmental Panel on Climate Change) that publishes periodic reports on climate change. Three scientists writing for NIPCC argued that carbon dioxide isn’t driving global warming, and that IPCC reports are not credible and are biased. The Heartland Institute mails its notice to more than 300,000 public school teachers along with a DVD, encouraging them to use those materials in their classrooms.

To counter the campaigns that try to remove science from public classrooms, we need people who will come up and argue for the inclusion of climate change in the public school syllabus. Oard can be pushed to remove some of the Creationist language by calmly stating all the qualifications, opinions, and scientific evidence.

Anyone can get involved with their state boards, and it’s the board’s job to hear people out. Several things have been learned when dealing with state boards.

The first thing to take note of is that you should be specific. Often, the board only considers a particular piece of proposed language, so frame the argument around why the council should accept your idea. There is no need for general principles or grandstand.

It will also help if you always stay calm. These meetings draw out a lot of passion from people, but getting loud or angry makes people quick to dismiss your ideas.

You should get copies of any statements in writing. Any additional documents or evidence for each board member and the office staff can help influence the board members in your favor.

You should always be aware of and pay attention to the time limit. Most of the time, you will have only a few minutes to testify, and then you will be cut off. You’ll want to use your time efficiently and still get your point across.

Be proud. Involvements push the boards to do better. If you need support or feel hesitant, try reaching out to a local community or any non-profit group. These groups will help to get you started.

These efforts are essential. Evidence suggests that the best prediction of whether a school student believes in human activities impacting climate change is whether the science lecturer believes climate change exists in the first place regardless of their belief in human causes. Skepticism affects adolescents. These adolescents perceive skepticism in their parents and peers, yet, they are better than parents when it comes to evaluating evidence independent of ideologies as long as they receive a good climate education. The key is to ensure that lecturers include climate change in their lessons.